Jonathan Haidt And The Preening About A Lack of Understanding 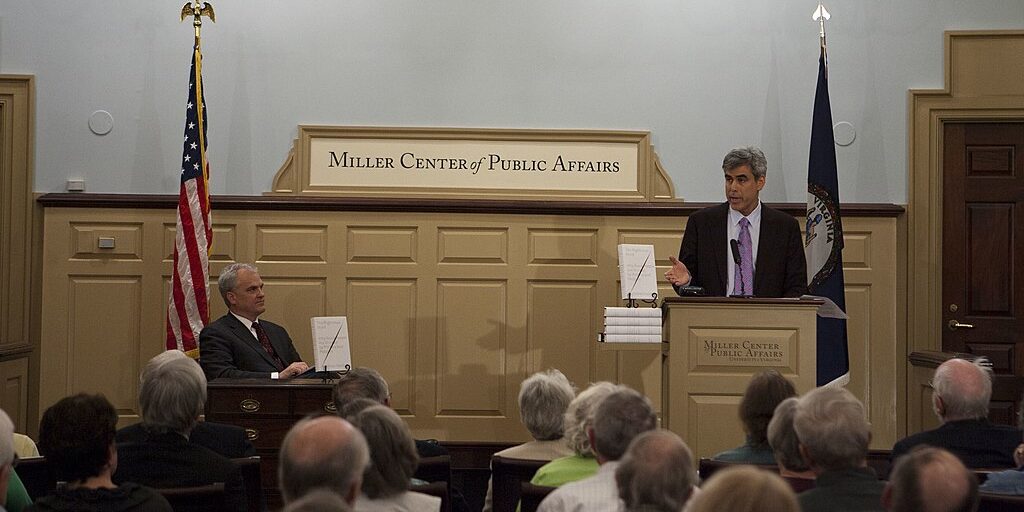 Much ado is always made here at Ordinary Times about how liberals fail to understand conservatives and how conservatives very much understand liberals. This alleged dichotomy is the basis for a great deal of conservative smirking and head patting directed at the few liberals (myself included) who grace these pages regularly, since if we don’t “understand” conservatives we surely can’t be allowed, much less encouraged to engage with them.

How dare liberals question conservative patriotism because we look at the significant lack of public condemnation of the January 6th Insurrection and conclude conservatives want it that way. How dare we call out the apparent hypocrisy of demanding – loudly and with guns – body autonomy for mask wearing during a pandemic while refusing to grant women body autonomy over reproduction, as conservatives in Texas are now doing. If Liberals only understood conservatives the “WHY” of all this would become apparent, and THEN we can have cogent policy discussions. Except of course when “OWNING THE LIBS” is the order of the day.

All this preening about a lack of understanding is rooted in Jonathan Haidt’s Moral Foundations Theory – most publicly detailed in “The Righteous Mind: Why Good People Are Divided by Politics and Religion,” which he published in 2012. Haidt based his conclusions on a survey of 2000 people which led him to the following 6 foundations (reproduced from Moralfoundations.org). I have bolded the ones he claims liberals operate from, and italicized the ones he claims are ADDITIONAL foundations that conservatives use:

1) Care/harm: This foundation is related to our long evolution as mammals with attachment systems and an ability to feel (and dislike) the pain of others. It underlies virtues of kindness, gentleness, and nurturance.

2) Fairness/cheating: This foundation is related to the evolutionary process of reciprocal altruism. It generates ideas of justice, rights, and autonomy[efn_note)In our original conception, Fairness included concerns about equality, which are more strongly endorsed by political liberals. However, as we reformulated the theory in 2011 based on new data, we emphasize proportionality, which is endorsed by everyone, but is more strongly endorsed by conservatives[/efn_note].

3) Loyalty/betrayal: This foundation is related to our long history as tribal creatures able to form shifting coalitions. It underlies virtues of patriotism and self-sacrifice for the group. It is active anytime people feel that it’s “one for all, and all for one.”

4) Authority/subversion: This foundation was shaped by our long primate history of hierarchical social interactions. It underlies virtues of leadership and followership, including deference to legitimate authority and respect for traditions.

5) Sanctity/degradation: This foundation was shaped by the psychology of disgust and contamination. It underlies religious notions of striving to live in an elevated, less carnal, more noble way. It underlies the widespread idea that the body is a temple which can be desecrated by immoral activities and contaminants (an idea not unique to religious traditions).

6) Liberty/oppression: This foundation is about the feelings of reactance and resentment people feel toward those who dominate them and restrict their liberty. Its intuitions are often in tension with those of the authority foundation. The hatred of bullies and dominators motivates people to come together, in solidarity, to oppose or take down the oppressor.

At first blush one could easily conclude that yes, Liberals don’t understand Conservatives if in fact the split is as Haidt describes it. Unfortunately, he misses the part where liberals do in fact reason and decide in all six moral foundations, but do so differently than conservatives.

Take Liberty/Oppression. While Haidt acknowledges that this is often in tension with the Authority Foundation, neither he, nor our conservative commentators here believe that liberals reason from this foundation. And they are wrong.

Liberals use this foundation as the basis for our continued push back on the systemic racism of America, where we find a lack of liberty for many segments of society baked into the judiciary, the laws and legislative processes, the public schools, and taxation. We also view the attempts to restrict abortion as a frontal assault on personal liberty. And since we see many bullies engaging on this issue – throwing blood on doctor’s cars, bombing clinics, following and physically harassing women seeking abortion – we come together in solidarity to take them down.

Liberals living a foundation of Loyalty really shouldn’t be in question either, except that many conservatives seem to have concluded that this is an extremely performative foundation (witness the Trump 2020 flags still flying around the US) and since liberals aren’t performative about it, we must lack it. More thoughtful conservatives also claim that our continued questioning of our own history, our government, and even them is deeply unpatriotic, which is apparently to say that we lack what they believe is loyalty to America and to them, our fellow citizens.

Hogwash. Loyalty is not blind obedience. The Boy Scouts define it as “LOYAL – Show that you care about your family, friends, Scout leaders, school, and country.” The Oxford Languages online definition is “a strong feeling of support or allegiance.” Neither of those is an exclusive definition (meaning you MUST create and enforce out-groups), and neither requires blind obedience nor refusing to question. So, for Liberals, our loyalty to America and our fellow Americans is openly displayed in that questioning which we firmly believe is necessary to create a better country for all.

Authority is a foundation much in the news the last two years, especially with so many conservatives refusing to acknowledge traditional authorities in the public health communities while flocking to illegitimate authorities in search of excuses to maintain a hyperextended sense of personal liberty (there’s that tension again).

That Dr. Anthony Fauci – who has dedicated multiple decades to public health service rather than seek lucre in the biopharma industrial complex – would become their bogeyman while they continue to follow medical advice from Donald Trump is just sad. I will agree that some of the tone-deaf messaging the public health community has used during the pandemic has not helped, but I remain credulous that a foundation of Authority really empowers grifting politicians over traditional medicine in dealing with this crisis. Their vilification of Dr. Fauci also calls in to question their faculty with Care and Fairness, especially since their rejection of Dr. Fauci’s traditional authority has resulted in a failure to care for many millions of their fellow community members and citizens who became sick, and is a direct contributor to the over 700,000 Americans who have died from the pandemic.

If that’s not an example that conservative care to wrestle with, I’d point them to the treatment the last few months of Gen. Mark Milley, Chair of the Joint Chiefs of Staff and the highest-ranking uniformed officer in the nation’s military. Even as recently as November of last year Gen. Milley was embraced by conservatives as an officer doing his job with gravitas and authority. Then it came to notice that Gen. Milley called his counterpart in China more than once, and told him that, in the general’s assessment, Trump wasn’t going to attack China with nuclear weapons (or any other way).

The howling that commenced can still be heard out here in the hinterlands, even though it’s been derigour to on conservative island to question the military before. The good General was just doing his job, in full confidence of and transparency to his civilian superiors and yet because he dared to assure one superpower that we weren’t going to nuke it (which we really ought not to) he has somehow become a traitor. His authority and traditional role has been stripped away from him not because he did anything morally or legally wrong, but because he wasn’t obsequious enough to a single person.

Turning finally to Sanctity – here again conservatives need to take the log out of their eyes before storming on about the speck in liberals’ eyes. Liberals push for mask mandates and mandatory vaccines precisely because we value human lives and believe that all persons should be able to live to their fullest. Most of not all of the 700,000 Americans who have died of the pandemic were good people. They contributed to society, they served their communities, and they lived decently. They didn’t DESERVE to die. And their co-morbidities would not have killed them during that period in those numbers – hence why public health officials callously if accurately call them “excess deaths.” Yet by refusing to comply voluntarily with these measures many conservatives have violated the sanctity of the bodies and lives of others while also increasing risk significantly to themselves. That approach certainly runs contra to Fairness and Care, but it also runs contra to Liberty and Loyalty in some fairly strong and deceitful ways.

How did it happen that Haidt and his conservative followers get this wrong? First, Haidt’s methodology in obtaining data to test his foundations likely led to a significant misrepresentation of Americans in that data. 2000 participants, self-selected to answer internet questionnaires is not a random sample of the population, and it’s going to skew your results. With a much larger sample size (say 10,000 plus) he might have gotten to something statistically meaningful. And yes, political polls are run with fewer American participating, but they are selected randomly based on a series of statistical derivations, not who clicked a screen voluntarily. Haidt’s questions – at least the ones findable on the internet – also seem to be leading to certain conclusions regardless of who responds.

Perhaps more importantly however, both Haidt and conservatives generally assume their use of the six foundations makes them morally superior and thus more worthy of being the leaders not the followers. Especially where conservatives see other conservatives engaging in performative displays of any of the foundations, they conclude that such behavior must be moral because who would risk public displays of immorality (since that would really, really violate Sanctity). Conservative’s lack of awareness of how the six foundations actually play out for liberals leads to this fundamental error, and I am really unsure how to help them move past it. Perhaps conservatives could take a few plays from the liberal playbook, and both be more questioning of Haidt’s work (even if that appears disloyal) and more caring about how fair his work really is. They might also try a little humility: we are after the same thing they are after – a better more inclusive more prosperous America – but from a different path.