Aaron Rodgers Gets Tangled In Self-Weaved Web Of Deceit 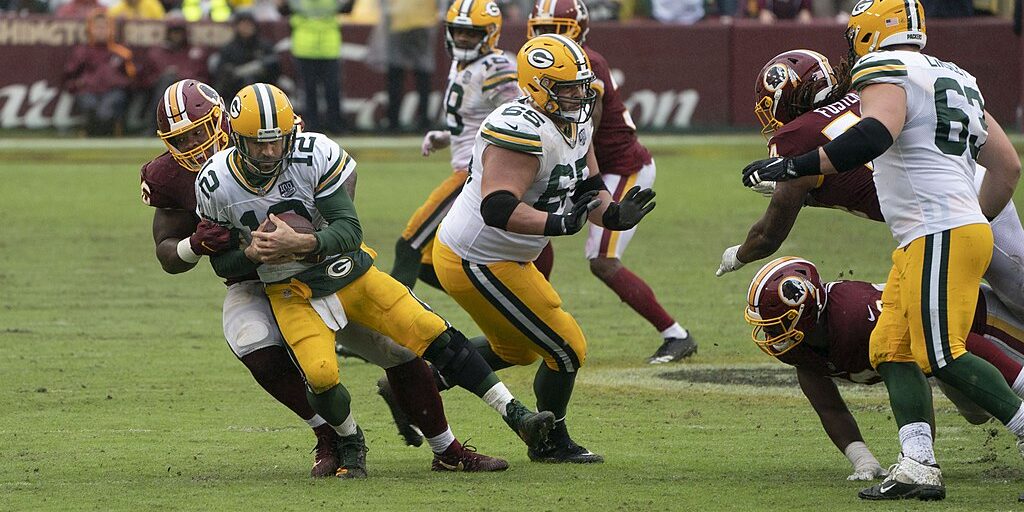 See, the real problem with the Aaron Rodgers situation is no one reads their Sir Walter Scott poetry anymore.

See, if they did, the madcap insanity of Lord Marmion trying to get his swerve on with Clara Clare along with a delinquent nun named Constance De Beverley could have served as a tale of warning over this current situation. If you have no idea what that sentence is about, don’t feel bad; few folks do. Including me. I Googled it. Because the reason folks ought to know that particular work, properly titled Marmion: A Tale of Flodden Field is a quote you do know, often misattributed to the Bard:

Sally Jenkins has words for Green Bay Packer Quarterback Aaron Rogers on that subject, and they are not of the “soft-speech” variety the QB is famous for.

That human smoothie Aaron Rodgers could have just owned it. Everyone should respect his decision to try homeopathy over a coronavirus vaccine. No one can respect him for being deceitful about it. The great leadership researcher Brene Brown has said, quoting from a 12-step meeting, “Candor is kind.” Its opposite, indirectness, is not kind. It’s devious.

Good luck to Rodgers rolling this one back. He will now be known as a guy who is slicker than his TV hair, who thought he was unique, too much so to follow rules, and more precious than anyone in the room. May he make a speedy return to the Green Bay Packers with no symptoms, but as for sympathy, that should be diverted to people who shared spaces with him when he was unmasked, who now have to sit around and wonder whether they brought something home because he was too coy with the coronavirus.

Lord knows Rodgers is inventive with the football, but of all the dodging, narcissistic, contrived moves. “Yeah, I’m immunized,” he said, so artificially, when asked in the preseason whether he was vaccinated. That was a lie by omission. And not just a single lie but a daily willful deception along with a weirdly callous charade. On multiple occasions he went into postgame news conferences — which tend to be closely packed, fetid affairs — unmasked. And there should be some queries about the steam and sauna and rehab rooms, too.

Obviously, it’s Rodgers’s choice whether to get vaxxed, and there are plenty of defensible reasons not to — and he should be able to hold his beliefs without being publicly demeaned. But what Rodgers did was demeaning to others. He also had a choice about whether to be forthright about his status or be duplicitous. He chose the second option and apparently went around unmasked to make it convincing. Rodgers betrayed another belief with those actions — or, rather, a lack of belief. He does not believe that we all have to share some sacrifices in getting through this wretched minor-keys measure of history. Only you do. Not him. Your pandemic is not his concern. He is indifferent to it.

A word about Rodgers’s right to his own body. Athletes work their hearts out to attain a physical sensitivity the rest of us generally fail to comprehend, and they are commodified and used to an extent we fail to comprehend, too, and they rightfully believe their limbs are not our property, yours or mine. Rodgers is smart if he questions or even distrusts conventional NFL-issued medical treatment and advice, which has wrecked whole generations of men. And let’s be honest, it’s a fact that at least some of the NFL’s well-intentioned protocols are what Harvard public health expert Joseph Allen has called “hygiene theater.” The jury is out, for instance, on plexiglass. But masking is indisputably the responsibility of anyone who declines a vaccine.

Rodgers is not entitled to freewheel on this matter. You want to go unvaxxed, you better profess it — and you better damn well be vigilant. He is a supposed leader, a player who takes up an ungodly amount of salary space on the roster, and he audibly sulked over the Packers’ decision to draft his possible successor Jordan Love. He has put his team in a terrible position, and now Love will get thrown in Sunday against the Kansas City Chiefs, a two-time Super Bowl team, with little notice.

Rodgers’s soft-speech act is not softening. It actually has a hard superficiality that leaves people feeling deflected.

As our own beloved EiC Emeritus Burt Likko put it:

I do wrongful termination cases for a living. Given the facts of:

I would prefer to represent the employer.

As many others have pointed out, there is another issue involved here: why are we just now finding out about Aaron Rodgers’ vaccination status? That’s a two-fold answer. The first is Aaron Rodgers’ design for it to be so and his long history of manipulating the media coverage that surrounds him. The second part, and the part that enables the first, is sports media is utterly dependent on access journalism these days to stay ahead of the constant news cycles and the insatiable desire of fans to have “insider” information. The problem with the model is the journalists have to balance being an insider with publishing or releasing information that would anger the subject they are so close to, thus killing not only access to the source but also their ability to work and be relevant.

So this particular tale starts with a superstar who is well-known to be a different personality to start with, mix in over a decade of being famous, fold in his ability to manipulate media, and garnish with that same media being scared to death of angering him, and you get this hot mess right here.

Oh what a tangled web we weave, when first we practice to deceive. Aaron Rodgers should have ran one of his meme-worthy discount double checks past this crackpot idea ahead of time. As it is, enjoy your web, Aaron; it is just how you designed it to be.