The Enduring Puzzle of the Midterm Elections 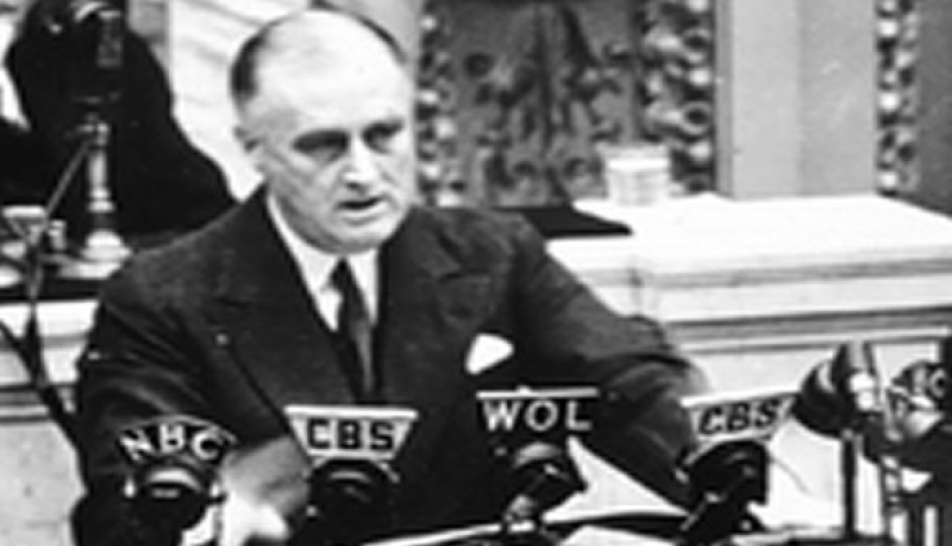 FDR Speaking to congress. Photo by the US Senate. [public domain]

The midterms are a little over a year away, but to some pundits it feels as though they are scheduled for sometime next week. Every action that Joe Biden takes is viewed in the context of next year’s elections. As Harold Meyerson wrote of the president’s struggling reconciliation bill, “it’s not just Biden but the entire Democratic Party, root and branch, that’s being jerked around by Sens. Manchin and Sinema — and it’s the entire Democratic Party that will likely pay a price for this in next year’s midterm elections.” The off-year elections in New Jersey and Virginia are seen as harbingers for the midterm. Over the past few months, many pundits already think they know what will happen next November: inflation will be on the minds of many Americans as they head to the polls, handing the House back to Republicans and perhaps giving Biden another tied Senate with which to work.

The midterm election is a foundational part of the American political system. There were midterm elections in 1790 where the group that later became known as Democratic-Republicans, the opposition party at the time, performed well. The importance of midterm elections persisted throughout the 19th and 20th centuries. Political realignments and significant presidential elections are often predicted by a preceding midterm. The rise of the Republican Party as the nation’s second major party occurred following their victory in the 1858 midterms. Franklin Roosevelt’s New Deal majority partially came through the massive Democratic sweep of 1930. Numerous midterm elections remain case studies and cautionary tales for today’s political landscape, from FDR’s failed liberal challenges of 1938 to Newt Gingrich’s Contract with America in 1994.

Throughout this time, a number of trends have become established. The president’s party almost never gains seats. Losses are dependent on presidential approval, general economic conditions, and the previous size of the president’s party in Congress. A sweep in the first election creates an opportunity for a more significant loss in the first midterm. These tenets have held true even as party systems have come and gone and polarization has increased significantly. The 1950s and 1960s were a period of extraordinary partisan cooperation among Democrats and Republicans. Nevertheless, there were still three forty-seat midterm losses for an incumbent president between 1958 and 1974.

Parties in charge have tried practically everything they can imagine to fight against the prevailing midterm trend. There were signature pieces of legislation. There were presidents who intervened in races and made the election practically all about them. Other presidents stepped aside completely, not wanting their own foibles and pitfalls to drag their party down. Harry Reid in 2014 tried the tactic of arguing that the other party was under the Svengali-like control of the billionaire Koch Brothers. None of these tactics worked in their ultimate goal: keeping seats for the party in power. The only scenarios where the party in power keeps or gains seats are entirely out of the hands of political operatives: a depression (1934), a societal backlash against sexual puritanism (1998), or a world-altering terrorist attack (2002).

Democrats have two options for the midterms. They can try a new overarching tactic to stem their losses and perhaps hold onto the Senate. Democrats may introduce a single bill with incredibly high support that they rally around, or they may run an entirely Trump-themed campaign. The other option is to ignore the midterms and try to govern as successfully as possible in the moment. Higher approval ratings, lower inflation, and better economic conditions may be more helpful to Democrats in the midterms than any campaign a political strategist could possibly devise.