The Fairytale of Wolves in Family Values Clothing 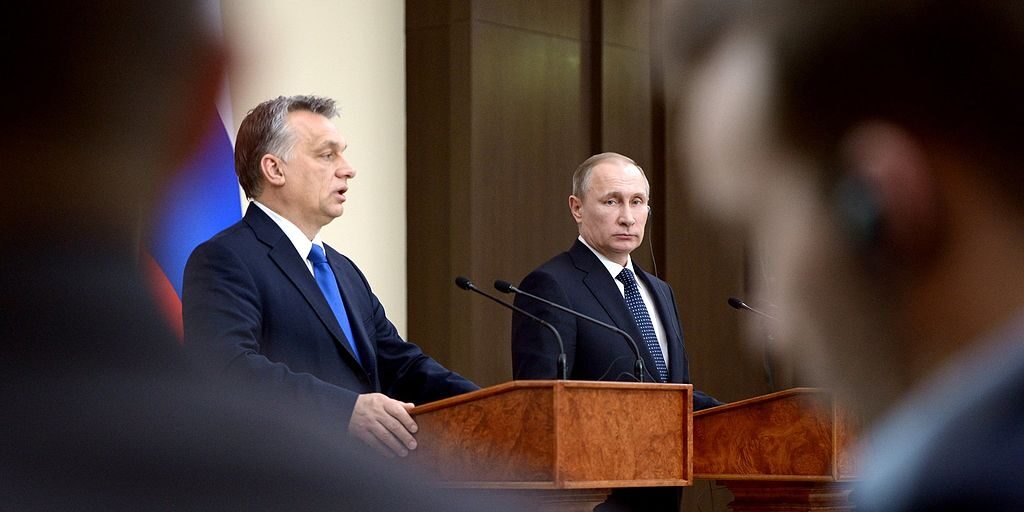 Rod Dreher has taken a break from slobbering over Victor Orban of Hungary to heap praise upon the head of Russian dictator Vladimir Putin. Writing in The American Conservative Dreher proffers this McNugget of an insight:

See, this is the thing. Putin, Orban, and all the illiberal leaders that our baizuocracy loves to hate are all completely clear and completely correct on the society-destroying nature of wokeness and postliberal leftism. It should not be that way, but it is. Meanwhile, our Democratic political class, and the baizuocrats throughout the American elite (e.g., those who run corporations, universities, the media, law, medicine, sports, the military), are actively destroying this country and its founding values with their ideology. The Republicans, for the most part, aren’t doing a damn thing (though good for Sen. Tom Cotton for just introducing a bill to prohibit schools from participating in the gender transitions of children behind the backs of parents; more, please). Trump talked a reasonably good game, had some minor successes, but had too little follow-through. It is time to get serious, to quit playing around, before it’s too late.

There are a lot of Americans who will look to Putin and Orban and point to corruption they’ve allowed under their governments, and use that as a reason to dismiss everything they say about wokeness. This is a foolish error. You don’t have to endorse corruption in order to recognize that on these cultural matters, they are correct. Besides, as a young woman I shared a taxi with across town in Budapest told me, she recognized that the Fidesz Party governance had tolerated far too much corruption, but she was going to vote for them anyway in next year’s election. Why? She said that she doesn’t want her young children to grow up in a country that has destroyed the idea of man and woman, and of family. There are some forms of corruption, she explained, that are harder to recover from.

As I see it, this is the main lesson American conservatives can learn from Viktor Orban and his government. They grasp that this is a civilizational struggle, and that they are not just dealing with opponents, but with very powerful people who push an agenda that is tearing our societies apart. And they are willing to use the power of the state to stop it.

As I see it, pointing out that wolves raise their young in packs is a poor excuse to overlook the fact they are wolves and would make poor overseers of your own youngins’ futures.

The insipid duplicity Dreher peddles uses his well-worn tactic of looking through a cultural telescope the wrong way to only see what he wants. He insists the world must focus totally on the pedantic specifics like “family values” or “anti-wokeness” while ignoring all the other problems with the Orbans and Putins of the world, but he himself gets to pick and choose his own examples to paint wide swaths of everyone else as irredeemably insufficient to live without a benevolent dictator of his choosing. To Dreher and like-minded culture warriors of the world, the most extreme examples found to violate their highly attuned and paper-fragile sense of what culture should be are more of a threat to the people of the world than noted murderous thug dictators like Vladimir Putin, or wannabe dictators like Victor Orban. The fact that Dreher himself has been enjoying the hospitality of an Orban-friendly institution as of late has nothing to do with his newfound love and advocacy for the Hungarian leader, of course, and how dare you suggest otherwise? Because only really bad people are against family values. Focus on the family values. Ignore the wolves in family values clothes…or something.

Or, alternatively, we can all be functional adults and realize that wolves are wolves, and their “family values” do not translate to their prey. Touting those family values are a poor excuse to give up our freedoms — especially the freedom to be different than the Drehers of the world think you should be. Especially giving those freedoms up to Dreher-approved dictators who will lovingly swaddle your freedoms to death for your own good. The “society-destroying nature of wokeness and postliberal leftism” being debated in a free and open society is a playpen of a problem compared to life under a Vladimir Putin, who has a habit of executing journalists he doesn’t like, among his various other crimes against humanity and the Russian people. But the folks obsessed with and having their ideological outlook and business model based on the former, or like Dreher are true believers as well, will march undauntedly to the solution of the latter rather than reckon with any criticism of their own issues.

We should never let such people have institutional power, especially now that they are openly demanding just that in the name of family values, or anti-wokeness, or whatever the next cultural touchpoint du jour will be. They are telling us what they will do with it, and we should believe them. And stop them. And ignore their waving of family values as the distraction it is to sell their preferred yoke of sameness that would subjugate everyone.