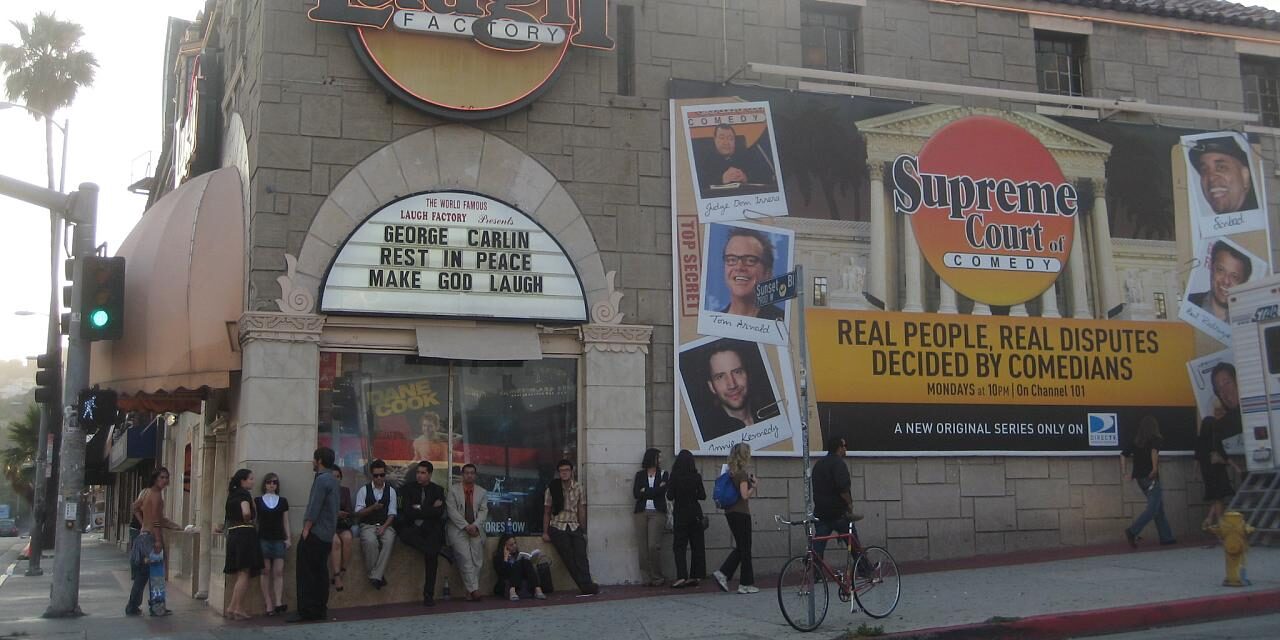 George Carlin had this great bit. He would talk about how stupid people were.

I’m sure he improvised it left right and center at various venues various times but in the YouTube version I watched a few minutes ago he said “Think how stupid the average person is and then realize half of them are stupider than that.”

It’s a funny line. It coalesces an audience. There is a them and an us and the them are stupid and we are a far superior us. But…

Let’s imagine a test. This is the hardest test that’s ever been put to paper. Jeopardy champions would be terrified because every answer is near at least to Hapax Legomenon. This is a brutal test. 100 questions.

A Carlin fan takes it and score an astonishing 99 out of 100. She is outrageously smart.

A fan of lesser comedy takes the test. Let’s say they take their jokes from network sitcoms or some such. They score a 41.

That sounds terrible, but remember that this is the hardest test ever. 41 is pretty impressive.

Let’s add our scores together. 99 + 41 +10. I get 150. Divide that by the three test takers and you have me and the sitcom watcher on the down side of the average, which is embarrassing for those who think that an average is a 50/50 split, but they laugh smugly and send out Carlin memes none the less.

I’d guess that the Carlin fan who scored an almost perfect 100% missed a question about the difference between mean and median. Happens. But the Carlin fan is still smug. That’s the problem.

In our discourse we have abandoned the idea of epistemological humility. I enter every conversation of any importance with the assumption that I might be wrong. It’s why I listen to the person I’m discussing things with. I want to know reasons why I might be wrong.

If you watch cable news – to be honest I’m going on old information because I stopped doing so years ago – you’d think the key to winning a debate is volume. “My, you make a loud argument,” is the new “Shut up, he explained.”

Now we have Facebook “whistleblowers” telling us that we need more “Shut up.”

It seems axiomatic to me that if your argument is predicated on silencing opposing views there is some soul searching to be done, but my view is waning with the public. “I think you missed point a or b,” has been replaced by “Racist!” It’s a catch all trump card. Can I still say trump card or is that racist?

The maddening thing is that the increasing censorious urge denies me information. I do a bit of writing about college football and the glory that is my Crimson Tide. For those who smirk at me as a bandwagon fan I’ve been a passenger through several coaches named Mike and the current state of affairs is my palliative or reward for what I suffered.

I’m trying to think of what the reaction would be if Google, Facebook, Twitter, etc. decided that when writing about college football you can only write about the passing game. No rushing commentary allowed unless you frame it in a play action way.

It’s not that a rushing game doesn’t exist, it’s just that you are not allowed to consider that information. The betting public would go mad. Rightfully.

YouTube just turned off climate debate. I’m not a climate change denier. I’m a climate stasis denier. The idea that temperatures vary over time is obvious to me because I’ve read stuff and been alive for more than a few years. I think there are a lot of Chicken Littles running around dictating policy and making my car work worse. I’m open to debate. I’ll hear you out and rebut. Unfortunately, we are limited in the public spheres that would host such and they are dwindling as you read. If you are of the ascendant belief you lose more than me. I have information that I believe in. So do you. You are decreasingly able to challenge me publicly and with corporate imprimatur your ideas lose viability. It’s not that you are wrong, it’s that powers deny others. People notice such things. The ability to challenge you is lacking, you sheltered little baby. Stand up and fight. Tell them to release the opposition. If your ideas are right, you can overcome.

The smugness may be too much at this point. An approved point of view is baked into the cake and all manner of degrees and titles stand between various views and vigorous debates. I’m absurdly uncredentialed. My high school degree is all I have. If the mob is to be dismissed, I’m the average — and I mean average you smug bastards — example of what is to be shunted.

Why do I have to be silenced if you are so unequivocally correct? I should be fodder. You should relish the debate and crush me and hold me up as a warning to others, but the urge is to silence. Mark Steyn should be ground to dust by Michael Mann, but he has not been. Jonah Goldberg pointed out that there are those among us who have appointed themselves high priests, but the rabble are noticing that the high priests are getting some key things wrong. How long will the rabble put up with this?

We need debate. We need to sift claims. Bullshit is fine among adults. Point it out. Can you imagine scheming against Alabama without knowing who Brian Robinson is? Information is key.