I don’t often write here about books or movies or works of art that didn’t quite work for me, the ones that left me cold. And I think it’s partly because we’re all friends here and it’s simply more useful and enjoyable to point our friends in the direction of the gems we uncover in our journeys. I also tend to plow through books and movies and art at an unhealthy pace, like I think we all do, and would rather not dwell on the duds. And, finally, when it comes to books in particular, one feels almost guilty about rejecting them. Active literacy has become so painfully vestigial within our culture that giving a “bad review” seems like condemning a prisoner to the wilds beyond Siberia. Since it’s already so hard for books to survive, giving one a negative write-up feels like kicking a member of an endangered species. 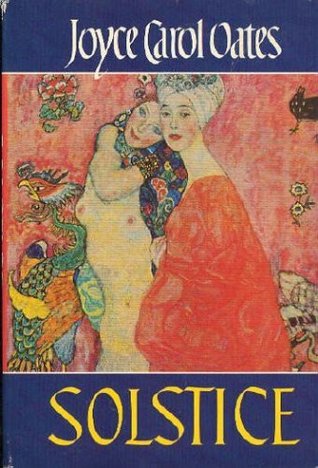 I also find that being unmoved by a book feels a bit more personal than tuning out a movie- a little more like failing to connect with a date. You gave it your best and they gave it their best, and maybe in this case, it really isn’t them, but you. Maybe I just couldn’t commit. And sometimes there really isn’t any logical explanation; the book is exceedingly well-written, the characters seem snatched from real life, and the story is lean and tight as a drum. But it didn’t work. Again, like a failed date, you might recommend the book to a friend, but not reread it. So, I’m sorry, Joyce Carol Oates, but Solstice and I just didn’t hit it off.

Admittedly, Ms. Oates will probably recover from this blow. She is considered one of America’s great novelists, been nominated repeatedly for the Pulitzer, won two O. Henry Awards and a National Book Award, and has written so many books that it’s entirely likely she barely remembers Solstice. I have now read but two of her novels (Solstice and Zombie), of the 58 novels she’s written, and wasn’t especially moved by either, although I could easily recognize that they were both exceedingly well-written books. It’s possible I simply got unlucky in the draw.

Solstice is the sort of psychologically tangled, messy story I usually do enjoy. Monica Jensen, a recent divorcee approaching age thirty arrives in rural Glenkill, Pennsylvania, in order to teach at the private boy’s school, a position we sense is a little bit beneath her. Very soon, a local artist and widow, Sheila Trask, is introduced and takes an interest in her. Sheila is the local “Artist” in the sense that everyone in town finds her a bit odd and slightly off-putting and they hold her at a remove, but none of them doubt her great talent; it’s just overshadowed by her dead husband, who was a “Great Artist.” Monica is quickly taken in by this larger-than-life figure, and overshadowed a bit as well, by the Artist. Friendship becomes infatuation becomes limerence and we gradually realize that this is a sort of hateful love of the very Gothic type, a sickness unto death.

So, there was much to admire in the book, but little that really won me over. Oates is extremely skilled with the third person limited narrative voice: we hear the story from Monica’s perspective, while recognizing where she’s losing touch with reality. So, when she starts missing classes, we’re reassured by the narrator it will be fine because the administrators of the school like her; and we know this is nonsense. This works well at putting us in the mind of a person experiencing psychological collapse in the orbit of a vampiric artist. It also solves the problem of describing significant artworks in prose: Sheila doesn’t understand contemporary abstract art any better than we do, so the descriptions are necessarily vague. The closest she comes to a transcendent experience of art comes from a tossed off watercolor. 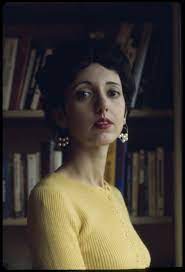 Nevertheless, it’s clear that Sheila is operating on a higher frequency than average and is the sort of large personality that drains everyone around her. She needs a great deal more attention from Monica than is at first obvious, while also spending a great amount of time in her studio downing amphetamines and wine. She shows up at Monica’s house unannounced and calls her at strange hours- I thought here of a painter I know who will, alas, call me at 2 a.m. on a weeknight because she’s up painting and wants to talk; it is a definite type. A likely influece is Zola’s novel L’Œuvre about an obsessive, brilliant painter, a novel which ended the novelist’s friendship with Paul Cézanne. Hopefully, Ms. Oates didn’t lose any painter friends over this book. The truth is artists can be a bit much.

However, Sheila is a bit more than a bit much; she seems to be personality-disordered in an intense way that requires Monica to be a full-time actor in her personal psychodrama. Monica, meanwhile, needs to be absorbed into another person to get through this divorce- it’s nice to be needed- but realizes this friendship will eventually erase her. She tries to break free and fails. She hates and loves the Artist in equal measures, and probably can’t tell which feeling comes first.

The problem for me was the same one I experience whenever a close friend is involved in an obsessive and unhealthy relationship- it finally gets a bit tiring to hear about. And it seems like it might have gotten tiring for Oates to write about; the ending is somewhat abrupt, which wasn’t really a problem for me, but it seemed as if the Monica character was a fish that submerged for long stretches beneath the surface of the narrative only to reëmerge and remind the reader that she was still there. I’m a bit tired of novels about Enlgish teachers as it is, but it’s even harder when your central character’s main focus is the other main character.

The prose might also have been too clinical for my tastes. I admire narrative reserve, but I also need the writing to smack me in the face sometimes. There was an interesting article in Lit Hub recently about “literature of the voice,” which is associated with a certain type of older writer who can recognize immediately from the narrative voice- versus “literature of the pose,” which is a bit more proper and invisible and MFA tuned writing, associated with younger writers like Sally Rooney. I wouldn’t say there’s no literary voice here (many people are “zestful” I found), but it’s a bit restrained. Joyce’s prose has been described as “adjectival,” but I found myself craving more adverbs and adjectives and colorful phrasing; a few more spices in this meal. Of course, Joyce Carol Oates is a boomer, but she’s also very much a New Englander; there’s a tone. (It was an uncanny coincidence that I read this not long after the very similar Ethan Frome)

And it’s possible that Solstice is just too much a “woman’s story” for me. I’ve never actually known a man who had an intensely romantic and obsessive, but essentially chaste friendship with one of their male chums that remained, essentially, heterosexual. Among my female friends, yes, this experience was far more common. So, it’s possible that the novel wasn’t “for me,” and was made for a different audience. Critics tend to dislike this; they prefer art that is “universal,” and I do understand that- my girlfriend is a professional movie reviewer and she can’t pan certain films without getting emails telling her “This is a dude movie. It’s not made for you!” It’s obnoxious. But, it’s also worth remembering that just because I couldn’t relate to a story doesn’t mean another audience might not appreciate it on a different level. If I had a friend like Sheila, I would have just told them to go make love to a rolling donut a lot earlier.

So, maybe this was, at last, admiration that just never turned into love. I tried, Solstice, I tried. It’s not you; it’s me.

So, what stories are YOU reading, writing, watching, playing, pondering, or falling in love with this weekend?