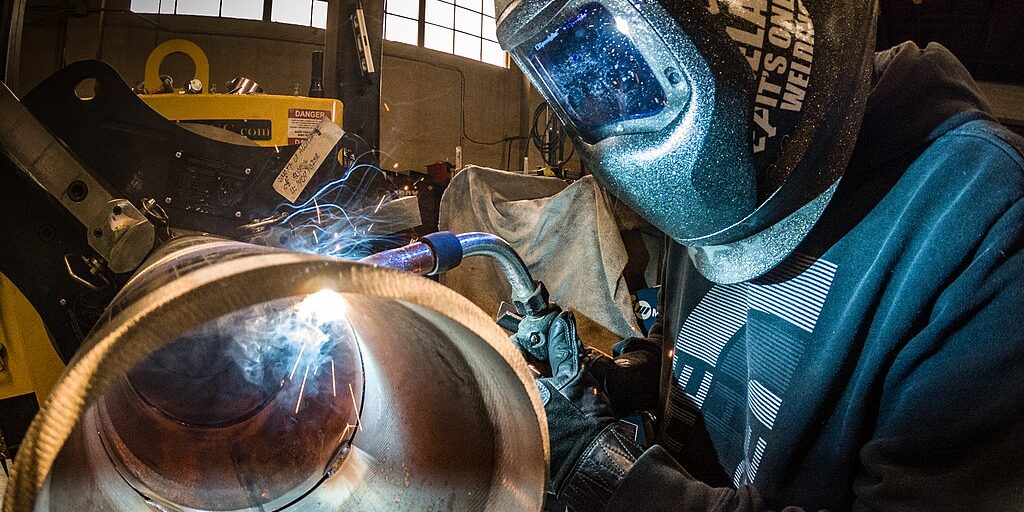 Blue collar employment and its viability should not be some mystical, magical thing, but it must be because young people seem to be avoiding it as they come out of high school. Our schools have become one of two things depending on who you ask either a pipeline to prison or a supply line to colleges/universities and the military. Seldom, if ever, are technical/trade schools mentioned, let alone apprenticeship or certificate programs. This trend is leaving many to feel as if they either have to rack up tens of thousands of dollars in student loan debt or work minimum wage style jobs the rest of their lives — your anecdotal evidence may vary.

Since many of us, regardless of where we live are becoming increasingly familiar with items missing from store shelves, let’s begin with truck drivers.

According to the Census Bureau, about 88% of truck drivers are self-employed and about 10% of the force is female owned. All this for a job that requires no college and only minimal training, which is frequently covered by your first employer in the field.

Welding also is a blue collar job with great earning potential. Once again according to BLS, pay is on average $44,190 per year or $21.25 an hour. As of 2020 there were 418,200 persons in the field with expected openings of 49,200 a year from 2020 through 2030. This job has two routes: take classes for certification(s) or get an associate’s degree in welding; both get you the same job, but one lets you learn now and pay later. The advantage is many community colleges offer the classes, so you are paying lower fees to learn and sometimes you can even get grants and student loans. According to Zippia, 89.9% of the work force is male and about age 40.

Pipefitters are another one. Now, let’s get the “Duh” portion out of the way; pipe fitters, get this, fit pipe together! Be it mechanically, welded, brazed, or glued, they assemble pipe based upon design or replacement need. According to BLS data they earn an average of $56,330 a year or $27.80 an hour with projected job openings of 51,000 a year through 2030. This is an apprenticeship career path; there will be some schooling involved but that is usually handled at a union level, so again, no college degree required and typically no cost to you.

There are other blue collar jobs out there such as butcher, baker, cook, landscaper. Some pay really well, while others pay the minimum an employer can get away with in the area they are located in; there’s a reason factories set up where they do: cost of land, and the hourly cost of people.

Now based on just the list I have assembled we have annual job openings of 382,800 a year through 2030 that require little or no college, but pay as well as a Bachelor’s Degree. Some you could be working in a couple of weeks others a few months.

A simple search will show that people have been arguing against pushing college educations since at least 2015. I know from experience with my own children (my son who is 30 is a mortician and my daughter who is 27 is a welder) and their friends were all pushed through school from an early age with the attitude of “that won’t get you into college” and “that’s not how it will be in college”. Not once did an advisor or teacher recommend trade school or talking to unions or contractors. Let me repeat that: not once.

Are there lots of blue collar jobs out there? Yes, because not everyone can be — or wants to be — a manager, doctor, lawyer, or an engineer. Do they all pay great wages? Sadly no, but have you ever had to call a plumber on a holiday weekend? How about someone like me who is an HVAC technician? When you need that blue collar person desperately; you’re going to pay whatever they ask whether it’s because your house is 45F/7C or because you have nowhere to poop. There is no mystical, magical thing to blue collar labor, just a shortage of people willing or encouraged to do it.