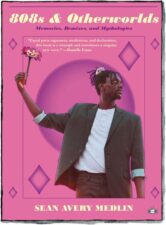 J.G. Ballard once mused that, if the key technology of the 20th century was the automobile, that of the 21st would be the home. While I understand what he’s driving at, let me suggest the key “technology” of our era is really the self; it is the site of our deepest fears and obsessions, but it’s also an instrument of our endless creativity and refashioning. As our own actors and directors, we now do our most interesting artistic work refashioning new personas and inhabiting them, and then crumpling up our drafts and starting over again.

To be sure, “Who Am I?” has always been a fundamental question for poets and philosophers. “I celebrate myself, and sing myself,” Walt Whitman wrote nearly 130 years ago, and invited us to see ourselves “just as immortal and fathomless” as himself. Sean Avery Medlin sings, and dreams, and recreates, and dances themself in 808s and Otherworlds, a book of “Memories, Remixes, and Mythologies” released this week by Two-Dollar Radio. It’s a bit more than that- it’s a song of selves and family, memories of old worlds and visions of new ones.

Young Blackboys in America have an especially pressing need for new mythopoetic realities, being assigned an unwanted alter-ego sometime around adolescence by anxious whites, a type of poisonned dress sold on the instalment plan. Medlin writes:

degrees cannot save me / boys who look like me

bleed out on the asphalt / media says it’s our fault /

tellin us we deserve shots / like boards born for darts /

Sometimes, alienation also engenders creation. Medelin grew up in Avondale, Arizona, where there weren’t many other Black boys to look to for companionship, a place “where neighbors stare through you like sound through stucco walls, and classmates pass like you’re some ghost haunting loggia halls.” They came of age with confusing desires for whitegirls, something they thought meant “upward mobility in status, finances, and frankly, coolness.” But this could also mean running afoul of society’s many gatekeepers at an age when every heartbreak is an apocalypse. The book is laced with bittersweet memories of an 8th grade girlfriend, counterposed against Iggy Azalea and Playboi Carti, that still haunt and beguile the poet. Sometimes, they wanted something that white girls can’t give: “to prove haunting traumas wrong: that we can love each other from opposite sides of power.” Sometimes, they wanted boys to recieve their kisses.

And this is an especially confusing time to grow up, when the world is screened out and the false images on the walls of our cave are supposed to represent “Us.” Medelin also grew up with Hip-Hop, but found its lessons confusing:

And so, they “adopted a performance of a performance as my truth…” Throughout the book, the poet bemoans the ways that capital buys out talented Black performers with images of wealth and prosperity, while counting the money in the backroom; and Kanye comes in for particular criticism. They feel stifled as well by Hip-Hop’s classic images of steelhard masculinity, which fit the poet like a too-small straightjacket. But they also see how the emcee can be a “griot, poet, prophet,” how they make their words become real; how a mic is another tool to refasion the self, to create a new identity with wings like a pheonix.  The poet’s rhapsodic ode to Lil Uzi Vert is a work of pure joy:

Sean Avery Medlin also records music and the book often plays like a piece of music; the six sections are called “albums” and many of the poems have the rhyming scheme of hip-hop; you can hear them as you read. Like an album, different layers are revealed each time you read through the book, and you’ll likely want to play it often.

And it’s a story with many characters and genres. Growing up, Sean Avery Medlin found many dream doubles to emulate and borrow from, many other fantasy world to inhabit. They grew up as well with images and stories from comic books and anime, dreaming “I want to be like the Silver Surfer, brilliant, free, diamond, not boy or girl, not dark as charcoal put on a grill, or white as marker boards in classrooms- not superstar, bus driver, or drug dealer- just light tracing letters that spell my name across the dark canvas of space.” I remember this too, in my very different childhood- wanting to be Silver Surfer, to lash out like the Hulk, to escape to Otherworlds. A great many artists have drawn from childhood as a theatre in which dreams are performed and identities are toys for play.

For the poet, though, the dreams were something more- a bid for survival against a society that sought to imprison them in its own visions of Blackness and masculinity. At points, the book is a righteous jeremiad against the prisons of identity constructed by white capital and a nation that can’t escape its own fear and crippling need, its  ravenous dependency on Black flesh and labor and talent.

But, then, it’s also a map, written in disappearing ink, to those Otherworlds that let the poet escape:

Here, we teach our young to command lightning, bend wind and water to their liking, seek their literal higher calling. Here, we did not lose millions to the open sea. Here there are no prisons or police. Here, Wu-Tang Killa Bees sharpen their freestyle skills while sword-fightin, struttin like all rappers should.

So, the book is also a vision, and maybe a prophecy for a community who has barely been encouraged to dream aloud, or so vividly. Its heart draws lifeblood from the past, but its wings fly towards a better Afrofuture. Poets will lead the way on this Odyssey of self-creation, as they always have.

Above all, 808s and Otherwords is a hybrid: poetry and prose and hip-hop, myth and memoir, semi-autobiograpy. I think we’re all sort of hybrids now, straddling an achipelago of little islands of identiy- artists are our magpies, gathering pieces from music and popculture and myth to fashion themselves body armor and beautiful costumes. Medelin ends: 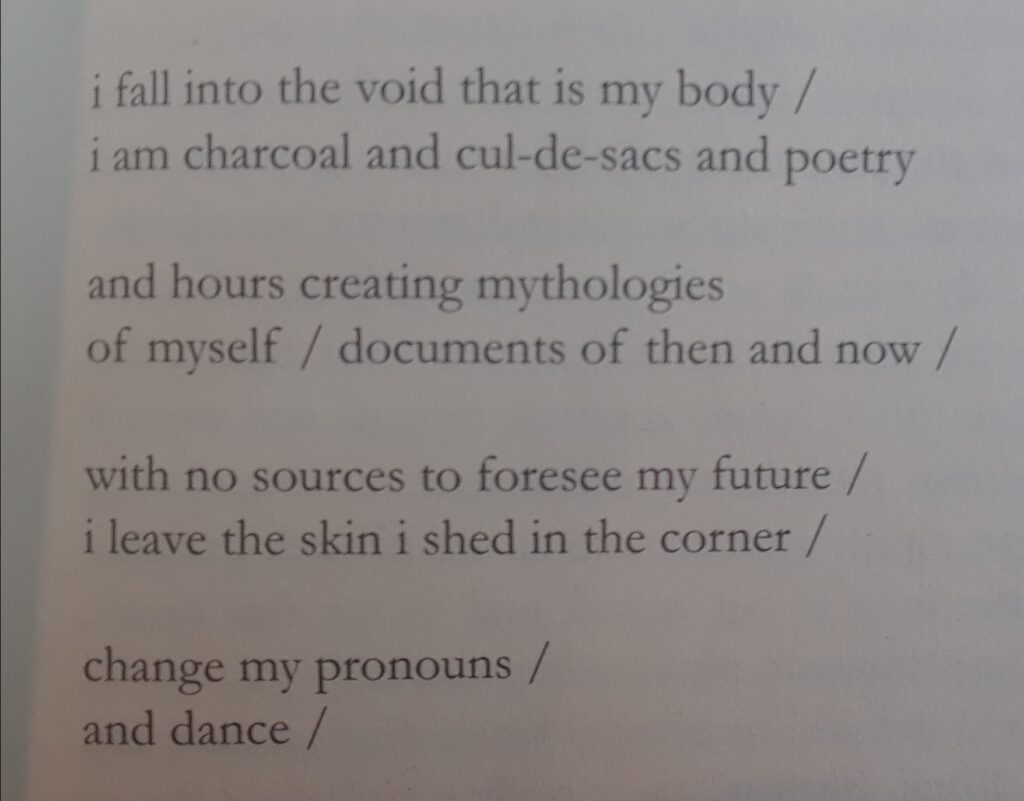 To some extent, the rising generation is carrying on the Romantic struggle against social selfhood; as well as the Existentialist notion that our essence is the product of our authentic choices. But, it seems to me there’s a mythopoetic element of play to their self-fashioning that is a lot more glam and less self-serious, and frankly sorely needed right now.

Let this book be found and read by a young Blackboy in the middle of a white nowhere trying to fashion a new identity for themselves. May a thousand flowers bloom. May they play it loud and dance.