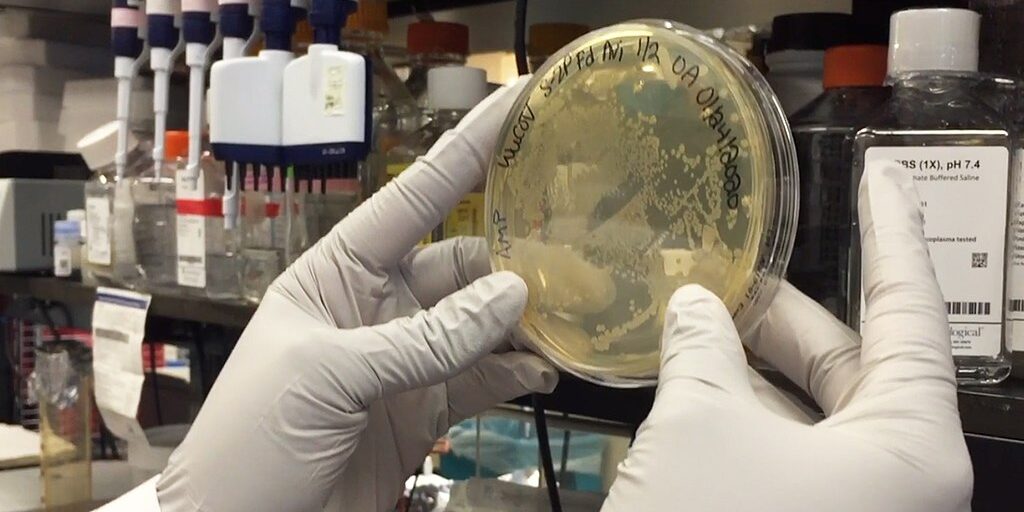 The latest front in the political war over COVID-19 appears to be monoclonal antibodies. The NYT describes a man who refused vaccines but got COVID-19:

The answer turned out to be monoclonal antibodies, a year-old, laboratory-created drug no less experimental than the vaccine. In a glass-walled enclosure at Houston Methodist Hospital this month, Mr. Jones, 65, became one of more than a million patients, including Donald J. Trump and Joe Rogan, to receive an antibody infusion as the virus has battered the United States.

Vaccine-resistant Americans are turning to the treatment with a zeal that has, at times, mystified their doctors, chasing down lengthy infusions after rejecting vaccines that cost one-hundredth as much. Orders have exploded so quickly this summer — to 168,000 doses per week in late August, up from 27,000 in July — that the Biden administration warned states this week of a dwindling national supply.

Amid a din of antivaccine falsehoods, monoclonal antibodies have become the rare coronavirus medicine to achieve near-universal acceptance. Championed by mainstream doctors and conservative radio hosts alike, the infusions have kept the country’s death toll — 2,000 per day and climbing — from soaring even higher.

And after months of work by President Biden and Southern governors to promote the treatments, they have won the affection of vaccine refusers who said that the terrors and uncertainties of actually getting Covid had made them desperate for an antidote.

The federal government has ordered 1.8 million doses. That sounds like a lot but that’s barely enough to treat a week’s worth of COVID patients at our present infection rate. But monoclonal antibodies have becomes the one treatment for COVID-19 that no one is skeptical of. Which, oddly, has conservatives doing a victory lap:

Today, we learn from the Washington Post that, actually, none of that was the problem. Instead, DeSantis’s sin is that he has been relying upon monoclonal-antibody treatment too much, and that this is unfair to other states that now need it.

What a difference eight weeks make.

This is a bizarre paragraph and I’m surprised to see it under Cooke’s byline, since I usually find him reasonable even on rare points of disagreement. No one has ever said that monoclonal antibodies didn’t work. What we said eight weeks ago, what we said four weeks ago, what we are saying today and what we will say tomorrow is the same: monoclonal antibodies are not a substitute for the vaccine. And to hear them flogged by a governor who has mindlessly and cynically opposed cheap anti-COVID-19 interventions is infuriating. DeSantis has threatened the funding of schools that impose mask mandates, threatened to fine government agencies that require vaccines and threatened to fine businesses that require vaccine passports. All of this while his state became Ground Zero for the Delta Wave. To his credit, he has been overall positive on vaccines and Florida’s vaccination rate is decent. But watching him now tout monoclonal antibodies as the cure for what ails us is a bit like getting a stern lecture from Mrs. O’Leary’s cow on the virtues of sprinkler systems.1

Putting the politics aside, what’s the deal with monoclonal antibodies? Antibodies are the proteins your body uses to identify and destroy infectious agents like viruses. They are very specific to specific diseases. When you are exposed to a disease, it takes time for your body to figure out what antibodies are needed to kill the disease. In that window, the disease may do so much damage that it’s too late for your body to recover.2

Vaccines work by exposing your body to a dead or attenuated virus (or a piece of one, in the case of the HPV and COVID vaccines).3 This lets your body learn how to fight the invader with minimal danger. Think of them as military exercises for your body, preparing it to fight an actual war should the need arise. After that, if the virus shows up, it finds a well-trained defense ready and waiting to annihilate it.

Monoclonal antibodies, by contrast, are copies of existing antibodies. Immune cells in a lab are exposed to the virus or a piece of the virus. The antibodies they make are then copied in large numbers for injection into sick patients. These antibodies can fight the disease immediately while your body ramps up its own defenses. To continue a military analogy, it’s like dealing with a surprise invasion by hiring mercenaries to hold the line while you organize your army.

Monoclonal antibodies are, in this sense, similar to the immunoglobulin injection given for rabies exposure. Rabies is so lethal that when someone is exposed to it, we give them three vaccine shots — to teach their bodies how to fight it — as well as an injection of antibodies to kill any actual virus in their bodies.4

The good thing is that, unlike the other COVID-19 “cures” pushed by the vaccine skeptics — ivermectin and hydroxychloroquine — monoclonal antibodies actually work. Preliminary results indicate they may reduce hospitalization and death by 30-70% if they are given within the first ten days of infection.5 Like mRNA vaccines, monoclonal antibodies also show promise beyond COVID-19, with research being done into wether they can treat cancer or autoimmmune diseases.

They are not, however, cheap. A single dose of Regeneron’s medicine costs about $2000. A full course can run about $10,000. And they can not be manufactured in the kind of massive numbers that vaccines can, certainly not in the quantities needed to keep up with the current Delta wave.

Moreover, monoclonal antibodies do not prevent transmission of the virus. New data on the vaccines shows that vaccinated people have lower viral loads and those loads reduce faster than the unvaccinated, which means they are significantly less infectious. Monoclonal antibodies are only given after someone is sick (or, in some cases, after exposure) and may be too late to prevent transmission.

What’s revealing, however, is how much the enthusiasm for monoclonal antibodies exposes every single anti-vaccination talking point as a lie. Consider:

It is a sign of how easily we default to culture war nonsense — and how intellectually bankrupt the Republican Party is — that some people want to set these two medicines against each other as if we have to chose between them. But we don’t. Get vaccinated. And do so knowing that either (a) the vaccine will keep you from getting sick, sparing tremendous expense and saving vital medicine for those who need it; or (b) if you’re unlucky enough to get a breakthrough infection, we have a therapy — albeit an expensive one in short supply — that has a good chance of saving your life. And also know that, by getting vaccinated, you significantly lower the chance that you will spread the disease to that 1% for whom neither the vaccine nor the antibodies work.

The one thing I will never forgive the GOP for is politicizing this.6 Running around proclaiming victory because monoclonal antibodies work is silly. No one ever said they didn’t. Scientists and doctors love monoclonal antibodies. But they are not, never were and never will be a substitute for a safe, readily available and effective $20 poke in the arm.