Fatalism and Why It Sucks 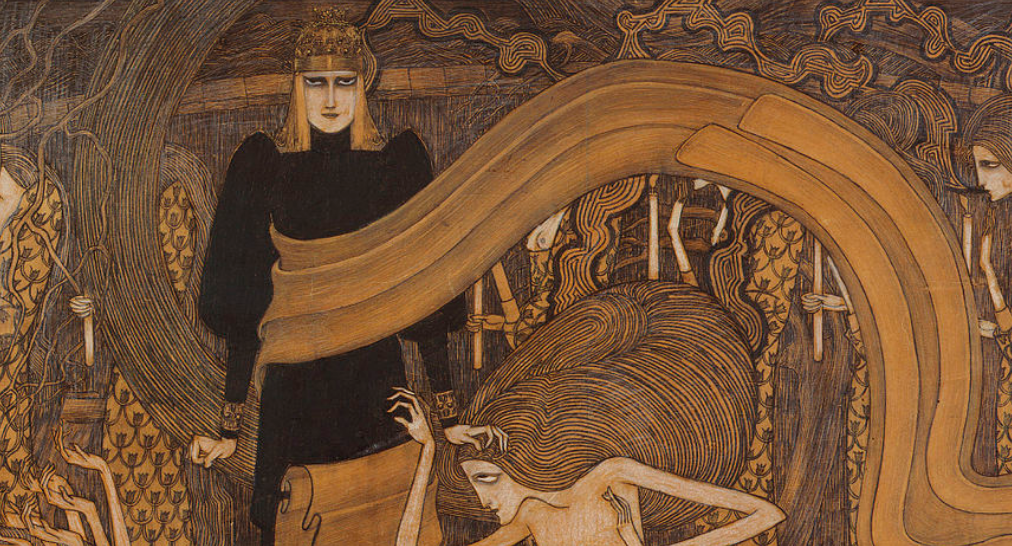 Human nature is a complicated beast. I use it as shorthand for those things that make humans human. That which cannot just be changed through learning or nurture. Human nature versus nurture is a common discussion, usually without putting the human part before it. There are certain behaviors and instincts humans tend to have, largely caused by thousands of years of natural selection and evolution. Red-blooded males tend to like large busts and big hips because a woman with ample bosom and birthing hips is not only more likely to survive childbirth but also can more readily feed the resultant offspring. Liking boobs is pretty much hard-wired into male brains. At least the heterosexual ones. For a less profane example, certain phobias are likely the result of those who had them and survived in the caveman era. Fear of darkness, snakes, spiders, etc. Those who were afraid of these things didn’t get killed by said things. It all has roots in survival of the fittest. That’s not the whole story, though, as change is constant in this universe. It just might take a few thousand years or a couple decades. Who can say?

But what I wish to discuss is something I brought up in my Hayek III article. Fatalism. Intractable problems are not intractable because the solutions allude people. It is usually because the solution would not be politically tenable. The Medicare crisis is a massive problem anybody with a third-grade math education could see coming a mile away. The solution would not sit well with the group that votes in the highest numbers and the opposition willing to use some of the worst propaganda to avoid solving a problem they very well know exists. Our old buddy malice again. They’ll just use envy against some supposed greedy group as to why this problem won’t go away. If only we had more of some other person’s money, but not yours! Greed might be a seven deadly sin, but it is hard to avoid the fact that it was largely used as an accusation throughout history to scapegoat whatever group was at the time disfavored.

The worst of the seven deadly sins, something even Shazam! recognized, is envy. The other sins all have their place, but envy has no functional use in society to do anything useful. Coveting what someone else has never ends well, unless it motivates you to be better (but the same could be said for all the other sins — well, except sloth.) Envy is used by awful people to whip up mobs against someone whom that terrible person has convinced the mob has wronged them. Virtually always not the cause of the problem. Greed is only truly a problem if one obtained their wealth unfairly. Free will and all that. And that is why greed works so well to gin up envy. This has been happening for thousands of years to this very day, to any group or individual doing better than the rest of us. “It’s unfair that Jeff Bezos made billions completely changing how we engage in commerce!” It’s frankly just silly.

“But what does this have to do with fatalism?” Thank you for asking that, fictional person that’s a stand-in for the reader. Fatalism is the idea that what currently exists is what will always exist. Or, in effect, complete codswallop. It is why static tax analysis is stupid. Most morons who make this argument believe that if they drastically change the incentives of the system we operate under, virtually everyone will continue doing what they’re currently doing. In other words, not realizing how incentives work. To bring it back to the static tax analysis example, raising taxes always changes behavior if you realize your taxes have gone up. This is precisely why meddlers love value-added taxes or VAT. These are taxes that are basically “shadow taxes.” Not banishing you to the Shadow Realm, but taxes that are not apparent to the end consumer. It’s not like a sales tax that you see on the receipt you usually immediately throw away. No, it’s like gas taxes. If more people, especially in PA, knew how much the price of a gallon of gasoline was before federal and state taxes, they’d riot. Especially considering what those taxes are supposed to be used for, roads and bridges or infrastructure. You think we’re getting our money’s worth out of that?

In a global economy, people who are already wealthy have little reason to always stay in the country they are currently taxed in, no matter the situation in the future. If America were to wage a 95% tax on the top 0.1% of earners tomorrow, most would easily flee to another country. One of the Facebook founders did that. Of course, this ignores that income taxes can only tax income. *Laughs in Bezos.* This is why Elizabeth Warren and others want to wage a wealth tax, which, beyond being completely unconstitutional, depends on a moving target of asset valuation. One man’s trash is another man’s treasure, so how does a government do a full asset valuation if they even know what every rich person fully owns? And how does stock value enter into wealth? Those assets are technically fungible, but also give those people power within the company, whether publicly traded or not, because of the percentage they own. A wealth tax is an idea that only a person who never matured past that first bong rip freshman year would find brilliant. But, unfortunately, that’s most successful politicians. Is that being fair? Probably not, but contempt for politicians is something not enough people take to heart. Because everyone seems to love their elected representatives. It’s always the other politicians that are terrible. That one over there. Not this guy. Heavens no; he’s our guy! Tribalism is a powerful drug.

What is current right now never stays that way for long, in the cosmic sense but also the human one. Time takes its toll on everything, for both good and ill; technological development being the obvious good one. Fatalists always think there’s no way out of our current mess, whatever that problem might be, without centralized control. Because they’re small-minded. Unfortunately, there are a lot more of them than the intelligent. And the wise always run into the evil people. No one really remembers the thousands of millions of people in the Roman Empire that weren’t leaders or philosophers or artists. History is written by the winners, but also isn’t made by anyone not willing to risk it all. My advice to the world: Create. But not you, progressives. Get off the levers of power. You’re just Karens in disguise. And you too, social cons. You think trying to deny the existence of gay people makes you not a Karen? That’s a good one.

And that’s why fatalism sucks. Any questions?