Twenty Years Into the Future 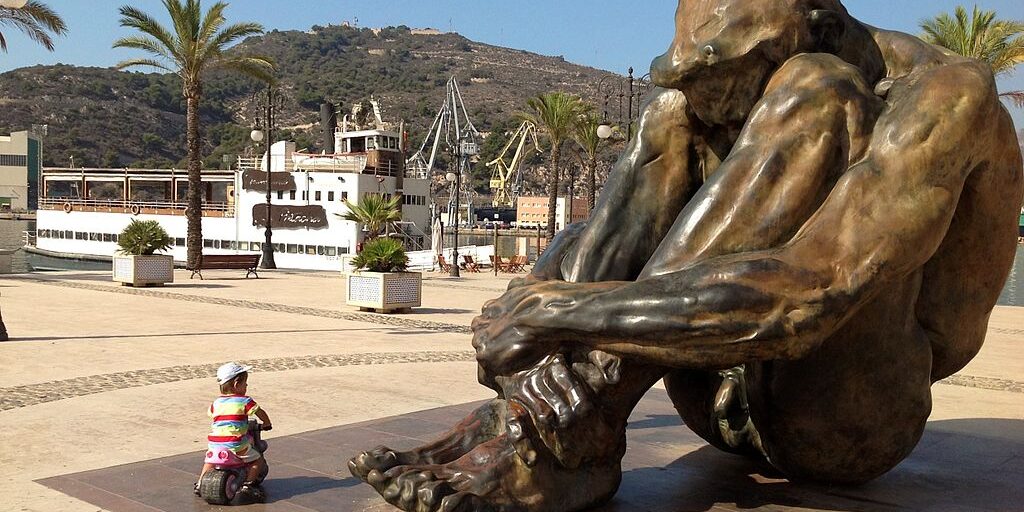 It seems as if all my memories took place in the hour of twilight and remain suspended there between evening and night. This could be the result of living in the northern latitudes as an adult and in the South as a younger man; twilight is much more significant, sharper there; it glows more intensely, but it also has the effect of rendering my memories less distinct, but sharper too.

I do recall standing with other young men, in the courtyard behind a dorm building embedded in the twilight din of crickets, with cheap candles in our hands on Sept. 12, 2001, attempting collectively to illuminate the darker day prior. I don’t know that any of us fully understood what had taken place, or what it meant, although meanings would soon enough be handed out like the candles. I do remember my friend Nicholas shrugging his shoulders and whispering to me,

In the version of this story that I usually tell, I respond: “Still too early to tell.” It was a conscious echo of the famous anecdote about the Chinese premier Zhou Enlai being asked in 1972 about the impact of the French Revolution and responding: “Still too early to say.” It’s one of those too-perfect stories: he apparently thought he was being asked about the 1968 Revolution, which probably was too recent to say. In my case, I said the first part, but I usually leave out what I said next:

In retrospect, this sounds too glib and aloof, and it was; but I was also wrong: 9/11 was a catastrophic act of terrorism, and it also worked; it was a trigger that launched the historical, and hysterical, unhinged overreaction that was The War on Terror, and much of the political dysfunction and cultural derangement that has afflicted America as a result in the years since.

But, then, I knew nothing. At the time, I was completely aloof and I was studying at a small liberal arts university that nurtured aloofness. I didn’t actually hear about the attack on the World Trade Center until late evening on the 11th. I knew that something was wrong; I could read it in people’s body language as I walked around the campus of William & Mary; I saw people who looked as if they were sleepwalking, or had just been awoken from sleepwalking. They were dazed and had become strangely timid, and it felt like I was in a dream. So, I just watched them and remained aloof. Until the sign on that evening’s class: “Cancelled.” We would later find out that the professor’s son was working in the Trade Center building; instead of lecturing, he spent all night trying to find where his beloved child was- he survived.

Meanwhile, with my second cancelled class of the day, I wandered around until I found another classroom with a television set on and a few academics huddled around it like a fire in a cave, and then I saw what had happened.

You could have knocked me over with a feather.

My current long-distance lady friend was in NYC at the time, where she still lives today; and, as with many people who go through disasters, what she remembers most is the mutual aid that arose in the community of terrified and wounded; the way people came together to help others to whom they might otherwise have never spoken. She still resents how quickly that was forgotten by the rest of the country, erased, rewritten as soon as the media and the government started firing up the jets.

When I graduated the following year, one of our commencement speakers was a very elderly Margaret Thatcher, who spoke only of the importance of fighting the “Waw on Tewwowr.” Nothing else seemed to matter by that point.

In a way, it was understandable. Nobody saw it coming. While the public in NYC responded nobly, the state apparatus was caught completely flat-footed. Intelligence warnings had been ignored; fighter jets were sent to intercept planes that had already crashed; after nearly sixty years of the “military-industrial complex,” its very heart, the Pentagon, was caught unable to protect itself from a kamikaze bomber, for Christ’s sake. Exposed as a paper tiger, the US state was determined to strike back, and in the case of Iraq, strike preemptively. War is what we did well.

The so-called “political discourse” soon ripened and rotted on the branch. Where “liberals” were traditionally seen as feckless and financially irresponsible simps, now, they were mentally ill, treasonous, and likely sympathized with the terrorists; after all, both groups “hate America.” To be fair, there were some earlier predecessors to this vitriol: Rush Limbaugh was always more of an anti-liberal than a conservative; Straussian neoconservatism argued that liberalism breeds a sort of dissipated nihilism that will cause itself to collapse. But, now, the media discourse seemed more inclined to blame the classical liberalism that was baked into the American project from the start. The free press was an enemy of the state; the system of laws and debate a hindrance to the “decider” in chief (a concept borrowed from the Nazi legal theorist Karl Schmidt); dissent needed to be corralled in “free speech zones”; and, lest we forget, the Constitution “is not a suicide pact.”

The public took their cues from the state and panicked. Lest we forget “Threat Level Orange” and shoe bombers and anthrax and Homeland Security. And, even worse, the people who seemed to find new meaning and purpose in kulturkampf, expecting domestic political debates to invest their lives with grandeur. I’ve always felt there was something totalitarian about this impulse and a virtue in being “unaware.” War abroad faded from consciousness, while American domestic politics became the real “forever war.”

Back then, a new breed of “public intellectuals” arose. While the rest of us were unsure of things, teetering in uncertainty, they told us this was the world war of our times, an existential struggle for our very survival against an enemy ideology, “radical Islamism,” which was the Fascism our generation had to defeat. Even a brief comparison between the massive might and military of the Axis powers, and the “axis of evil”- handfuls of mutants riding around in the back of pickup trucks with decrepit rifles and box-cutters- made this ridiculous. The media, nevertheless, hailed the public intellectuals as clear-eyed realists. Within a decade, most of them had stepped back from their drumbeating; in response, the media praised them as intellectual fair-dealers. Now, most of them are still around, warning of the existential struggle our civilization faces for its very survival against the fascism of our time: “wokeism.”

What exactly was the left doing at this time? Very little. There were some anti-war marches; Susan Sontag was vilified by as an anti-American in the press; Michael Moore made his movie. Otherwise, Democrats simply acquiesced, faded into the background, after having spent the decade prior pleading that none of them were “liberals.” They maybe beat the drum a little less enthusiastically. Barack Obama would later run on a pledge to close Guantánamo Bay and never do so. Hopes were forgotten; change never came. Killing people with drones he found easier to sell to the public than on-the-ground combat.

About Guantánamo Bay: already by November, 2001, White House officials had begun writing what became known as the “torture memos,” a tortured argument that the courts could not reach prisoners of war kept in Guantánamo Bay and that a legal case could be made that the Geneva Conventions did not apply to a failed state like the Taliban government, nor to non-state actors such as Al Qaeda. The administration was trying to sell “enhanced interrogation” even before it was brought before the public. They were already planning a legal defense; in case they were prosecuted. As a result, torture, for Christ’s sake, went from being an absolute moral evil, to a sometimes-necessary emergency measure, to a tool, it was argued, that serious people would have no qualms about using. It remained a moral evil, but the grievous moral harm would be borne by other people; just as someone can never be “un-tortured,” someone made to torture cannot be easily made whole again.

For the Straussian philosopher princes in the White House, the point was to make an interesting rhetorical argument. When Colin Powel told them (in January 2002) exactly why these policies would harm American troops on the battlefield, reality got drowned out by theory. Nevertheless, as Saul Bellow’s Mr. Sammler once prayed aloud, speaking about absolute moral imperatives:

We forgot. It was at this point that my revulsion at the poisoned American culture made some things that were once inconceivable to me seem conceivable. I turned inwards to old books and art and away from all political conversations. And when my real-life Canadian girlfriend asked if she should move to the states, I said, “No, I’ll move there.” Canadians are always shocked when the American wants to live in their country, where there are less grandiose opportunities.

And so, she and I were together for about a decade and married for seven years. I’ve stayed here for the grieving. Sometimes grieving takes longer than you expect it to. And this has altered the entire course of my life and shaped its last two decades.

So, I suppose I was totally wrong on that count too.