Hayek III: Free Will and Freedom to Choose 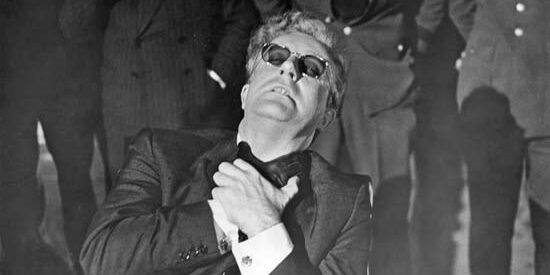 Not freedom of choice, but freedom to choose. Sounds minor, but there is a functional difference, beyond the obvious abortion discussion. I have mentioned multiple times here that I am a Hayekian. Let me finally answer why.

Hayek was the most prominent member of the Austrian School of Economics but did teach in London, where he sparred with Keynes, and in Chicago, where Milton Friedman would crib off him. That sounds harsh, but Milton Friedman was a supply-side economist of a macro mold. Macroeconomics will always be the preferred school of thought in politics because the meddlers, the Karens, love using data to think everyone can be nudged to do one thing that they, just by coincidence I’m sure, liked before they “found” data to support their position. While I do not think supply-side economics is “voodoo economics,” as HW would claim during the 1980 GOP primary (and y’all wonder why he was a bad successor to Reagan,) it has a major problem all schools of macroeconomics have: People.

What? Yes, people. Just because the most logical response to a given incentive is X action, doesn’t mean all people will respond to said incentive by doing X. The problem with government on a federal level is that the meddlers want everyone to do X. I can bring up loads of examples of this failure, from communism to Michelle Obama’s disaster of a school lunch program, but it is a tale as old as time. People always have a choice, even if that choice is illegal. Free will exists; human nature exists! America is a melting pot of competing ideas and ideologies. That’s what makes us strong. Europe is filled to the brim with people who all largely think the same, and usually have an absurd respect for authority. And they hate rehashing history. You can find an American on every street who will talk your ear off about their least favorite president. Just see what’s been happening in Princeton the last few years. One for you history buffs out there. But get a German to talk about Hitler. Or a Brit to talk about Neville Chamberlain or King George III. They’ll pretend that Thatcher was terrible, but she likely saved the country, so come off it then.

Most people do not enjoy being proven wrong. I thrive on conflict and chaos. My desire for conflict has led me to embrace Twitter for what it does best and worst: Discussion. Anyone can respond to anyone about anything. Unbridled chaos means the bad can easily outweigh the good, but the good is still there. I crave intellectual stimulation most waking hours of the day. Twitter is a powder keg, and I’m givin’ off sparks. I try, as much as possible, to be dispassionate when discussing anything. But, as it so happens, people read into my text (usually the mood they’re currently in) an emotion I did not intend.

Freedom to choose is the idea of free will. Humans, as individuals, control their own thoughts and are responsible, in most cases, for their own actions. It is the commies and the tankies and the Neo-Keynesians who wish to deny the right people (in their minds) agency. In other words, it can’t be their fault they got addicted to drugs and robbed that liquor store. We can quibble all we like about the concept of free will (Hell, Loki did,) but the issue at hand is fatalism. The “right side of history” crowd. Human history does not arc towards justice by itself. It takes great men working as individuals to make justice so. The collective inevitably becomes a mob led by a polemic who will punish his or her enemies by convincing the easily manipulated that those targets are bad for some reason. Witches, enemies of the state, etc. Marx was a fatalist. He was wrong on economics, human nature, human interaction, and loads of other topics. His theories sound nice, but are straight up evil in practice. His system depends on the very same people he decries as evil. There is no perfect man, so no perfect system can ever be fully implemented perfectly. Because of people!

I am an individualist. Capitalism succeeds largely because it assumes human nature and the individual. Capitalism isn’t perfect because humans are not enlightened. The system, built around liberty and natural rights, will leave us the best off as opposed to all other systems we currently have. Being free to do what you want means you are responsible for both the slings and the arrows. You fail, your fault. You succeed, you built that. Obama and others tried to pretend the social contract is actually responsible for Bezos or Gates or Jobs or whatever, but those people are small-minded, petty authoritarians. It is individuals who change the world, not the collective. Yes, they got help along the way, but it was their thoughts, their ideas, that they risked and saw that risk through, no matter what small-minded people told them to do. It is not being discouraged that leads to billionaires, not a random teacher. That teacher might have helped, but that same teacher might have discouraged others. Whiplash makes the argument that the true geniuses would not be discouraged, but this is nonsense. Being smart doesn’t make you strong. Tesla did not understand business and failed because Edison and Westinghouse did.

Your ideas depend on other people implementing them. Practically speaking, your system must leave free will alone to have any chance to succeed. Let people decide what they want to do and the world will be chaos, but a spontaneous order will emerge eventually.