Why The US Has More Job Openings Than Ever Before 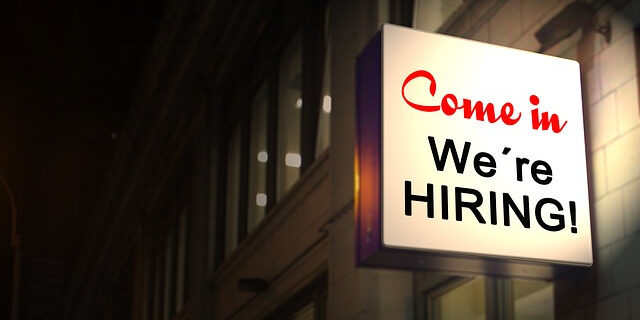 The very start of the pandemic led to job losses and people out of work at record-breaking numbers. Over a year later, businesses are struggling to hire enough people to join their staff.

Millions of people have left their jobs in the last several months, so many that this period of time is being referred to as the Great Resignation.

The workforce changed drastically with millions of people working from home, establishments with adjustments to prevent viral spreads, and anything being able to be received curbside. Then ironically, despite all the job losses, people seem hesitant to return to employers.

Reasons for the surplus of job openings are varied depending on the individual. Governmental, managerial, operational, economic, and most importantly entrepreneurial reasons are what has fueled the great resignation.

Employers are frustrating their employees
Decisions made by employers have affected the employees in different ways. People quit their jobs for a variety of reasons and some employers cannot seem to understand why resignations are being given left and right. Just in the month of April 2021, over 4 million people decided to resign from their employer.

The pandemic caused panic throughout the world and businesses have to follow CDC guidelines to be open. While some companies seemed to do so from the customers’ point of view, workers for some of these companies felt otherwise.

Covid spreads quickly and many did not want to put their families at risk. Some were also not ready to return to the office, especially after successfully doing jobs from home. Concerns over the increasing risks of contracting the virus from being at work led to many walking away.

Inflation and rising costs of living are common issues with Americans. Some people began receiving unemployment and realized that the government aid was more than their wages at work. Currently, no state’s minimum wage is enough to afford to rent in the United States. This is a huge eye-opener that only influences people to take more control of their income.

An article in inc.com stated that people are not leaving their jobs, but leaving their bosses. Poor management is common and employees have gained the confidence to walk away. With so many job openings in the workforce, it may not be too difficult to replace their current jobs.

Employees were unhappy with their management and felt influenced to pursue a different career path as well, resulting in job openings those types of managers are trying to hire more people for.

Some industries are not meeting the needs of employees by far

Retail, restaurants, and hospitality have struggled more than any other industries during the pandemic. Korn Ferry retail survey found that over 90% of retail businesses have trouble filling positions. These industries are known to have low wages for the average worker and many positions lack benefits and incentives.

Despite the feelings people have had with the workforce, the great resignation couldn’t have happened without people receiving support. For many, that support comes from the city, state, and federal governments.

Government aid has been sufficient for some people
The government has given Americans assistance that has lately made some people hesitant to return to the workforce or stay in the workforce. A common assumption for the struggle to fill open job positions is because of the unemployment funding people are receiving.

Stimulus packages have included single payments, federal unemployment payments, child tax payments, and more. Those with children have received SNAP benefits to feed their children at home from school, even if not received prior to the pandemic.

Bills have been deferred including rent, mortgages, student loan payments, and more. With all the aid people have been receiving lately, it is not far fetched to believe some people are simply taking a break from the workforce.

People decided to work for themselves instead
Businesses received plenty of support from the government during the pandemic. Loan programs, loan forgiveness, additional grants, and other support have kept businesses stable throughout the pandemic. People started businesses and are now thriving despite the economic effects of the pandemic.

The rise of the gig economy

Millions of people turned to the gig economy and became self-employed contractors. The major benefits are working from anywhere and at any time independent contractors prefer. The gig economy had so much growth due to the numerous ways to earn money online. Among the most common gigs are copywriting, graphic design, consulting, software development, and much more.

Upwork conducted a study that found 36% of the workforce is now freelancing and roughly half of generation Z people are in the gig economy.

Whether starting a business with employees or working self-employed, people are taking the opportunity to part ways with the workforce with the hopes of something better. The views of being in the workforce are changing, especially with millennials and generation Z workers. These two generations are more likely to leave their employment during this resignation period. Work-life balance and lifestyle choices are becoming more of a priority to people. Therefore, entrepreneurship has allowed people to gain more control of balance and choices.

Employers are getting a wake-up call
Businesses have been frustrated with the lack of employees after all the lockdowns, temporary closings, and quarantine. Many have lost sight of what makes employees feel valued. While efforts to improve diversity are there, making a job opening worth it, especially to good employees, has been often unachievable.

Therefore, this is a time for employees or people re-entering the workforce to have a voice and learn the power of negotiation. If low wages are a concern to you, then negotiate your desired pay with companies. If you are concerned about safety at work during Covid, let employers know of your lack of comfort. Most importantly, if you want to become an entrepreneur, there has never been a better time to start.

Lyle Solomon is a licensed attorney in California. He has been affiliated with the law firms in California, Nevada, and Arizona since 1991, and is the principal attorney of Oak View Law Group.