Thousands of US Troops Headed to Afghanistan To Cover Embassy Withdrawl 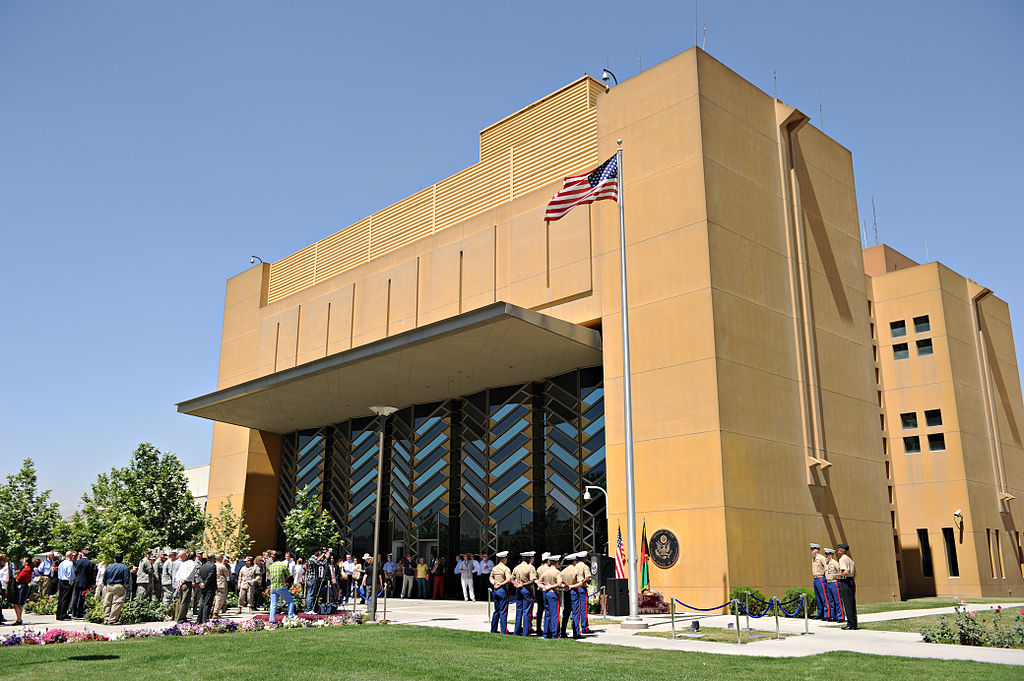 The Biden Administration can try to spin this any way they want, but the embassy actions say the fall of Kabul to the Taliban is coming sooner rather than later.

The Pentagon is sending troops to Karzai International Airport in Kabul to help evacuate U.S. embassy as the Taliban continues its offensive in Afghanistan: "This is not an abandonment. This is not an evacuation. This is not a wholesale withdrawal"-State Dept spokesman Ned Price pic.twitter.com/5ve8bQpFjH

The Biden administration will temporarily send thousands of additional military personnel to Afghanistan to provide security as the United States airlifts American civilians from the U.S. embassy there, the State Department said Thursday.

The departures take place as the Taliban continues a dramatic advance, seizing major cities across the country and moving to isolate Kabul, the Afghan capital.

State Department spokesperson Ned Price said the new military deployment, which comes just weeks before the Pentagon is scheduled to conclude its withdrawal under a timeline established by President Biden, would facilitate the departure of civilian staff.

Price said a “core” diplomatic staff would remain at the heavily fortified U.S. embassy to continue their diplomatic and consular work, but declined to say how many that would include. The United States will also accelerate departure of Afghans who have previously worked with the U.S. government and have applied for asylum in the United States.

But the decision marks a tacit admission that the United States is uncertain how long it can ensure the safety of its staff in a country where conditions are changing on a daily, and sometimes hourly, basis. On Thursday, Herat and Kandahar, the country’s second- and third-largest cities, were on the verge of falling to the militants.

In April, Biden announced that he would fully withdraw military forces in keeping with a February 2020 deal the Trump administration struck with the Taliban. News of the American departure after two decades appeared to have energized the Taliban and undermined the confidence of Afghan forces as they face their adversary.

Two U.S. officials familiar with the new military deployment said the additional forces will be sent mostly at the airport as the United States relocates some diplomatic functions from the embassy compound a few miles away to the airport.

They will augment the force of approximately 650 American troops who have been in Kabul since the U.S. military effectively ended its withdrawal from Afghanistan last month.

The moves to protect the embassy withdrawals is because the Taliban is rolling over the country:

The Taliban captured Afghanistan’s third-largest city and a strategic provincial capital near Kabul on Thursday, further squeezing the country’s embattled government just weeks before the end of the American military mission there.

The seizure of Herat marks the biggest prize yet for the Taliban, who have taken 11 of Afghanistan’s 34 provincial capitals as part of a weeklong blitz. Taliban fighters rushed past the Great Mosque in the historic city — which dates to 500 BC and was once a spoil of Alexander the Great — and seized government buildings. Witnesses described hearing sporadic gunfire at one government building while the rest of the city fell silent under the insurgents’ control.

The capture of Ghazni, meanwhile, cuts off a crucial highway linking the Afghan capital with the country’s southern provinces, which similarly find themselves under assault as part of an insurgent push some 20 years after U.S. and NATO troops invaded and ousted the Taliban government.

While Kabul itself isn’t directly under threat yet, the losses and the battles elsewhere further tighten the grip of a resurgent Taliban, who are estimated to now hold over two-thirds of the country and are continuing to pressure government forces in several other provincial capitals.

Thousands of people have fled their homes amid fears the Taliban will again impose a brutal, repressive government, all but eliminating women’s rights and conducting public amputations, stonings and executions. Peace talks in Qatar remain stalled, though diplomats met throughout the day.

The latest U.S. military intelligence assessment suggests Kabul could come under insurgent pressure within 30 days and that, if current trends hold, the Taliban could gain full control of the country within a few months. The Afghan government may eventually be forced to pull back to defend the capital and just a few other cities in the coming days if the Taliban keep up their momentum.

The onslaught represents a stunning collapse of Afghan forces and renews questions about where the over $830 billion spent by the U.S. Defense Department on fighting, training those troops, and reconstruction efforts went — especially as Taliban fighters ride on American-made Humvees and pickup trucks with M-16s slung across their shoulders.

That writer and editor should be ashamed of themselves; this is only a “stunning collapse” if you’ve been living under a rock for the last 20 years, have utterly ignored the Global War on Terror since 9/11, or lack the ability to read.

Everyone knew this was coming. Now, it is here.