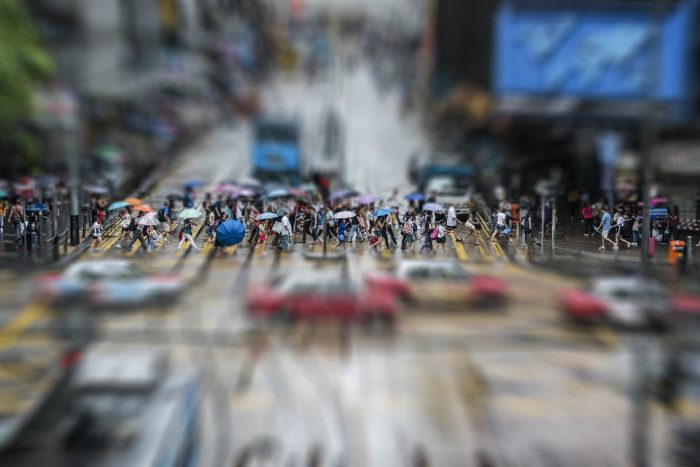 I love to break it to you, but no one is truly selfless. Human nature means an abiding sense of self-interest. It is why we continue to exist as a species. People will front and claim that selfishness, always someone else’s, naturally, is the cause of some problem in society. COVID vaccine hesitancy is only the most recent example. Getting people to do something they don’t want to do, especially if the alternative isn’t illegal or even popularly frowned upon, is a fool’s errand. People will do what they want to do, in many cases, consequences be damned. Because, and this is the key, they are willing to risk those consequences. I am not foolish enough to believe even for a second that every person who commits a crime is caught and convicted.

True altruism or true selflessness is impossible, like true objectivity, as you get something out of every action and inaction you decide to make or not make. Giving money to a charity you like makes you feel a little bit better. Or allow you to seek clout by telling friends or by posting it online. Human beings, beyond having self-interest, have a desire to be validated for their choices. I largely don’t care what random people think of me, but criticism from my best friend will give me pause. Why have you done this? Because it is in your self-interest to do so, according to you. I hate when some politician or public figure claims voters of the opposite party are voting against their self-interest. Who are you to claim that, Seth MacFarlane? Not only is that painfully paternalistic, you merely harden the stances of those whose minds you were seeking to change. No one likes to be talked down to, even if most people deserve it at some point in their lives.

Some people, including a few mutuals I greatly enjoy engaging with on Twitter, believe the Democrats are more empathetic than Republicans tend to be. I might agree with that if it mattered. Empathy is largely one’s ability to feel what someone is feeling, but that doesn’t really matter without action. I can feel bad for you and still rob you of agency for your terrible life choices. That’s what paternalistic and collectivist ideologies inevitably do. These downtrodden don’t know any better, but I do! Yeah, nothing bad ever happened because of that logic, totally… Republicans are colder when it comes to people in a terrible spot of bother. Why? As a more individualistic ideology, conservatism more generally and libertarianism specifically, Republicans would be more inclined to place at least some blame (if not the majority) on the person who is in trouble. Is this always fair? No, but life isn’t fair. Anyone who says otherwise is selling you something, potentially a bridge in Brooklyn.

As an example, Democrats only blame the victim if they hate the victim, but Republicans usually place at least some of the blame on the victim depending on the circumstances. Everyone has agency, no matter what progressives do to rob their favored downtrodden groups of said agency. Human beings are angels with filthy souls in that we tend to be mostly good, but opportunity and temptation lead to ruinous practices, especially on those who make it easy for the evil and manipulative.

But what does work? Guilt. Guilt won’t work on the assertive, extroverted, shameless, or sociopathic, but most people have a sense of guilt in them. Manipulative people especially know this. Definitely when combined with monetary incentives. Even a minor one, like five dollars. Because five dollars is five dollars. Guilt and money are two sides of the same coin. Negative and positive reinforcement. From the Marshmallow Test to lottery tickets for getting the COVID vaccine, people respond to the incentives presented to them. Avoiding harm (or shame among one’s peers) or gaining something can both affect behavior greatly without much loss on the one offering the incentive. But one must avoid the paternalistic inclinations when designing the incentives. It can become just another roll of the central planning dice that will always eventually come up snake eyes.

Solutions matter. Rhetoric rarely does. A good result from bad intentions is still a good result. A drop in the murder rate due to an increased police presence, even if petty criminals are more easily caught, is a good thing. But less murder is not always good if accomplished by putting lithium in the drinking water to turn most of the public into emotionless and neurotic husks which would probably crater the murder rate, but at what cost? There must always be a balance, for the Law of Unintended Consequences tolls for thee.