Wormwood: A Trip Back in Time, Literally 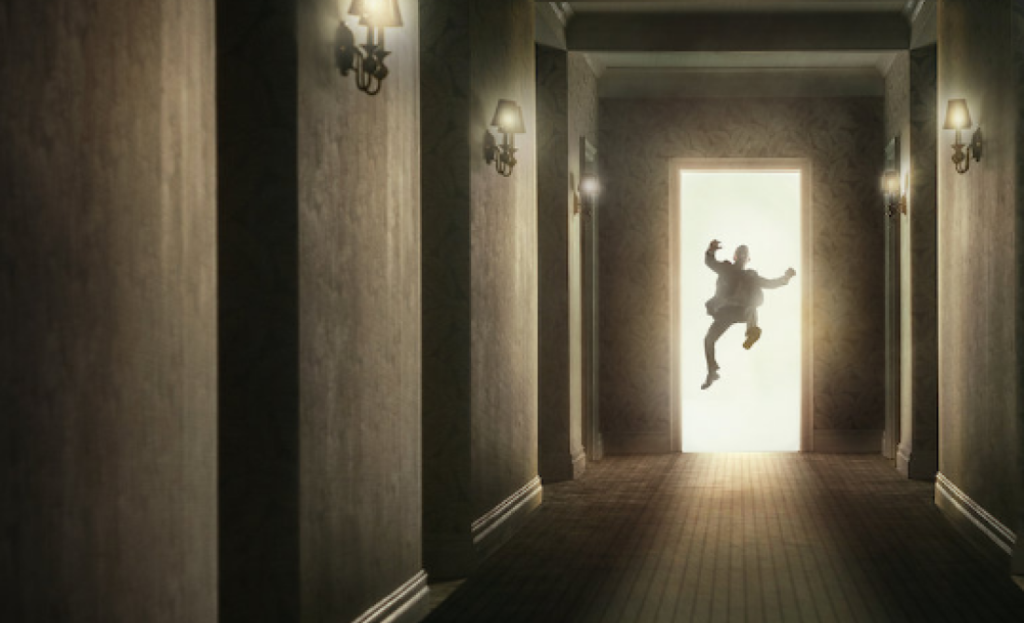 So, I finished watching Wormwood, and I need to talk about it.

Wormwood is a Netflix series about MKUltra and the bizarre death of Dr. Frank Olson, a scientist who worked for the government in the 1950s. Is it a dramatization or a documentary? Yes.

Before I get into the content I have to describe structure of the Wormwood series. Throughout 6 episodes, noted documentarian Errol Morris interviews several people, including journalists, lawyers, and most prominently, Frank Olson’s son, Eric. Interwoven with these conversations about what they were told happened, what they know happened, and what they think happened, is a dramatization of the events. It is not unusual for works like this to include reenactments, and they are usually quite cheesy, to be frank. Not so here, due in part to the acting power of the lead, Peter Skarsgård as Dr. Olson. The quality of the dramatizations enhances rather than distracts from the factual narrative, and the two are pieced together in compelling fashion.

To be fair, it would be hard to produce anything less than fascinating, given the subject matter. In a nutshell: Dr. Olson worked for the US Army Biological Warfare Laboratory as a biochemist. In November 1953, he was secretly dosed with LSD by his colleagues at a retreat in Deep Creek, Maryland, as part of the CIA mind control experiment project known as MKUltra. Nine days later, he crashed through the window of his room on the 10th floor of the Statler Hotel in New York City, plummeting to his death on the sidewalk below.

The fact that the CIA conducted covert experimentation on Americans using LSD is widely known by now, but it feels far removed and long ago. Like McCarthyism and the Cold War of the era, it feels like a distant part of history, a bit of interesting trivia and fodder for conspiracy theory enthusiasts. But in listening to Eric Olson, himself a tragic figure who has lost most of his life to pursuing the truth of what happened to his father, one realizes that it wasn’t all that long ago, and the fallout of the government’s actions lingers, decades on. And if you agree with the conclusions Eric eventually comes to, one is left wondering whether these sorts of nefarious deeds by the CIA and other shadowy agencies have ceased.

Eric was a little boy of ten or so when his father left for a work trip and never returned. The news he, his mother and two siblings received was that Frank Olson “jumped or fell” out of his hotel window.  The official story became that of the suicide of an unstable man, a narrative that never sat straight with Eric. After all, jumping out a window and falling out a window are two very different things. Oddly, the window was closed at the time, making a fall rather unlikely, but the suicide theory doesn’t make much sense, either; it seems just as unlikely that one would dive head first through glass to make the leap.

There are reasons to be skeptical. Despite having shattered the window on his way out, his body was not cut by glass. And then there was the phone call: the hotel switchboard operator connected a call from the room that lasted only a moment. The caller stated “well, he’s gone.” The person on the other end of the line replied “that’s too bad.” The caller is believed to be chemist Robert Lashbrook, Dr. Olson’s colleague with whom he shared the room. When police came to the room, Lashbrook was sitting in the bathroom. His story was that he saw Olson run headlong across the room and dive through the closed window – and through the drawn blinds and curtains.

That was what the Olson family believed for the next twenty years. Then, in the 1970s, the Deep Creek  incident came to light when a report was released about the covert LSD experiments which had “led to a suicide”, and the family realized the story was referencing Frank Olson. The family filed a wrongful death suit, and they were invited to the White House to receive a personal apology from President Ford. The story morphed from the suicide of a disturbed man, to that of a man driven to suicide by the aftereffects of the LSD he was surreptitiously given by his government colleagues. The family received a settlement from the government, and MKUltra became a somewhat of a legend in CIA lore – albeit a true one.

As Wormwood documents, it didn’t go away for Eric. He continued his pursuit of the matter, including an exhumation and second autopsy of his father (which found injuries inconsistent with the fall from the window.) Eric still lives in the family home, still seeking definitive answers. It is hinted in the last episode that he believes he has them, for the most part, and the final re-enactments portray the scenarios he believes most likely.

Surprisingly, Eric believes the real story is not a man driven to madness through medical grade LSD, but rather a dissident who had learned about things his government had done which left him unsettled — and dangerous to his employers. It seems that “oops, we covertly dosed him with LSD and he had a bad trip, went crazy and dove through a window” was the cover story. Roll that around in your brain for a minute.

The documentary elements of Wormwood remind the viewer that this is not a Hollywood thriller, while the dramatic elements bring vivid life to the story. There are home movies of the Olson family in happy times, and then there are clips of the 1953 film Martin Luther, as well as the 1948 version of Hamlet. The clips are interspersed throughout the series, tying together themes of a man who refuses to renounce his truth and another who is consumed by his father’s death.

Between Skarsgård’s acting and that of the others in the cast, the earnest and somehow relatable indignation of Eric Olson in his quest for the truth, some shadowy goons right out of central casting, and some deeply unsettling scenes from the Statler Hotel, Wormwood is a creepy, fascinating, look at a time in our past more interesting — and troubling — than anything Hollywood dreams up.