Thomas Barrack Indictment: Read It For Yourself 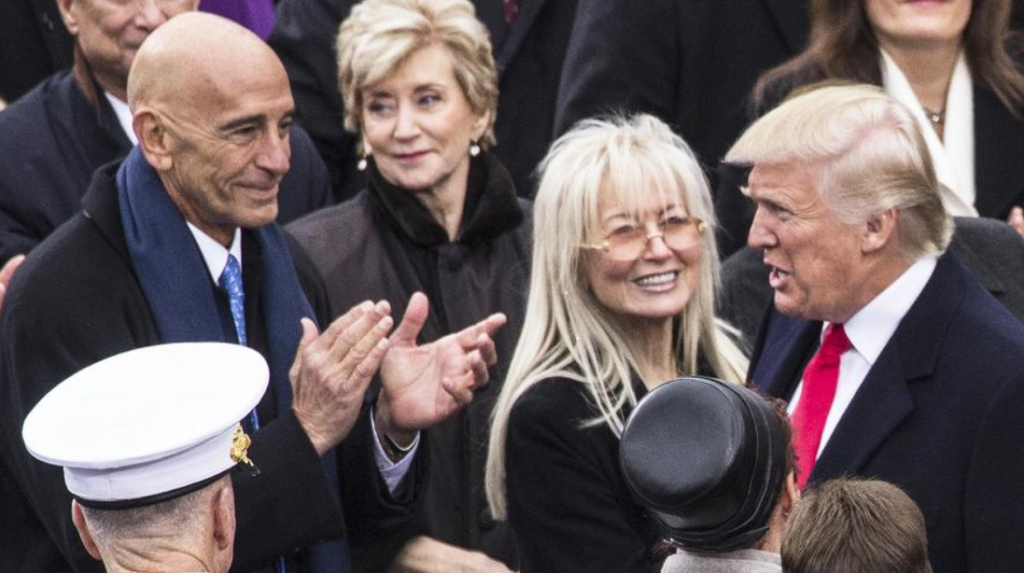 Thomas Barrack at the inauguration of Donald Trump, for which he served as the President of the Inauguration Committee. Photo by Stars & Stripes

Long-time Donald Trump associate who once served as president of the 45th president’s Inaugurial Committee, Thomas J. Barrack has been indicted for being an unregistered agent of the United Arab Emirates, among other charges. He is the latest in a long line of Trump associates and campaign/administration officials who find themselves in legal trouble.

He and two other defendants are accused of acting and conspiring to act as agents of the United Arab Emirates between April 2016 and April 2018, according to an indictment unsealed Tuesday afternoon.

Prosecutors allege Barrack, 74, used his decades-long relationship with Trump to lobby on behalf of the UAE without registering as a lobbyist or telling administration officials he was working on the country’s behalf. They also say he lied to FBI agents during a 2019 interview about his dealings with the wealthy Persian Gulf nation.

The 45-page indictment paints a portrait of a well-connected businessman devoted to advancing the UAE’s goals in the United States: trying to change the wording of a campaign speech, pushing for particular people to be hired in the new administration and aiding the UAE in its battle with regional rival Qatar.

Barrack, according to the indictment, helped schedule calls, draft statements, nix certain meetings and generally tried to push U.S. policy to be more favorable to the UAE, which he called the “home team” in one email to a co-defendant.

The charging documents do not claim that Barrack, who chaired Trump’s inaugural committee, was paid for his secret lobbying work. But a UAE sovereign wealth fund has invested significantly in Colony Capital, the investment firm Barrack founded and ran for years before he stepped down as executive chairman this year.

Also indicted and arrested Tuesday was Matthew Grimes, an employee at Colony Capital who authorities say reported directly to Barrack. A third man charged, Rashid Alshahhi, is a citizen of the UAE who lived in California until the FBI interviewed him about the case in 2018. Three days later, officials said, he fled the country.

Barrack and Grimes appeared in federal court in Los Angeles on Tuesday, where a judge ordered them to remain in custody for at least a few more days until their lawyers can present a set of bail conditions that prosecutors would accept. It is unclear whether they will be released before jail officials transfer them to New York, where the indictment was filed in federal court in Brooklyn.

“The defendants repeatedly capitalized on Barrack’s friendships and access to a candidate who was eventually elected president, high-ranking campaign and government officials, and the American media to advance the policy goals of a foreign government without disclosing their true allegiances,” said Mark Lesko, the acting head of the Justice Department’s national security division.

That alleged conduct, Lesko said, “is nothing short of a betrayal of those officials in the United States, including the former president. Through this indictment, we are putting everyone — regardless of their wealth or perceived political power — on notice that the Department of Justice will enforce the prohibition of this sort of undisclosed foreign influence.”

Barrack’s primary residence is in Los Angeles. His spokesman released a statement that said: “Mr. Barrack has made himself voluntarily available to investigators from the outset. He is not guilty and will be pleading not guilty.”