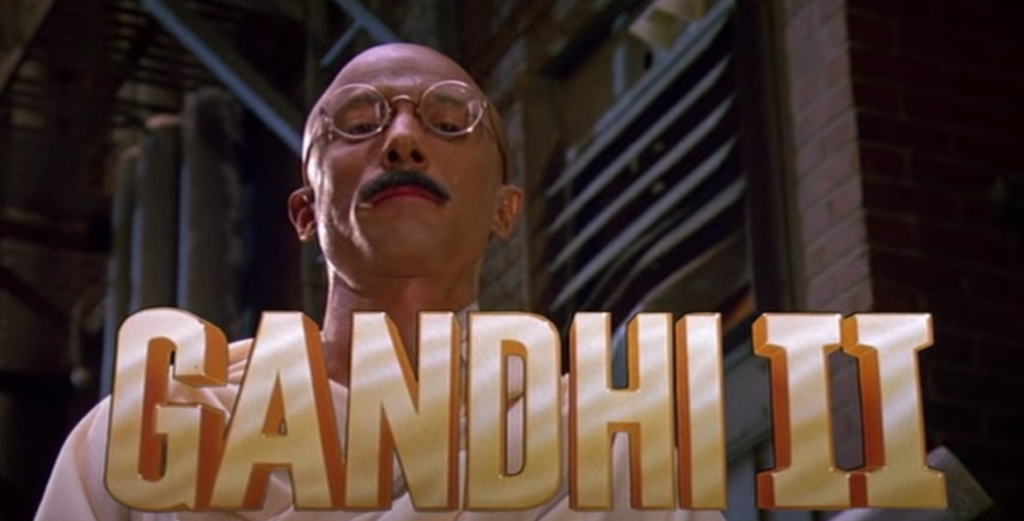 Yes, the title is a reference to UHF, what did you expect from me?

The limits of what any one person could know was Hayek’s whole jam. Taking the theories of empiricism that David Hume expanded on from John Locke to basically establish that since human senses are fallible, there can be no objective truth. Only differing levels of belief. Everything humans know or believe is subjective. In short, “I think, therefore I am” might be the only thing a person can conclusively prove to themselves, but not to others. If that sounds slightly maddening, I should remind you this kind of stuff makes me very popular at parties.

What Hayek did in practice was to determine that since objective truth is impossible, one must focus on the individual. What an individual does is all that that individual can control. Hayek’s mentor, Ludwig von Mises, loved the concept of human action so much that Human Action was the title of his most famous and seminal work. The problem is that most of the bright minds of Austrian economics are long dead, and the idiots who took up their torch, think Bannon after the death of Andrew Breitbart, really screwed the pooch. Ron Paul, as I have mentioned many times before, is one of those crazy people, although he managed to get pimp slapped by William F. Buckley, Jr. back in 1988 when he made the mistake of going on The Firing Line without an original idea in his brain that wasn’t pants-on-head insane. As is usually the case for those who run for the presidency as a Libertarian.

This brings us up to presidents. Ronald Reagan was not perfect, but he is the last great president the United States has had. Not a single great president during my lifetime. I define a great president as being the right man at the right time who accomplished the right things. A very rare hat trick. Some presidents are good presidents but not great men, while others are great men but bad presidents. Dubya was a nice man, but almost any Republican at the time would have mostly done most of what he did. Stopping Al Gore and John Kerry from getting to the Oval Office were the two best things he ever did. Reagan built the moral, economic, and philosophical argument that would eventually topple the Soviet Union. He gets virtually all the credit for that.

The big L Libertarians, as a political party, are filled with cranks, much like the two dominant political parties, but their percentage of cranks is much higher per capita as a national party, as it were. Disliking the word “federal” as an adjective in front of anything doesn’t help them. The whole “It does more harm than good!” is a terrible argument in most cases. Does it do some good and is just poorly implemented or is the idea itself terrible? Because Libertarians should know full well how mismanagement has hurt them as a political movement.

Hayek argued consistently on “social” being a bad adjective, making whatever word that follows the opposite of what that word means by itself. Social Justice was what he was arguing against primarily. Social Justice ain’t justice. I could go deeper into that, but if you don’t already agree with me about that, I doubt I will change your mind. Just watch him explain it. He was a smarter man on this than I.

Which circles back to what I said in the beginning: I am no expert. Because no one is! On anything! Except one’s own thoughts. There is no such thing as an omnipotent person on any topic but themselves. And no one can ever be an expert on anyone else. I love Hayek but I am not him, so, of course, I don’t agree with everything he ever wrote. There is a reason I adore The Fatal Conceit so much. It was the capstone to his entire career. It had the insight of hindsight. The Road to Serfdom, while a seminal work in the argument against communism, is not a perfect work of economics. Hayek had not been an economist for that long when he wrote it, only about two decades.

I do need to read more of him, but this entire article is a brief introduction to one of his many seminal essays, The Pretence of Knowledge (he writes in British English.) To quote the second economic rap battle: “The lesson I’ve learned is how little we know/The world is complex, not some circular flow/The economy’s not a class you can master in college/To think otherwise is The Pretence of Knowledge.”

The basic point is that those who enjoy meddling in the lives of others will always see their own intellect as higher than it actually is (and greater than everyone else put together, the rubes,) and collectivism is what they inevitably lean into. And collectivism as a form of government always leads to a massive encroachment on individual liberty, such as fascistic and/or communist abuses. It is the Dunning-Kruger Effect as economic philosophy. When I talk about a “Karen,” I mean the meddlers. You are not doing it for the greater good; you are doing it because you crave power to make people do what they won’t do because you can’t convince them. Forcing them to do what you want is what you crave. My advice to you Karens? Leave everyone alone.  You won’t, but that’s not my problem until I encounter one.