From Excitement to Hard Pass on Roadrunner: A Film About Anthony Bourdain 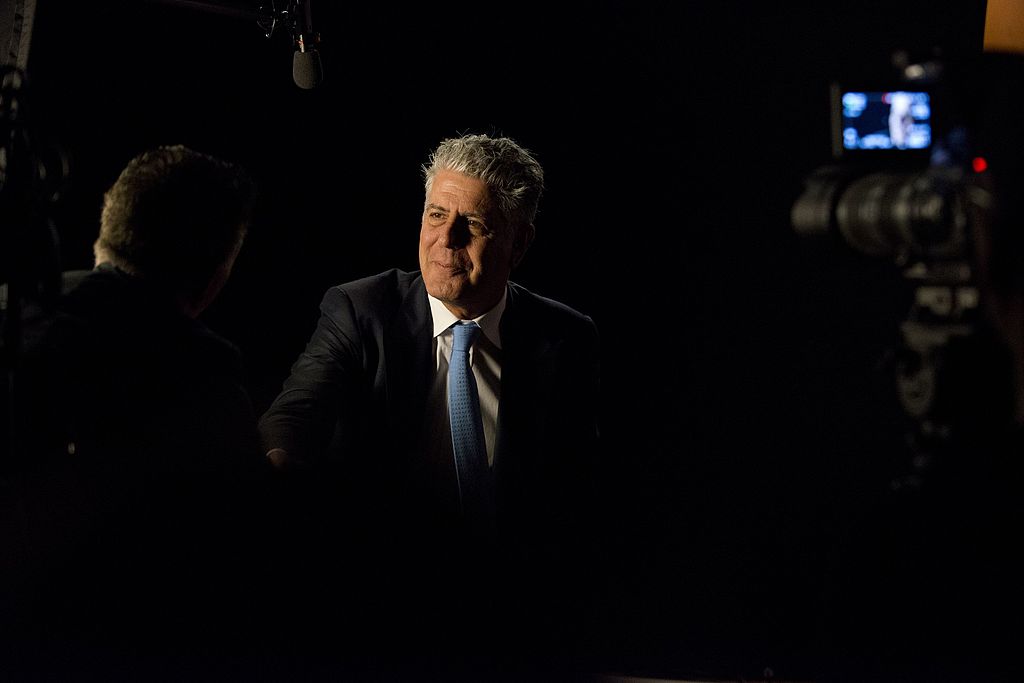 I have confessed often publicly that I don’t enjoy the movie theater experience. At all. There are various reasons for this but the hassle, expense, crowds, and auditory assault of surround sound just isn’t my thing. Those who really enjoy a mass of humanity to share the cinematic experience may go with God and enjoy it but I’m content to wait and just watch at home at my leisure. To cement the point of my uncoolness when it comes to the theater, the last movie I watched at my local theater was the Downton Abbey movie for a 10:30am showing on Sunday morning where my family and I constituted over half the paying audience in the large, modern, stadium-style seating cinema. It was, to me, just about a perfect movie experience, and I’ll happily accept all your slings and arrows of criticism for missing the point of going to the movies.

Perhaps, I thought, post-pandemic I would reconsider my dislike of silver screen entertainment with a throbbing throng of a live audience, push myself, and try to grow a bit as a person. The backlog of titles and coming attractions actually have several I want to see first run, in the theaters. And high on that list since its announcement was Roadrunner: A Film About Anthony Bourdain by Morgan Neville. A documentary maker with an Oscar, responsible for the wonderful Won’t You Be My Neighbor covering the beloved Fred Rogers, on paper it seemed to be a can’t-miss combo of a subject I was already invested in Anthony Bourdain, and a filmmaker that knew what he was doing in telling a story.

I have gone from eagerly wanting to make a rare trip to the theater in person to see Roadrunner: A Film About Anthony Bourdain, to actively making sure I never see it at all. The fault for this, and the anger that I and many others are sharing, falls deservedly onto Neville’s decision to put AI generated words in the late Bourdain’s self-silenced mouth.

Angry and uncomfortable reactions to the voice cloning in the Bourdain case reflect expectations and issues of disclosure and consent, said Sam Gregory, program director at Witness, a nonprofit working on using video technology for human rights. Obtaining consent and disclosing the technowizardry at work would have been appropriate, he said. Instead, viewers were stunned — first by the fact of the audio fakery, then by the director’s seeming dismissal of any ethical questions — and expressed their displeasure online.

“It touches also on our fears of death and ideas about the way people could take control of our digital likeness and make us say or do things without any way to stop it,” Gregory said.

Neville hasn’t identified what tool he used to recreate Bourdain’s voice but said he used it for a few sentences that Bourdain wrote but never said aloud.

“With the blessing of his estate and literary agent we used AI technology,” Neville said in a written statement. “It was a modern storytelling technique that I used in a few places where I thought it was important to make Tony’s words come alive.”

Neville also told GQ magazine that he got the approval of Bourdain’s widow and literary executor. The chef’s wife, Ottavia Busia, responded by tweet: “I certainly was NOT the one who said Tony would have been cool with that.”

Let’s just get to the heart of this: Anthony Bourdain is an exceedingly complex figure, and beloved despite if not because of it. He was a very public and loud voice between his writing, television, and other media. The specter that is haunting the public that want to know more about this complex human being is that Anthony Bourdain’s voice was silenced by Anthony Bourdain when he committed suicide in 2018. A documentary with the marketed tagline in the trailer of “it was always about Tony becoming a better person” is suddenly about folks wanting Bourdain protected from a director who has decided to take this moment to make the story all about him and his filmmaking techniques.

The specific usage that has outraged folks is broken down in this The New Yorker piece:

There is a moment at the end of the film’s second act when the artist David Choe, a friend of Bourdain’s, is reading aloud an e-mail Bourdain had sent him: “Dude, this is a crazy thing to ask, but I’m curious” Choe begins reading, and then the voice fades into Bourdain’s own: “. . . and my life is sort of shit now. You are successful, and I am successful, and I’m wondering: Are you happy?” I asked Neville how on earth he’d found an audio recording of Bourdain reading his own e-mail. Throughout the film, Neville and his team used stitched-together clips of Bourdain’s narration pulled from TV, radio, podcasts, and audiobooks. “But there were three quotes there I wanted his voice for that there were no recordings of,” Neville explained. So he got in touch with a software company, gave it about a dozen hours of recordings, and, he said, “I created an A.I. model of his voice.” In a world of computer simulations and deepfakes, a dead man’s voice speaking his own words of despair is hardly the most dystopian application of the technology. But the seamlessness of the effect is eerie. “If you watch the film, other than that line you mentioned, you probably don’t know what the other lines are that were spoken by the A.I., and you’re not going to know,” Neville said. “We can have a documentary-ethics panel about it later.”

You go ahead and have that panel, but the damage is done. There is a very needed conversation about the ethics and value of the AI and voice technology both in films and in wider modern life. Questions that involve the very essence of what is your voice, image, likeness, and how much control over that you should have when technology can replicate that. But that isn’t why folks are outraged at Roadrunner: A Film About Anthony Bourdain, and getting into a philosophical argument is beside the point.

The fact that Neville busted out this particular tool in his vast storytelling tool kit is telling, and his belligerent response to the criticism is even more so. The objections are not just over the morals of using a voice that isn’t his, or the utilization of AI technology. He broke the first rule of a good documentary by making himself — the documentary maker — the center of the story instead of the subject he is supposed to be telling a story about. It is a break in faith with the audience that needs to trust the presentation they are seeing to be an accurate one. To do it to an audience over a beloved figure with a complex makeup and legacy that they are still coming to grips with, then wave off their concerns with a high-handed dismissal, comes off as deliberately self-serving.

There are a number of films, many of them very popular, that I not only haven’t watched, but that I actively and aggressively make sure I do not watch. It’s a short list, one that surprises some folks with titles like Avatar and The Passion of The Christ, and the reasons I do so are varied. In those two cases, I have no desire to see what others dubbed “Smurf Dances With Wolves…in 3D!” If I want the highly suspect Mel Gibson’s opinion on the final days of Christ I would…you know what, let us be honest there is no circumstance whatsoever wherein I want Mel Gibson’s opinion on much of anything, especially his torture porn version of the crucifixion of Jesus. But though both filmmakers have well-documented personal issues with themselves and playing well with others, Cameron and Gibson never went out of their way, to my knowledge, to trick their audience, then insult their intelligence when that same audience didn’t appreciate it. And those were films where creative license is baked into the cake, unlike Roadrunner: A Film About Anthony Bourdain which is supposed to be a documentary answering questions about a contemporary figure. Neville has, then bragged about it, then mounted his high horse of filmmaker privilege when challenged on it.

I have a lot of questions about the life of Anthony Bourdain I would like answered in a well-made documentary. Those questions will, and ought to, be really hard and uncomfortable ones for an audience. That’s how Anthony Bourdain did his own writing and documentaries, by unflinchingly looking at the human condition as it existed and trying to understand it on a human level. It’s why he was beloved by folks across the globe. It’s why his suicide hit folks so hard. It’s why putting words in his mouth via AI feels like a particular betrayal. Bourdain had no problem saying what he thought, and letting folks judge him for it as they would. Neville’s sanctimonious “We can have a documentary-ethics panel about it later” treatment of the audience probably would have offended Bourdain far more than any slight to he himself.

Of his many self-admitted and well documented sins in his life, among all the things Anthony Bourdain did and experienced, there are two glaring things this episode make clear he never did: He was never not himself, and he never insulted us. Had Neville just managed to do two hours of following those standards Roadrunner: A Film About Anthony Bourdain would have been ok, and he probably had an all-timer of a documentary for his impressive resume.

He failed on both counts, and he can blame himself for it.