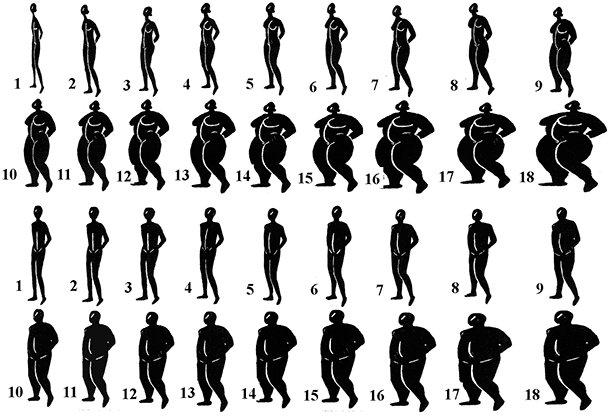 [ThTh1] In the early 2000’s, a much-ballyhooed study claimed that obesity was causing around 365,000 deaths per year. However, a subsequent study from Katherine Flegal showed that the methodology was flawed. It failed to account for confounding factors like smoking and used very outdated mortality calculations. The actual number of obesity-related deaths was a third of what they were claiming. Moreover, the data showed that, at least in terms of lifespan, being slightly overweight was preferable to being “ideal”.

The response from the healthcare community was…not good. This week, Flegal published a great article detailing the attacks she endured because she had the temerity to buck the obesity consensus, including some from big names in the field. At one point, the Dean of Harvard convened a panel specifically to attack her work, which has held up so far.

I actually wrote about it at the time. I was far more vociferous in 2013 than I am now, using some very technical scientific terms that might cross the layman as profanity. But the attacks on Flegal’s work crossed me as less motivated by scientific rigor and more motivated by not liking the results of her work.

One of the problems our society has is that…we really like our moral panics. And we really like it when science backs up our moral panics. I wrote a few weeks ago about how overpopulation turned out not be a concern. But the response of overpopulation hysterics to the likes of Borlaug or Simon was not relief, but anger. For years, I’ve written that most of the social science on “sex trafficking” is junk and that we do not, in fact, have a giant sex slave industry in this country. But those facts provoke not relief, but anger in those who support the moral panic. We have seen similar reactions to moral panics over satanism, drugs and, hell, even COVID-19. There is a certain group of COVID hysterics on Twitter who are always pushing worst-case scenarios and always getting angry someone dashes cold water on them.

Part of this is human nature. There’s a part of our mind that really wants to believe things are bad. But part of it is deliberate. There is a feeling among many people, including scientists, that you need to predict the end of the world to get people’s attention. There’s a quote that P.J. O’Rourke repeats in All the Trouble in the World in the context of environmental hysteria:

[W]e have to offer up scary scenarios, make simplified dramatic statements, and make little mention of any doubts we have. Each of us has to decide what the right balance is between being effective and being honest.

This is not a good approach to science. The public eventually tires of having their chain pulled like this. We’ve seen with COVID-19 that hysterical predictions tire the public and make them less willing to comply with safety measures.

There’s no question that obesity is a problem in this country and Dr. Flegal would be the first to agree. As someone who needs to shed a couple of stone, I’m living proof of this. But the disastrous turn-of-the-century predictions of skyrocketing obesity have proven incorrect and the scale we are using to judge health appear to be a few pounds too light. That’s good news. And it’s a shame that so much effort was invested into trying to debunk her work on obesity rather than using it as a springboard to better public health policy. Because it seems to me that the more tenable the goal is with Americans’ weight, the more likely they are to make the choices necessary to get there. If you tell me that a weight of 205 will get me to decent health, that’s a reasonable goal I think I can reach. If you tell me that 175 is the goal — a weight I have not seen since I was in college and two inches shorter than I am today — I’m more likely to just say, “screw it, I’m doomed” and reach for some more fries.

[ThTh2] Remember when Betelgeuse dimmed? We may now know why. And it’s a really cool reason why.

[ThTh3] A new paper indicates that COVID-19 infections may cause brain damage. A note of caution, however: this is one study and it’s not entirely clear what the results mean. But it is another reason why I say it will be years before we know the real impact of this pandemic.

[ThTh4] How do you clean dirty statues? How about with bacteria.

[ThTh5] Columbus didn’t prove the world was round. It was known since ancient times, because people could see the shape of the Earth’s shadow during lunar eclipses. Here’s a map of what they thought the world looked like.

[ThTh6] It usually takes many decades and exquisite precision to measure the motions of stars. Unless, that is, they are zooming around the giant black hole at the center of the Galaxy.

Fireflies? Nah: stars. This time-lapse video from the NACO instrument on ESO's Very Large Telescope in Chile shows stars orbiting the supermassive black hole that lies at the heart of the Milky Way over a period of nearly 20 years [source: https://t.co/oirYH22Smm] pic.twitter.com/yzjo254oB8

[ThTh7] A really cool proposal for getting water out of the lunar surface: rocket mining. (H/T: Tim Hamilton)

this illusion broke my brain 🤯 pic.twitter.com/BvgO2TcwFE

[ThTh10] A really amazing thread on cave art. Our ancestors were so clever.

[ThTh11] No, it’s not going to hit us. It will never cross our orbit. But a gigantic comet is making a trip through the Solar System. 2014 UN 271 is one of the biggest comets we’ve ever detected, some 150-200 km across. It is currently headed inward to just about reach the orbit of Saturn in 2031 before it chugs back out to the Oort Cloud. Then we won’t see it again for another 3-5 million years. Right now, it’s way too faint to see except with a big telescope. But maybe it will brighten. Hopefully, I’ll still be writing and you’ll still be reading my words a decade from now when we see what it has in store for us.