What Andrew Breitbart Got Wrong 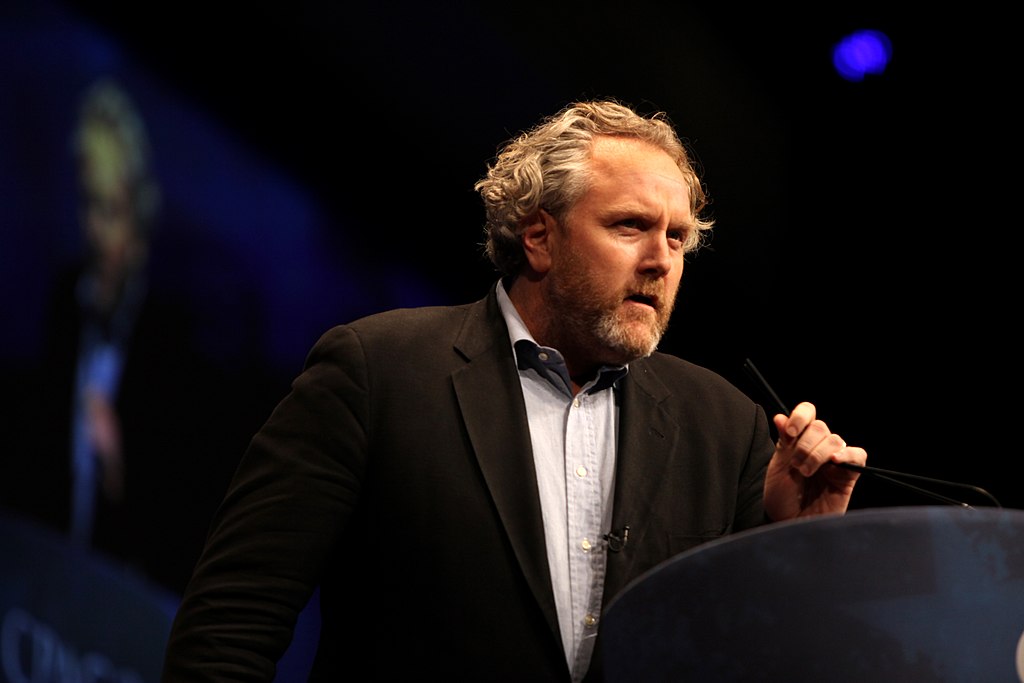 To be frank, I loved Andrew Breitbart. He died during my college years. I will always remember reading the news. I had his memoir Righteous Indignation in my backpack right next to me at the time. I was doing some homework or goofing off in one of my university’s many computer labs when the news came across whatever news feed I was using, probably Hot Air’s Headlines tab. Really hit me hard for a minute there, sort of like Chadwick Boseman.

Andrew Breitbart had one super-duper famous quote a lot of people seem to misinterpret: Politics is downstream from culture. It means culture war battles matter more than political ones. In most cases, he’s right about this, but there’s one major place he’s wrong here: The states.

Now, what? You may be asking yourself that right now. The power of states is not determined by culture in most cases, because most statewide and regional races rarely become national news stories where the culture can infest it. They don’t tap into the country’s collective zeitgeist; they don’t become “pulse of the nation” races. The Democrats’ complete dominance in culture war battles since the end of the Reagan era (and when the Bush 41 holdovers took over the party until Trump’s rise routed them out) is apparent. (Might be a reason for that, people.) It is hard to think of a single major culture war flashpoint that conservatives or Republicans won the war. Sure, a victory in a battle here or there, but liberalism of the progressive strain has racked up war victory after war victory. As an example, it is currently Pride Month. Gays have reached such a height of cultural acceptance in such a short period of time, pandering to them with virtue signaling is the norm for a multi-national corporation, not the exception. Except in countries where being gay is illegal or punished severely. Never said virtue signaling was courageous, brophalom. It is hilarious that Donald Trump was the first president elected to a first term who was in favor of gay marriage publicly when he was elected.

The best way for a Democrat to win a contentious statewide race is to turn it into a cultural flashpoint, especially during a presidential election year. Ask Todd Akin how being a national laughingstock hurt his chances at beating the senator who lost to Josh Hawley in 2018 (a great year for Democrats, if you’ll recall.) Sometimes, it is unnecessary if the Republican is an incumbent (and terrible.) The current governor of Pennsylvania, my home state, won the governor’s mansion in 2014, a uniquely bad year for Democrats. That’s how bad the Republican incumbent was, who strangely managed to win the Attorney General race in 2008, perhaps the best year for Democrats since 1996, in a state Obama won handedly (despite McCain’s best efforts.) Sometimes, political tailwinds of the personal or national variety cannot be overcome in the case of being terrible or great, respectively. That one dude in Michigan just ran for Senate in the two best election cycles for Democrats since 2008, even though the Senate would probably be blessed to have him. Sorry, bro: History only remembers the winners. And sometimes even forgets some of them. As seen in this very paragraph!

The issue at hand is where the real power is in America. In a strange twist of fate, the President actually has very little power within America. Internationally, loads. The power to declare war, for one. Within America, the true power is held by mayors, governors, and other local figures. The reason for this? The glorious American experiment of federalism, keenly defined in many places but especially the Tenth Amendment, one of my personal favorites. During COVID, Donald Trump got most of the blame (although he deserved some) when he had no true power to do anything about it. Congress had to pass monetary relief before he could dole it out, and he couldn’t force the governors who didn’t like him to do what he wanted. The President has no true power to dictate to the states if they decide to tell him no, so said The Zombies, basically. Yes, he could round up the military and force it, like Ike did during school integration in the South. But does the political will exist to do that for almost anything these days in the age of social media? With every bad actor and propagandist (but I repeat myself) jumping in front of the nearest microphone and framing what happened as positively for their side as possible? The age of Al Sharpton killed the political will to smack a governor in the face.

Noam Chomsky, on the other hand, does it slightly differently. He tells you to read 300 pages to explain his position, especially if the position is stupid and inflammatory (his bread and butter.) That’s why no one really knows of him, but has heard his ideas from people more gifted at marketing than he. I fell asleep watching one of his documentaries. If you must tie yourself into knots to explain your position, your position sucks. Brevity is the soul of wit, which I shall return to soon, friends and neighbors.

As an addendum, people ask me sometimes where I get these very random (but brilliant!) article ideas. My brain is a weird place. I just wrote this in the middle of the night early Sunday morning after humidity woke me up. My brain kept me awake. I got the idea Friday while working when that famous quote of a man I truly respected while he was alive just came across my synapses. How he would have acted in the Trump era is anybody’s guess, but that’s why Earth is for the living. You can’t force serendipity, but you can plan for it (as one of my favorite marketing professors used to say; thanks, man.) Four hours of sleep. And people wonder how I survive without coffee. When you’re happy, sleep sometimes doesn’t last long or happen easily. A blessing and a curse, as Adrian Monk used to say. My advice? Stay hydrated, folks. I will now return to watching the thirteen-minute crowdfunded music video for The Mystic Crystal for like the eightieth time. Ninja Sex Party’s magnum opus. Peep it.