Make The Marketplace of Ideas Great Again: Combating Disinformation Will Take All Hands 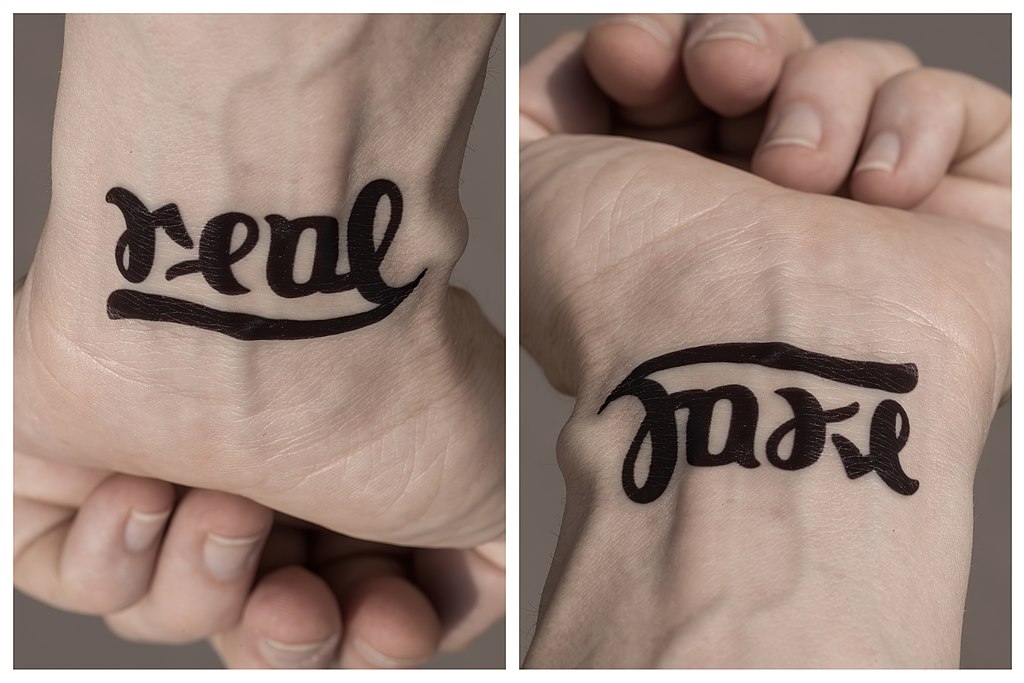 My wife Mae (not her real name) is cheerily determined, God bless her. A research librarian, she’s built a career on information literacy—specifically on teaching students how to find and evaluate digital sources of information. In this day and age, God bless her again.

She walks the walk, too. On Facebook, she politely challenges family members, high school friends, vague acquaintances, and third degree-of-separation-nobodies when they post conspiracies or disinformation. This baffled me for a long time. I have short patience with nonsense. When my Aunt Janet (also not her real name) began posting a long series of hot Grade-A garbage — PizzaGate was a particular favorite — on Facebook in 2016, I unfriended her. Being a journalist at the time, the flaunting of absurd conspiracies and disinformation was grossly, deeply offensive. (It still is.)

It occurs to me lately that Mae took the right tack, and I the wrong one. The reason really gets at the heart of a crucial struggle we’re having right now: How to hold onto truth in a reality-bending era. Disinformation is corrosive to democracy. The breaking down of truth and a shared reality means that democracy cannot function. We cannot agree on how to govern ourselves if we cannot agree that the sky is blue. I can register my dissatisfaction with Aunt Janet, but that does nothing to combat the encroachment of what the RAND Corp. has dubbed Truth Decay.

Part of the problem is the unending stream of disinformation and conspiracies flooding our phones and inboxes. But another part of the problem, one we have more control over, is the reality-based crowd remaining silent, out of uncertainty or some feeling of politeness or the sense that everyone has the right to say anything they want. Everybody does have that right. It’s enshrined in the First Amendment. Free speech is a fundamental principle in our founding. But let’s step back and remember what the First Amendment, and the idea behind it, is for.

The speech clause in the First Amendment, of course, is a restriction on the government’s ability to limit or regulate people’s foundational right to think and say whatever they choose. We hear about the broader concept of “freedom of speech” — loosely defined as freedom from any speech restrictions anywhere — when a company, for example, fires someone for expressing some point of view or another. Sometimes we even see people wielding it as a shield against criticism of false statements or fallacious logic.

We have this right for a very important, very practical reason, beyond a hazy notion of liberty. Freedom of speech exists to allow us as a people, to figure out what’s good and what’s not among ourselves. You’ve certainly heard of it before: the marketplace of ideas.

The brass-tacks explanation of this concept is that speech is to be unrestricted so we as a society can hear and evaluate all the information that’s out there, keep the best and discard the rest. That mechanism, importantly, depends on people actually discarding the rest. It places a responsibility on us. If Aunt Janet posts some crazed, ludicrous meme about child sex trafficking in the basement of a pizza parlor with no basement, the proper functioning of the marketplace of ideas would be for the people who know better to rebut Aunt Janet and call out the hokum for what it is, rather than leaving it unchallenged because “she has a right to her opinion.” The more it remains unchallenged, the more credible it can seem. But the more people who call it out, and the more often, the better a label will stick.

The problem of disinformation extends beyond the core group of people who really believe the falsehoods. The tinder that spreads the fire, like smoldering peat moss, is the cynicism—“You can’t believe anything”—of the people adjacent to the true believers. You can’t defeat truth even if a quarter of the public truly believes the sky is orange. But if you add on another 15 or 20 percent who throw up their hands, you’re closing in on a majority who have abandoned truth and knowable reality beyond their own direct, immediate experiences. Many of Aunt Janet’s friends on Facebook, or the people she repeated the conspiracy to, probably don’t believe in PizzaGate. But hearing or reading those lies, and others like them, over and over leads to 1) some things sticking as “true” because someone will recall hearing it somewhere before, and 2) “Everyone’s lying so I don’t know what to believe.”

While methodically attempting to debunk some tripe or other posted by a Facebook friend not long ago, my poor, Quixotic Mae got a little gift. One of the friend’s friends replied to one of her comments: “Thank you for posting this.”

You don’t know who else is looking and listening. Label that bullshit. Spread real information. Help make the marketplace of ideas function better by taking an active — and polite, to be sure! — role in identifying and marking buncombe, propaganda, conspiracy, and disinformation by replying — civilly! — with reputable news and academic sources, and fact-checks on the subject. Your Uncle Herman may just dismiss the Failing New York Times or Marxist universities, but others reading his posts could be swayed.

Getting Orange Sky people who are really locked into a warped reality to change their mind is difficult and can wreck relationships. People who aren’t willing to take that risk with a loved one can still push back gently with facts, presenting the argument for the benefit of the gallery, not the OP.

Insist on the truth. Chip away at cynicism. Do not shout; do not shame; do not cancel. Make the case to the best of your ability for whoever may be listening. It sounds hyperbolic, but the survival of our democracy depends on beating back the waves of bullshit crashing through our walls. Passively treating disinformation as just another opinion elevates it, lends it undue credibility, and allows it to take root and spread.

Why does it matter what people believe? When a sitting president actively intimidates and blackmails a foreign leader to fabricate dirt on his political opponent and broad swaths of the public simply doesn’t believe it happened despite widespread reporting, a transcript of the actual conversation, and sworn Congressional testimony, accountability is impossible. When a factional mob commits violence against our political leaders because their candidate lost an election and tens of millions of Americans believe falsehoods and conspiracies deflecting or downplaying the attack, it’s certain to happen again. Authoritarianism thrives in disinformation and cynicism, and when reality fails, our immune response to authoritarianism fails. The problem is greater than that 25 percent or so MAGA core, who most likely won’t change their minds. It extends to the next layer, those who say they don’t know what to believe, but wind up just going along with those around them. Many of those folks are gettable, and they’re the ones we need to reach. Remember: The voters are the reason politicians act as they do.

“Public opinion sets bounds to every government, and is the real sovereign in every free one,” James Madison wrote in 1791. Indeed. If public opinion is divorced from reality, the public’s representatives are sure to be as well. Therefore, if a chunk of the public doesn’t believe one of our political parties is actively anti-democracy, they can’t factor that into their votes.

Mae scored a small victory. Her tilting has inspired me. I guess I’ll reach out to see what old Aunt Janet has been thinking lately.

Val Heath is a former investigative journalist living and writing in Boston with his family. Currently, he is a communications professional while finishing a master’s degree in economics. He did not learn how to make sourdough bread during the pandemic.