The Reverse Gatekeeping of The She-Ra Reboot 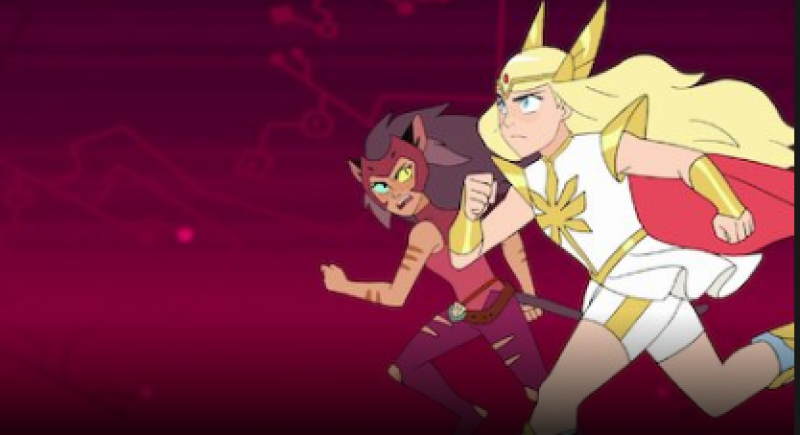 She-Ra’s reboot was poorly received by old fans. The new He-Man series, the second animated reboot after the early ‘00s one I grew up with, is being insanely well-received by longtime fans. Nue-Ra (what detractors call that reboot) fans are upset. Kevin Smith is doing it. These shows were or are both on Netflix. It’s weird.

He-Man figures are also selling really well right now. Mattel brought back the chunky ‘80s wrestler-style figures with modern articulation. They’re dope. I own two of them with the intention to eBay more. He-Man and Skeletor are the only ones to still be in stock at MSRP anywhere, unfortunately. At least in my area.

And that’s about it. Not a lot to say honestly. It’s just hilarious gatekeeping but in reverse.

OK, I’ll expand on that…

Nue-Ra fans have no power because that show got cancelled because basically every old fan hated it. And then the idiot always-online brigade engaged the GamerGate playbook and claimed the show was being cancelled before it had found its footing and the creators were being unduly harassed for making a terrible product; they claimed, on the contrary, against all available evidence, that this show was actually better than the original show, because the original show was sexist. Because it showed She-Ra to be both powerful and feminine. On a show for preschool aged girls. See? Stupid. The problem with modern American animation, like modern American comics (the entire American comics market is being outsold right now by one manga series, Demon Slayer) is that people have stopped showing up to all the lazily-made reboots. They reboot these shows for adults instead of children. Why would a fan of the old show, even if they like the reboot, show it to their children? Exactly. The new He-Man show looks designed to sell toys. Which means, GASP, it is targeted at actual children. But He-Man is now problematic for the horrendously bad “male power fantasy.” That’s bad? Even though every trashy romance novel has a shirtless and/or Fabio hair-type dude on the cover. Totally can’t be ripped and attract women without it being men’s fault. Of course.

We saw this with the last two movies in the Sequel Trilogy, particularly The Last Jedi, because film critics are terrible. When you’re reviewing a movie or show targeted to kids but made for all ages, you are not important to the world at large. You’re talking about something made to sell toys and put some multinational corporation’s executives’ kids through college. Go away.

If you want buy-in from the old fans (and a lot of these idiots claim they don’t because old fans are dead like the dinosaurs,) follow the Nintendo model: Make it filled with deep cut references the old fans will get but target it to children. The Force Awakens, and I will die on this hill, was a great movie, perhaps the best in the series. The follow through wasn’t there, but of course, that’s always been JJ’s problem. You made the first movie in a planned trilogy, filled with mysteries, without answering what those mysteries actually are?