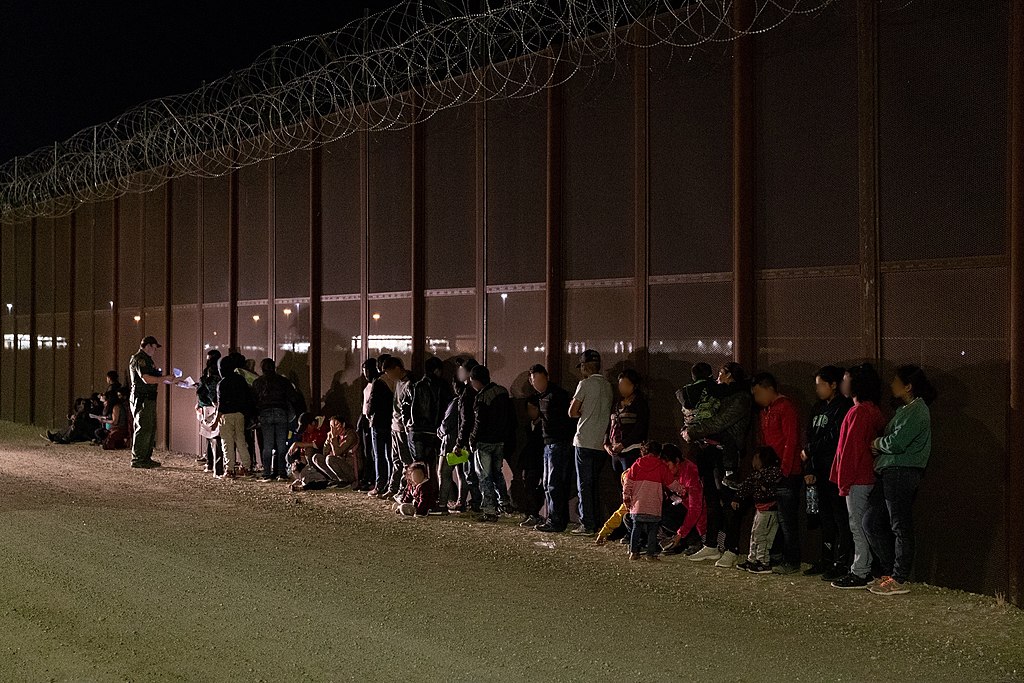 This week’s case of the week is a new opinion fresh off the SCOTUS press, Sanchez v. Mayorkas. The petitioner Jose Sanchez, came to the United States illegally from El Salvador in 1997 and remained living here over the last two decades. In 2001, he received “temporary protected status”, or TPS, via a provision which allowed foreign nationals to remain in the US if conditions in their homeland are too dangerous. El Salvador suffered a series of severe earthquakes and Sanchez applied for TPS.

The TPS program was available even to those who had come to the US illegally, rather than having been admitted. Once granted TPS, the person may remain in the country for as long as his or her homeland is deemed unsafe. Furthermore, a person who has been granted TPS can apply to become a Lawful Permanent Resident (LPR). In pertinent part, the TPS statute provides that a person with TPS “shall be considered as being in, and maintaining, lawful status as a nonimmigrant” for purposes of applying for LPR status.

Mr. Sanchez applied for LPR status in 2014. Other than exceptions irrelevant to the case at bar, obtaining LPR requires that the person has been “lawfully admitted” to the US. But Sanchez’s application was denied; Immigration Services determined that he had never been “lawfully admitted”. Lawful admission requires that the person be “inspected and admitted.” Sanchez appealed, arguing that the provision of TPS which grants “lawful status as a nonimmigrant” means that he has been admitted. The District Court sided with him.

The Third Circuit Court of Appeals reversed the District Court, finding that one may have legal status without having been admitted (and vice versa). As an example, a person may be “lawfully admitted” on a student Visa; if he or she does not leave when their Visa expires, they do not have lawful status. However, if that person is later granted TPS due to intervening events in their country, he or she could meet the requirements for LPR: they were lawfully admitted, and then granted lawful status via TPS. Mr. Sanchez satisfied only one of the two prongs, per the Third Circuit.

The US Supreme Court granted cert, and in a 9-0 opinion penned by Justice Kagan and released earlier this week, held that TPS does not cure an unlawful entry for purposes of LPR status.

There is no dispute that Sanchez “entered the United States in the late 1990s unlawfully, without inspection.” But as earlier described, §1255 requires an LPR applicant
like Sanchez to have entered the country “lawful[ly],” with “inspection”—that is, to have been admitted. Indeed, §1255 imposes an admission requirement twice over. Its principal provision states that an applicant for LPR status must have been “inspected and admitted or paroled into the United States.” And another provision says that a person who has worked without authorization in the country—as Sanchez did for several years—may become an LPR only if his presence in the United States is “pursuant to a lawful admission.” Sanchez has never claimed that he can, without aid from the TPS provision, satisfy those demands for admission. A straightforward application of §1255 thus supports the Government’s decision to deny him LPR status. (Citations omitted)

Where does this leave Mr. Sanchez? For now, it leaves him here in the US; El Salvador is still on the list of countries whose citizens are eligible for TPS, along with Burma, Haiti, Honduras, Nepal, Nicaragua, Somalia, Sudan, South Sudan, Syria, Yemen, and Venezuela. Sanchez does not face imminent removal. Moreover, as Kagan points out in her opinion, there is a statutory change pending before Congress which would deem TPS recipients to have been “inspected and lawfully admitted”. The proposed change is part of the American Dream and Promises Act of 2021, which passed the House in March.

[WW2] In other SCOTUS news, the Court turned down a petition challenging male-only selective service registration, saying that Congress is currently examining the issue. The statement, written by Justice Sotomayor, averred that “the Court’s longstanding deference to Congress on matters of national defense and military affairs cautions against granting review while Congress actively weighs the issue.”

[WW3] Sometimes when the federal government lacks power to enact laws, they instead tell the states what they think the law should be. Enter the “model” red flag law, which states are encouraged to use in crafting laws to remove guns from the hands of those deemed to pose a danger. Model laws aren’t necessarily a bad thing; it can be nice to have general continuity from state to state.

[WW4] On a speaker’s panel at a MAGA rally in Dallas last week during which Sidney Powell claimed Trump would reclaim the White House by August, she also doubled down on claims that Dominion Voting Systems was part of a plot to steal the election. This, of course, is the nonsense that her own lawyers in the defamation suit filed by Dominion say no reasonable person would believe. They insisted it was her own opinion, not intended as a statement of fact, and thus cannot qualify as defamatory. But the lawyers must not have told Sidney, who stated while on the panel, clad in a leather vest, that she and her cohorts “meant what we said and we have the evidence to back it up.”

[WW5] Some landlords in Massachusetts refused to turn the air conditioning on for tenants as temperatures reach into the 90s. The landlords claimed the law prohibits them from doing so. What the law actually says is that heat must be available through June 15th each year, but the state’s Department of Public Health says that does not mean the AC can’t be turned on, so long as minimum temps are maintained. The trouble, of course, is that it is not always a simple thing to switch from heat to AC in apartment buildings.

[WW6] A new Arizona law will allow debt collectors to get their hands on your home’s equity, for any debt including credit cards. It does not matter if you agreed to secure the debt with your home or not.

[WW7] The inability to obtain the drugs needed for lethal injection means death row inmates in South Carolina must now choose between being shot or electrocuted to death. An injunction sought by two condemned men challenging the change in the law was denied by a state court. Personally, I think I’d go with firing squad. What say you?