Republicans Are Not Helpless Against Trump 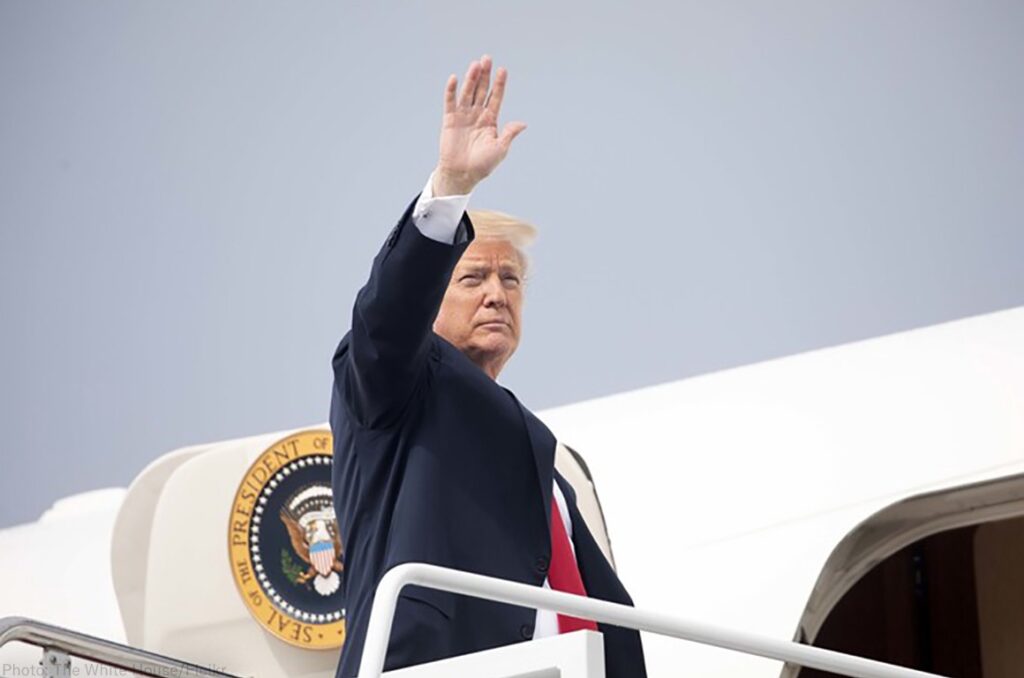 The Republican Party is currently realizing that it has not, in fact, gotten rid of Donald Trump as its leader. Over the weekend, numerous outlets reported that several Trump allies had suggested the possibility of a military coup to reinstall Trump as president. The 45th president himself believes there is a chance this may happen. Maggie Haberman reported that Trump thinks he might be able to return to office in August, even though none of his supporters have laid out a legal or reasonable way for this to happen.

Trump’s hold on the party was evident long before Memorial Day weekend. Last week, Senate Republicans blocked an effort to set up a 9/11-style commission to investigate the January storming of the capital by Trump supporters. Earlier in May, their counterparts in the House removed Liz Cheney from her leadership position because of her continued criticisms of Trump. The former president has been at the top of every 2024 presidential contender poll and is still consulted frequently by Republican lawmakers. He is the undisputed head of the party.

Not all Republicans are happy about these developments. Many know that Trump is unqualified and will continue to drag the party down if he remains its leader. But in a democratic system, they argue, Trump has been shown as the most popular person in the party and the one who commands the will of its voters. This argument is convenient for Trump-critical lawmakers, but it ignores the true power that Republicans still have to jettison their leader, even if he is beloved by over 90% of the party’s supporters.

The theory among Republicans is that they are absolutely helpless to do anything about the power of the 45th president in their party. Even the most timid rebukes of Trump can earn a Republican politician a primary challenge. Numerous Republicans have been anonymously quoted as saying they have received death threats after challenging Trump. These attacks have occurred as most of the party has remained in lockstep with the former president. The fear is that with such a disproportionate response for minor criticisms, a full-scale revolt could cause the party to collapse and party members to be put in danger.

But this argument belies the enormous role of the Republican Party in shaping its agenda and members. The party chooses its presidential candidate at a convention held every four years. That convention has bylaws regarding eligible candidates and candidate selection. It would be possible for the party to rewrite all of its laws to only allow anti-Trump delegates to the convention to pick some other candidate. In addition, Republicans are not just involved in the presidential election but have a role to play in every political race in the country. They provide money, consulting, and logistical support to thousands of candidates. The party could make a litmus test for its sponsored candidates: support Trump and reject all campaign funds from the party. Republicans may be damaged in some elections, but current partisan polarization means that a candidate with the word “Republican” beside their name would still win a large number of elections.

Conservative media is arguably even more powerful than the Republican Party. That group could also shoot down another Trump term if they wanted to. They have the power to set the national agenda and shape the conversation for tens of millions of Americans. Conservative media could easily conduct an anti-Trump campaign using only his quotes. They could unearth new and disturbing footage on a nightly basis, release focus group-tested slogans, and have on guest after guest dismissing the former president as an un-American, flag-hating, enemy-boosting secret liberal. Dissenting voices could be drowned out. Opponents could be fired or, in the case of Fox News, relegated to the 2 PM afternoon time slot when they could do little to shape the national narrative. The president’s only substantial way of response, his Twitter account, was taken away from him in January. He would have no ability to respond. Morning Joe and CNN would not help him.

Republicans, of course, will not take any of these steps. Their current situation is too easy. Trump has cultivated a base that will remain competitive in every presidential election he participates in. Even with a historically unpopular leader at their helm, Republicans almost won the presidency and the House in 2020. Fighting back against Trump would cost the party millions of dollars and perhaps a few elections. Stopping Trump is not impossible, but it does involve sacrifices that no current Republican leaders are at all ready to make.