President Biden Calls Benjamin Netanyahu and Mahmoud Abbas: Read It For Yourself 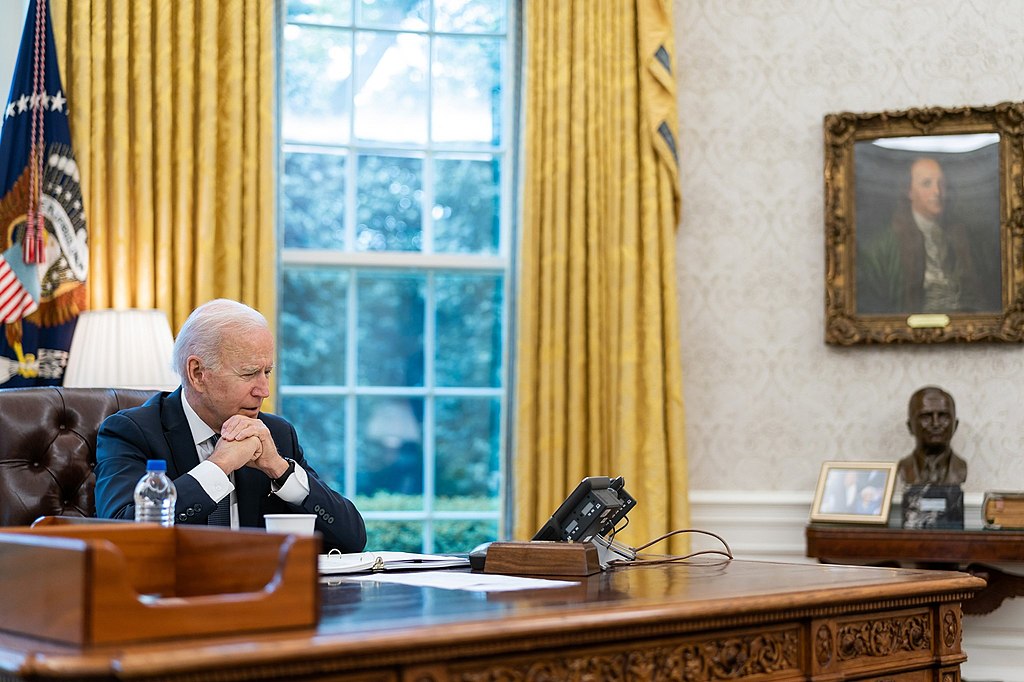 With the latest escalation in the Israeli-Palestinian conflict raging on, President Biden had calls with both Prime Minister Benjamin Netanyahu of Israel and Palestinian Authority President Mahmoud Abbas.

MAY 15, 2021 • STATEMENTS AND RELEASES
President Biden spoke today with Palestinian Authority President Mahmoud Abbas to convey the U.S. commitment to strengthening the U.S.-Palestinian partnership. They discussed the current tensions in Jerusalem and the West Bank and expressed their shared desire for Jerusalem to be a place of peaceful coexistence for people of all faiths and backgrounds. President Biden updated President Abbas on U.S. diplomatic engagement on the ongoing conflict and stressed the need for Hamas to cease firing rockets into Israel. They expressed their shared concern that innocent civilians, including children, have tragically lost their lives amidst the ongoing violence. The President expressed his support for steps to enable the Palestinian people to enjoy the dignity, security, freedom, and economic opportunity that they deserve. In that regard, he highlighted the recent U.S. decision to resume assistance to the Palestinian people, including economic and humanitarian assistance to benefit Palestinians in the West bank and Gaza. The President also underscored his strong commitment to a negotiated two-state solution as the best path to reach a just and lasting resolution of the Israeli-Palestinian conflict.

MAY 15, 2021 • STATEMENTS AND RELEASES
The President spoke today with Israeli Prime Minister Netanyahu. The President reaffirmed his strong support for Israel’s right to defend itself against rocket attacks from Hamas and other terrorist groups in Gaza. He condemned these indiscriminate attacks against towns and cities across Israel. The President updated the Prime Minister on high-level U.S. engagement with regional partners on this issue and discussed ongoing diplomatic efforts. The President noted that this current period of conflict has tragically claimed the lives of Israeli and Palestinian civilians, including children. He raised concerns about the safety and security of journalists and reinforced the need to ensure their protection.

The President shared his grave concern about the intercommunal violence across Israel. He welcomed the statements by the Prime Minister and other leaders opposing such hateful acts and encouraged continued steps to hold violent extremists accountable and to establish calm. They discussed the current tensions in Jerusalem and expressed their shared desire for Jerusalem to be a place of peaceful coexistence for people of all faiths and backgrounds. The President voiced his concern about violent confrontations in the West Bank. He expressed his support for steps to enable the Palestinian people to enjoy the dignity, security, freedom, and economic opportunity that they deserve and affirmed his support for a two-state solution. The leaders agreed to continue the close consultation between their teams and to remain in touch in the days ahead.