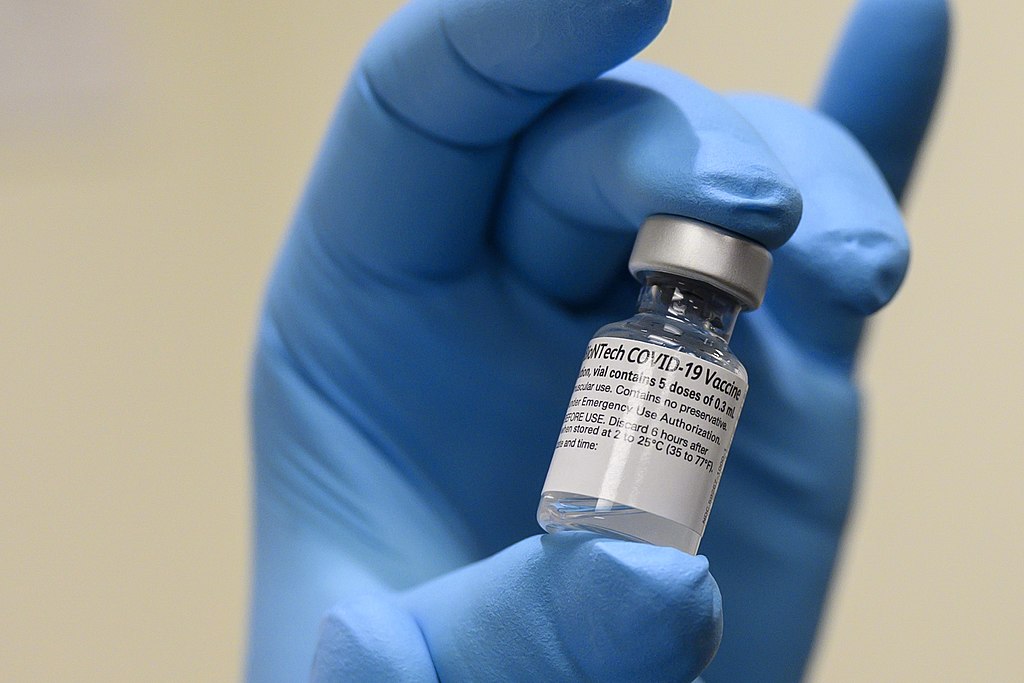 The FDA will consider granting emergency use authorization for the Pfizer vaccine that is already in use for those 16 and up for children as young as 12.

The Food and Drug Administration is expected by next week to grant expanded emergency use authorization to allow children as young as 12 to receive the coronavirus vaccine developed by Pfizer and German firm BioNTech, according to three federal officials familiar with the situation.

The agency is still working on the authorization, said the officials, who spoke on the condition of anonymity to speak freely. Shortly after the FDA decision, a Centers for Disease Control and Prevention advisory committee is expected to meet to recommend how the vaccine should be used.

The New York Times first reported that the regulatory action was pending.

Families and pediatricians have been eager for a vaccine to become available for children, particularly in advance of the next school year.

Stephanie Caccomo, a spokeswoman for the FDA, declined to comment on the timeline.

“The FDA’s review of Pfizer’s request to amend its emergency use authorization (EUA) in order to expand the age range for its COVID-19 vaccine to include individuals 12-15 years of age is ongoing. We can assure the public that we are working to review this request as quickly and transparently as possible,” Caccomo said.

The FDA authorized the Pfizer-BioNTech vaccine for use in people 16 and older in December.

Pfizer announced at the end of March that it had submitted data from a trial of nearly 2,300 adolescents between 12 and 15 years old, half of whom had received the same two-shot regimen that has been shown effective and safe in adults.

The shot triggered stronger immune responses in the teens than those found in young adults. There were 18 cases of covid-19 in the trial, all of them among adolescents who received a placebo, suggesting the two-shot regimen offered similar protection to younger recipients as it does to adults.

Children are far less likely to suffer severe illness from covid-19, the infection caused by the virus. About 300 children have died in the United States, out of more than 576,000 total deaths.

Moderna is also expected to seek approval for their vaccine.

One expected effect, if approval for children young as 12 is granted, is increased debate about what will happen for schools. Vaccinations have long be required for school-aged children before attending, but the legalities of enforcing a vaccine that is only emergency approved would complicate efforts to enforce. School systems are going to want such enforcement, and there is bound to be some public pushback if they do, along with more debate about the very uneven application of Covid protocols, closings, and re-openings across school systems. Not to mention the small but loud chorus of bad faith, bad information, and flat-out misleading arguments against vaccines in general.

The complications are apparent in states like Florida, which is lifting restrictions, running vaccination programs on-campus at public schools, and at the same time legislating that it will not be allowed to force proof of Covid-19 vaccination.

Even as Covid the disease and human tragedy seems to — hopefully — be ebbing, the argument of Covid the crisis of governing is still to be resolved.