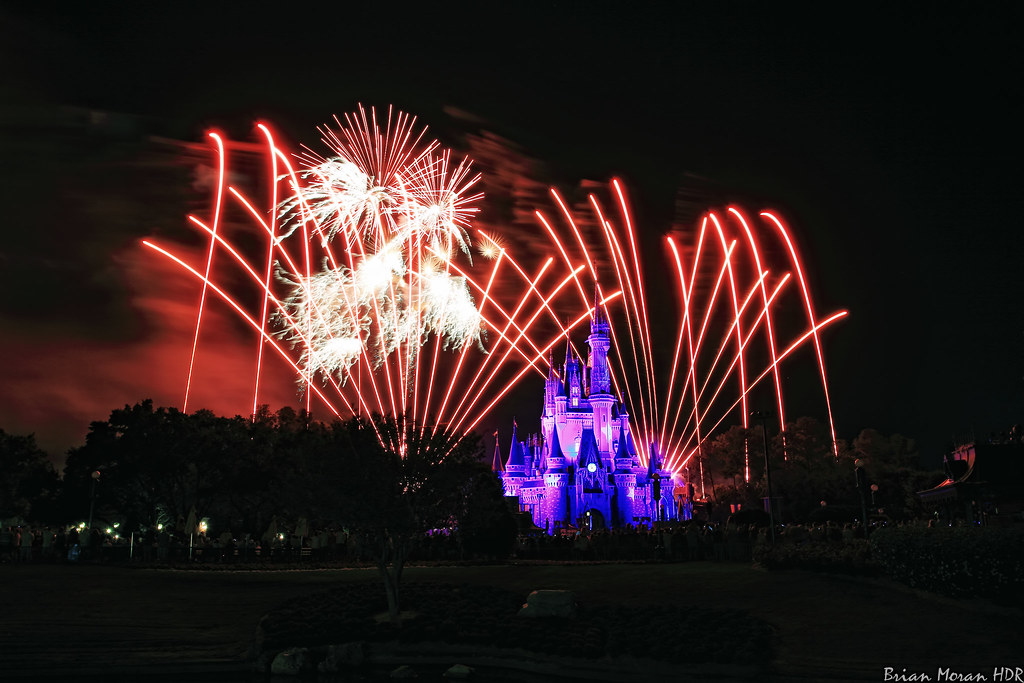 image is “Disdney Castle Fireworks I” by BrianMoranHDR is licensed under CC BY-NC 2.0

Almost a year and two months! One of the things we wanted to do while we were down there was visit my uncles. It’d been some years since we saw them and one of them was doing poorly. We wanted to see him and say goodbye. Welp, he died in the middle of the pandemic. Not due to Covid, mind. Just due to being poorly.

When we cancelled, we had daydreams about going in October of 2020. I mentioned this to my boss, who has two little ones ages 4 and 6. Hey!, he said. We should time our vacations to go at the same time! You’ve been there before, the kids haven’t… it’ll be nice to go there with someone who knows what they’re doing and can, you know, sit at the bench while one of us goes to the bathroom. Surely we won’t still be wrestling with this silliness by October!, we thought. So we made a verbal agreement that we’d look into going to Disneyworld come October. Well, October rolled around and rolled away.

But then I got the call. His wife was with child. If he was going to go to Disneyworld, it had to be soon. Because, by October, she wouldn’t have been in a state to enjoy walking more steps than it took to go to a toilet and, after that, it’d be FOUR YEARS before the window would be open again. He was scheduled to be done with his shots a little under two weeks before he would be leaving for Orlando.

Did I still want to go?

I asked Maribou. “Do we still want to go?”

And she said “No way. There is no way I want to go. There are 10 places I want to visit and, sure, Disneyworld is on the list but it’s at the bottom and there are places I’d rather spend my energies on than Disney.”

Okay, I said. I understand.

AND HECK YES I WANT TO GO. This way, we don’t need a house-sitter. Maribou can take care of the kitties. All I have to do is throw together some meals in some EZ-microwave single-serving containers so she’ll have ease of dinner, make sure that the catboxes are traded out, and that the fridge is full of stuff that won’t go bad by the time I get back and… well, by the time you read this, I’ll be in Orlando taking a shower in the hotel after a day that included seeing two little kids see that castle for the first time.

So this weekend will involve visiting my Uncle and seeing him again and letting him see me (I look like my dad, his brother, I’m told) and going to EPCOT.