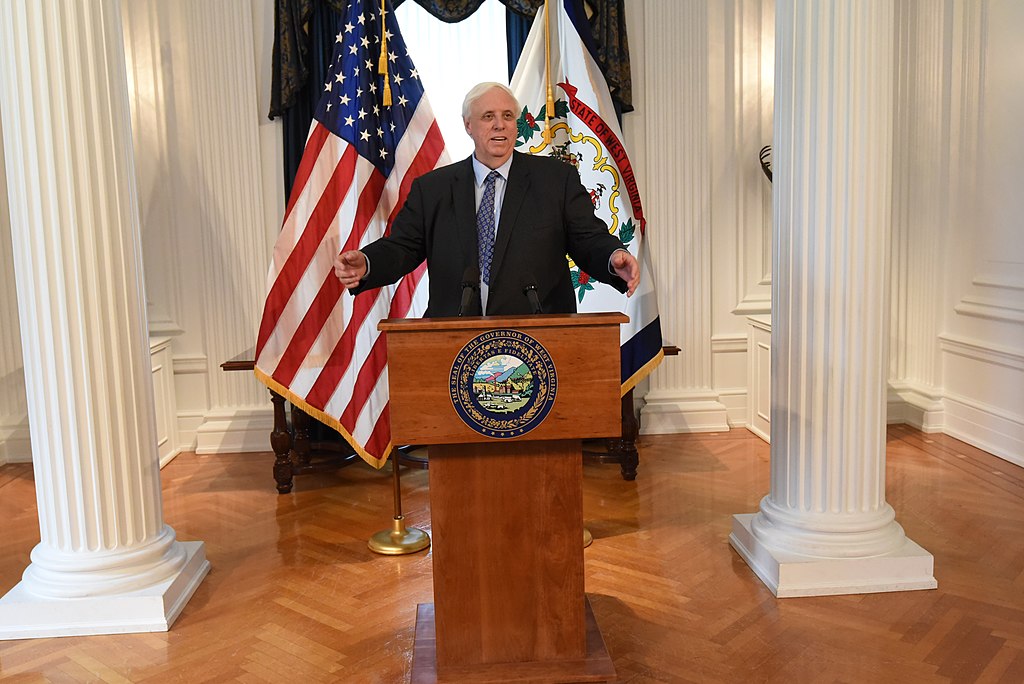 With West Virginia having gone from leading the nation to lagging behind, Governor Jim Justice is getting creative and incentivizing Covid vaccinations.

In order to help get over the wall of COVID-19 vaccine hesitancy and help incentivize eligible teenagers and young adults, Gov. Jim Justice announced Monday that the state could give out savings bonds in exchange for shots in arms.

During his Monday COVID-19 briefing at the State Capitol Building, Justice offered state residents between the ages of 16 and 35 a $100 U.S. Savings bond once they get vaccinated.

“In trying to come up with a way that is truly going to motivate them and get us over the hump, we are announcing today … we’re going to give every single one of these people … a $100 savings bond.”

“They’re not taking the vaccines as fast as we’d like them to take them,” Justice said. “If we really want to move this needle and we want to move it right now … we’ve got to get to a situation where we can shut this thing down.”

The program will be paid for out of the $615 million the state still has on hand from the federal CARES Act. The program is expected to cost $27.5 million if more than 72% of the 380,000 target chooses to be vaccinated. Justice said his legal team vetted the use of CARES Act funds for the savings bond program, though it’s possible that U.S. Treasury Department rules might not allow the state to do that.

“We hope that you keep it for a long, long time,” Justice said. “I hope that it signifies to you just what this great country is all about, because at this time you are stepping up to shut this thing down.”

Justice and state health officials are concerned that as much as 588,000 of the 1.47 million residents — roughly 40% of those eligible for vaccine doses – might choose to not get vaccinated. Justice said his health team is working on outreach to hesitant West Virginians.

Last week, Justice set a statewide goal of 70% for partial vaccinations, meaning residents have the first dose of either the Pfizer or Moderna vaccines which both require two doses. The U.S. Food and Drug Administration lifted a week-long pause over the weekend for the Johnson and Johnson vaccine while they investigated a small number of rare blood clotting incidents. West Virginia followed suit, resuming use of the one-shot vaccine.

“All of our health experts have said if we can get to 70%, we’ll shut this thing down,” Justice said. “All I can go by is the advice of our medical team and our experts.” Justice said he expects the number of eligible West Virginians to change if the FDA approves the Pfizer vaccine for children between the ages of 12 and 15.

Incentivizing Covid vaccinations has been batted around by policy commentators and the interwebs since the beginning, but the lumbering enigma that is Jim Justice is just the iconoclastic type of government official to give it a test run.

Actually, let’s back up for the uninitiated.

Jim Justice was the lifelong Republican who was recruited by his buddy Joe Manchin to switch parties and run as a Democrat for Governor in 2016, and he won. In the meantime, Trump happened, hung a 42-point win in the Mountain State, and when the new president rolled into Huntington for a MAGA rally and victory lap Big Jim joined the president on stage and publicly switched back to being a Republican. He spent most of his first term being an absentee governor to the point he had to be sued to at least fake it like he was residing in the capitol city of Charleston, but nevertheless he won re-election. Fast forward to Covid, and all the sudden when the Covid vaccine arrived Jim Justice suddenly transformed into an effective governor. Opting out of Operation Warp Speed to give West Virginia more flexibility with distribution, Gov. Justice focused the initial vaccination push on nursing/care homes, the aged population of West Virginia, and so on and so on. Worked great. To his credit, the Covid crisis seemed to focus the Governor and let him dig in on fixing a problem and immediate crisis instead of the machination of state government. Now, the state is starting to hit the wall, having gone through the folks who want to get vaccinated and now needing to get the rest.

All caught up? Good.

Attention should be paid to this effort to incentivize Covid vaccinations, because whether it works or not in West Virginia in whatever ways Jim Justice and others try, it is obvious that the easy part of vaccine distribution is coming to an end. Nationally, the country sits at about 52% vaccinated. West Virginia is currently at 42.9% of the eligible population vaccinated who are 16 and older, and 35.3% of the state’s entire population.

In the fight against Covid, the issue of vaccine availability and appointments has now given way to convincing people who range from disinterested to vehemently opposed to getting the vaccine to go get their stick. The question of “how do you do that” and what state and the federal government can or should do to move the non-vaccinated into the vaccinated column is going to dominate the discussion. Things like the Johnson & Johnson “pause” are just the sort of ripples that make outsized waves in the percentage who need convincing. As we are learning, the health experts and government officials who were great at explaining the technical “who” and the “what” of Covid might not be the best at convincing a skeptical crowd that finds data and numbers an unconvincing reason to set aside personal qualms and roll up their sleeves.

There are technical parts to incentivizing Covid vaccinations that are sticky. Justice is planning on funding this through the CARES money from the previous Covid Relief package, a move that even his own administration admits they aren’t sure they are going to get away with. There are policy parts of this that are interesting. The idea of incentives isn’t new, but now necessity will add urgency to those wanting to give them a run. Then there are the practical implications; the question is not only should the government be incentivizing Covid vaccinations, but can they legally, and in what form?

Incentivizing Covid vaccinations is really just the latest in spin on the ongoing argument of what is government’s role and where the line between persuasion and enforcement should be. Forced vaccinations are not going to happen amongst the general population, despite what the internet fringe insists. In an environment in which some folks have been itching to go all Braveheart over wearing masks for over a year, this intrusion to bodily autonomy is not going to fly. But then things get tricky once you get into the practical issues of public health, ranging from the much decried “vaccine passports” to the more common and traditional things such as requiring vaccinations for school children, college students, healthcare workers, and certain public facing jobs.

Mind the gap is both a safety warning and running joke when it comes to stepping on and off a train. While polling shows high numbers willing to get vaccinated, let’s round off for the sake of argument and call it 70%, the challenge for that group was just the logistics of getting shots into willing arms. With the other 30%, the challenge is getting shots into unwilling arms, and as that number lowers, the unwillingness is going to conversely go up as those determined to hold out the longest remain steadfast, and all the while everyone hopes the crisis ebbs. The gap between vaccinated, not vaccinated, and the general public being in the clear from Covid is going to be a moving, frustrating target for all involved. We’ll continue to to mind the gap in our pandemic-weary country, and incentivizing Covid vaccinations probably won’t be enough to close it.