A Beef: No, Joe Biden Is Not Going To Take Away Your Burgers 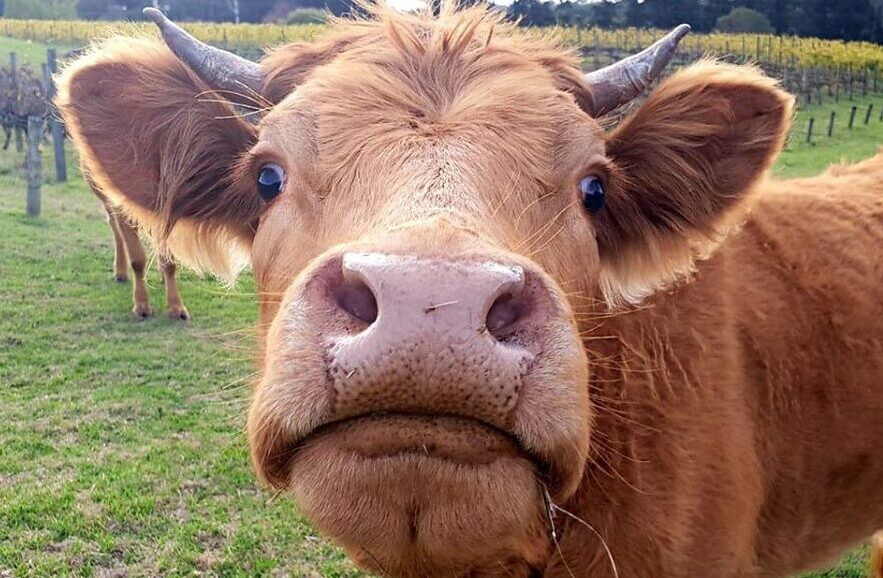 Photo by Photwik via Wikimedia Commons

Joe Biden is trying to reduce the beef consumption in America by 90% before 2030.

What a radical and senile tyrant.

Joe Biden’s climate plan includes cutting 90% of red meat from our diets by 2030. They want to limit us to about four pounds a year. Why doesn’t Joe stay out of my kitchen?

Report: Biden’s climate plan would reduce red meat consumption by 90 percent. The Southern states would definitely secede over that.

You get the picture. So, you may be asking me, your resident scientist, if there is any truth to this claim. Let me see if I can address this in a clear, calm and convincing way. You see…NO GOD DAMMIT WHAT THE HELL IS WRONG WITH THESE PEOPLE HAVE THEY NOT LEARNED TO BE SKEPTICAL OF THIS SORT OF THING I MEAN JEEZUS THE DEMOCRATS ONLY HAVE A TINY SENATE MAJORITY AND THESE NUMBSKULLS THINK THEY’RE GOING TO KILL THE ENTIRE CATTLE INDUSTRY MY GOD HAVE WE LEARNED NOTHING OVER THE LAST FOUR-

OK, OK. I’m good. No need for the straitjackets.

The claim is, on its face, ridiculous. While the Green New Deal made noises about getting rid of cows, no one took that seriously (it accidentally included in the release notes, which tells you all you need to know about the Green New Deal). The idea that a plan that would kill hundreds of thousands of jobs and destroy entire industries would get past Joe Manchin and Krysten Sinema and literally anyone in Congress is silly. It’s not even clear how you would accomplish such a thing within the bounds of the Constitution and our federal system.

But I do think it’s a good illustration of the misinformation machine feeding a lot of Right Wing commentary and basically 90% of Twitter. So, let’s track how this absurd claim found its way into the conservative consciousness.

The genesis of this claim is that Joe Biden this week announced a climate plan. But Biden has a “climate plan” in the same sense that I had a plan for getting into Teresa Andrews’ pants back in high school. He has stated some goals. He’s made some vague gestures about how to achieve those goals. But there is no actual map to achieving those goals, least of all any legislation. He’s basically in the “maybe someone will give me her phone number and I won’t chicken out” stage.

What Biden has done is proclaim a goal of reducing the US’s greenhouse gas emissions by 50% by 2030 (compared to 2005 levels). That’s a tall order but…it’s actually one we’re partway to achieving. US CO2 emissions peaked in 2005 at just over 6 gigatons. By 2019, that was down to 5.2, so we are already a third of the way to achieving Biden’s goal. So how do we get the rest of the way there? He hasn’t said yet.

Given the lack of details, this has sent those who reflexively scream bloody murder over any and all Democrat actions to scrounge around for something his climate plan might be. And the more alarming this strawman can get, the better. The good news — for them, at least — is that there are plenty of strawmen around. Climate change is a complex, multi-faceted problem. There are a thousand plans and a million papers so it’s easy to find something that you can misrepresent in an alarming way. In this case, some climate activists have targeted meat consumption as a necessary part of getting global warming under control. Our own Kate Harveston wrote about it and the overall problem is very real. The meat industry produces enormous amounts of greenhouse gas emissions: from transportation, processing, feed and the emissions of the animals themselves1. Since Joe Biden does not actually have a concrete plan right now, this gives his critics the liberty of claiming that cattle industry emissions are absolutely part of his plan.

Digging deeper, I found that the claim of 90% came from the Daily Mail. I have a strict policy of not linking to that rag, but you can easily Google it. The Daily Mail claims that Biden’s climate plan — which, let me remind you, does not technically exist yet — would force everyone to cut their beef consumption by 90% in addition to mandating expensive electric cars and hiking taxes. They draw these numbers from a variety of places, but the beef claim specifically comes from the University of Michigan’s Center for Sustainable Systems. The Daily Mail did not link to that study. Here it is. What they claim is that reducing the consumption of animal products by 50% and beef products by 90% would cut greenhouse gas emissions by the equivalent of 2.4 gigatons by 2030. But that’s cumulative. The annual reduction would be more like 300 million tons a year, if I’m reading their analysis correctly.

The Michigan study is not a policy recommendation nor is it a plan for dealing with climate change (as the authors have clarified to the journalists who bothered to call them before shrieking about it on the Twitters). It is simply a projection of what could happen given certain assumptions. As far as I can tell, it’s mostly being used to persuade people to start eating beef substitutes. I’m fine with that. Soyburgers aren’t my thing but if consumers go for them, then let consumers go for them. And it’s certainly a reasonable scientific investigation to see what would happen if the world went vegetarian.

I agree with the activists (and Kate) that we should look into cattle emissions as a source of global warming. But — and this is a critical point here — this does not mean killing an industry that employs 800,000 people and forcing everyone to cut their meat consumption at gunpoint. Even if it were possible to do so, which it is not; even if it were desirable to do so, which it is not; it wouldn’t solve the problem. All that would happen is that other countries would increase their beef production to take over the markets we are currently servicing. And that would make the problem worse because those countries aren’t as environmentally responsible as we are. All you would do by destroying the American beef industry is engage in a game of environmental whack-a-fart. Encouraging people to eat beef substitutes is fine, but I don’t see the entire world agreeing to that and certainly not in the next ten years. Taxing beef might be an option. But all that’s going to do is deprive the poor of an important source of protein.

No, if you want to fix this problem, you’re going to have to fix it technologically. Several recent studies, for example, have indicated that adding seaweed to cattle feed could dramatically cut their methane emissions. Maybe that’s not scalable or we’ll find some reason why it doesn’t work. But that’s the sort of thinking we need if we’re going to reduce emissions from the beef industry.

So, putting the hysterics of Starnes and Boebert and their followers aside, beef isn’t going anywhere. Joe Biden is many things, but stupid isn’t one of them. If and when a climate plan comes out, it probably won’t say anything about the meat industry. And if it does, it will be very milquetoast stuff like investing in research. Of course, by then, the Boeberts of the Twitter world will have moved onto their next manufactured outrage. And their followers will conveniently forget that this one turned out to a big pile of…well…bullshit.