Georgia Of Two Minds: Atlanta and Buckhead At Loggerheads 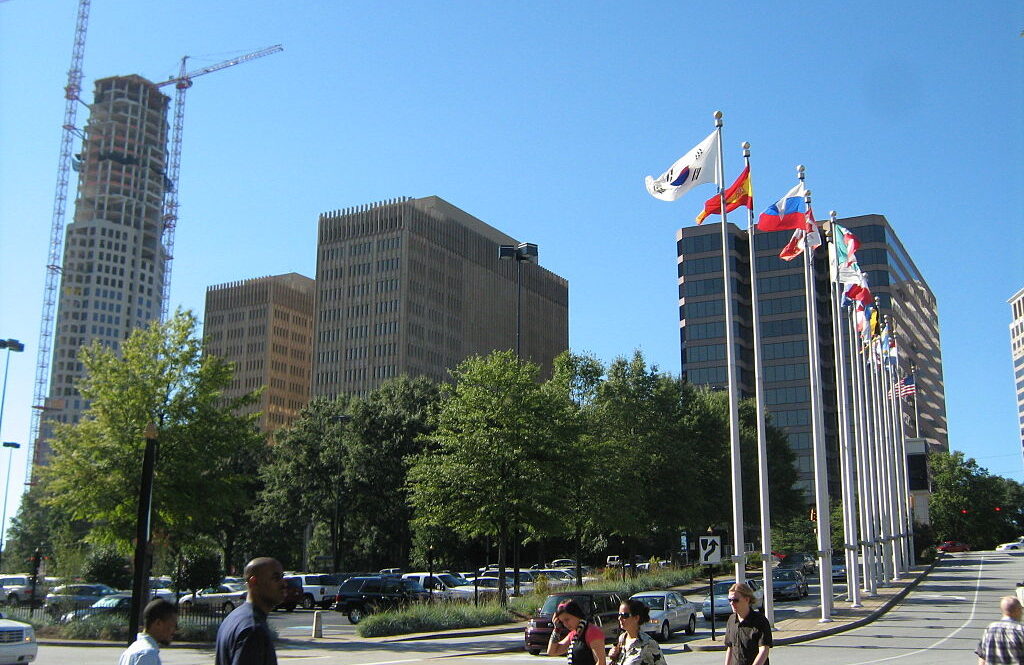 If the national focus of culture and politics swirling around Georgia and Atlanta isn’t enough excitement, the proposed de-annexation of affluent Buckhead from Atlanta proper is flaming up again.

A new breakdown of Census and tax data provides the closest look yet at what the proposed “Buckhead City” would look like, revealing it would be overwhelmingly white and could strip a sizeable chunk of revenue from Atlanta’s budget.

State lawmakers introduced a bill last month that would carve out the community from Atlanta and make it a separate city. Supporters of Buckhead cityhood say they want more local control over issues like crime and infrastructure, but critics say the move is divisive and wouldn’t fix crime problems in the area.

With nearly 90,000 residents, Buckhead City would take nearly 20% of Atlanta’s population and become the 10th largest city in Georgia, according to an Atlanta Journal-Constitution analysis using 2019 population and demographic estimates from the U.S. Census Bureau. But it would remove about 40% of the assessed value of the city of Atlanta’s property off the books, according to Fulton County tax records.

Inside the new city, about 74% of residents would be white and just 11% would be Black, meaning the proportion of Black residents in Buckhead City would be smaller than is found in Sandy Springs, Johns Creek, Kennesaw and Woodstock. About 8% of the population would be Asian and 5% Latino.

“The scale of this de-annexation, it would be the biggest thing to happen in the state of Georgia with regards to cityhood,” said Michael Leo Owens, an Emory University professor and an expert on urban politics. “One has to consider what the ripple effects would be.”

A frequent criticism of Buckhead cityhood is that it could leave Atlanta in an impossible financial situation. The city gets most of its revenue, over $232 million in the latest fiscal year, from property taxes paid by homeowners and commercial property owners.

The assessed value of all the real estate in Atlanta currently totals nearly $35 billion, according to Fulton County Tax Assessor’s data. About 41% of that — over $14 billion — is in Buckhead. With its high-end shopping offerings, Buckhead has always had a strong commercial tax base; the most valuable piece of property is popular Lenox Square mall, valued at nearly $400 million by the county.

If Buckhead’s property taxes are taken off the books, Atlanta’s budget “would be completely wrecked,” Owens said.

Buckhead Exploratory Committee president Sam Lenaeus said any loss of revenue for Atlanta would be partly offset by a reduction in expenses when it no longer has to provide services to Buckhead. He said Buckhead City would be willing to negotiate and possibly partner on expenses or intergovernmental agreements.

“If Buckhead City were to incorporate, Atlanta would not need to patrol those neighborhoods or provide for traffic control for the area, which would drastically reduce Atlanta’s liabilities,” Lenaeus said in a statement.

There are a couple of glaring pieces to this idea of undoing a chunk of Atlanta that was annexed into the city back in 1952. Finances, functions of government, and the age-old debate over self-governance is of course the technical parts of this debate. But this is Atlanta, and issues of race are always at the forefront, especially when you consider the demographic swing an incorporated Buckhead City would create in Atlanta:

Atlanta is a city known largely for its diversity and contributions to the civil rights movement. At a time when issues of race are under the microscope, the implications of a wealthy, mostly white community leaving a majority Black city are hard to overlook.

The U.S. Census estimated in 2019 that Atlanta was 50% Black, 38% white, 4% Asian and 4% Latino. Based on those figures, if Buckhead becomes its own city, Atlanta would become 59% Black and its share of white residents would drop to 31%, the data shows.

The racial dynamics are especially significant given Buckhead’s history. Buckhead was first annexed into Atlanta along with other areas of the city in 1952 under then-Mayor William B. Hartsfield. At the time, the move was racially motivated: Hartsfield wanted to offset Atlanta’s growing Black population and political power, historians said.

Those pushing for a Buckhead City incorporation are aiming for a 2022 referendum, which would add even more fuel to an already volatile 2022 election slate in Georgia.