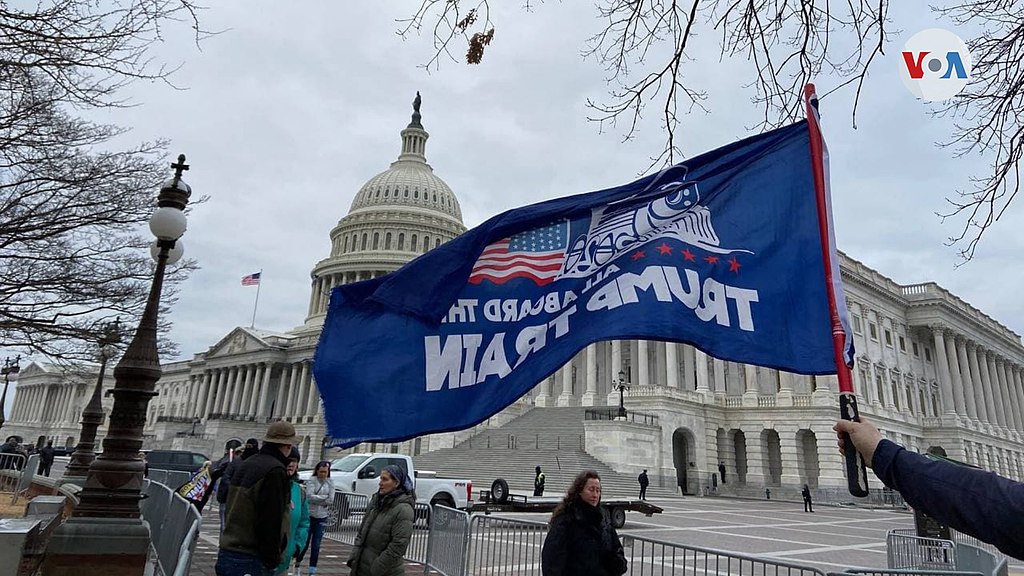 The Trump Trolley Problem: You either drive the train off the cliff or never get on it in the first place.

The Trump Trolley Problem is rather basic, as the first sentence makes pretty clear once you know it is about former president Donald J. Trump. The man is an egomaniac supreme who treats anyone who even slightly criticizes him as if they killed his dog in front of him. As it is becoming increasingly obvious by how desperate lack of Twitter access is making Trump, he may be dumb enough to run in 2024. Because he’s an idiot. I don’t wish to waste my breath explaining how stupid that would be. It is more obvious to me than how awesome Ninja Sex Party is.

The man has a lot of influence over the base of the Republican Party, more than Dirty Harry had over the modern action movie, in a way that has every elected Republican groveling. Most elected Republicans lack nerve. They are spineless, gutless, and nutless. Mercury, rather than steel, would describe their spines. Even those who are free to criticize Trump endlessly with virtually zero electoral backlash, refuse. Mitt Romney, a man who lacked the nerve to let his specifically chosen veep pick be the man that impressed him so (a man he chose against the advice of the idiots that ran his campaign who would later become The Lincoln Project grifters,) knows as the first Mormon major party presidential candidate, he will never lose an election in Utah. He found his nerve, but what took him so long?

If an elected Republican is criticizing Trump in stark terms, there are only a few reasons: They truly believe it, they know they have zero future in Republican national politics, or they think it’ll get them a plum gig once they retire. Sometimes, all three are true. I think this is likely the case for Charlie Dent. A former Congressman from Pennsylvania, he essentially lost it when Trump won in 2016.

This was especially painful seeing as Dent was one of Giuliani’s most visible supporters in 2008. It had to hurt. He retired and resigned early prior to the 2018 midterms. He’s now a talking head for CNN or whatever. I will always respect the man for going out on a limb against Trump as early as he did. He definitely didn’t have to do that.

The three rules I established in the previous paragraph are why the sour grapes from Justin Amash are crocodile tears. You waited until you were no longer interested in being in elected office to let your true feelings bubble to the surface. Coward. Liz Cheney has more balls than you, good sir.

The key when it comes to Trump is never getting on the Trump Train in the first place. Because, once you do, you have no choice but to go off the cliff with him in the conductor’s seat. He will make you regret it eventually. He decides when you get off. Either way, you won’t enjoy how you hit the ground.

Trump has market capture over the Republican electorate for at least one more election cycle. Let’s hope he will be satisfied being kingmaker in 2024. Ron DeSantis is the obvious choice from where I sit right now. He can unite the tribes of cats (I may be mixing metaphors) that make up the Republican base. Trump could never do that, but he could win 30% in a crowded primary. If Trump runs, we’ll probably get a repeat of the 2016 Democrat primary. One obvious winner, by hook or crook, and the idiot backbencher who almost stole their crown. That fractures the base and leads to inevitable defeat in the general. Calling balls and strikes, how I sees them, brophalom.