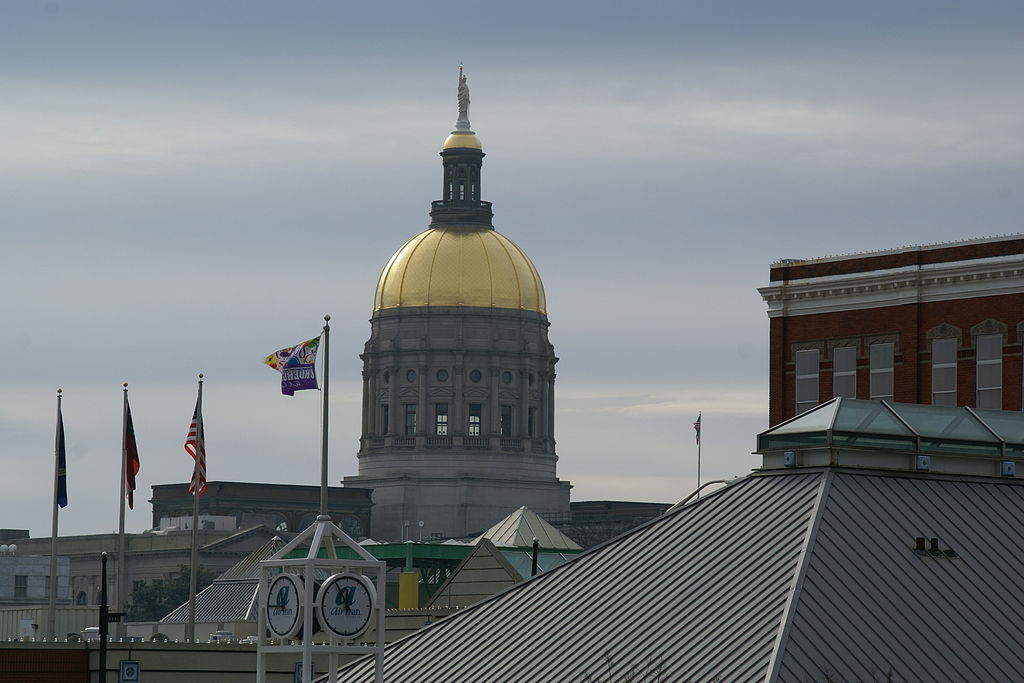 The rumors have been flying for weeks. Civil war is about to break out among Georgia Republicans. An entire slate of MAGA candidates is forming to challenge our incumbent officials, and no matter which sides win, we’ll ALL be losers.

A few weeks ago, my personal Congressional sedition leader Jody Hice announced his challenge to our beleaguered Secretary of State Brad Raffensperger. Raffensperger has been under fire from Trump loyalists since November when he notoriously refused to help Trump overturn the states election results despite being asked to personally by the former guy. Hice was undeterred by the attempted insurrection last January and still lodged his protest against the certification of electoral college results, as I noted at the time (https://ordinary-times.com/2021/01/07/an-open-letter-to-my-congressman-jody-hice/.) In his announcement, Hice stated he would “instill confidence in our election process by upholding the Georgia Constitution, enforcing meaningful reform and aggressively pursuing those who commit voter fraud.” Raffensperger has not indicated whether or not he intends to run for reelection, but he did respond to Hice’s announcement that “Few have done more to cynically undermine faith in our election system than Jody Hice. We saw in January what Georgia voters will do to candidates who use that rhetoric.”

My take: Hey, at least I won’t have the embarrassment of Jody Hice as my Representative any more!

And today, another candidate threw his MAGA hat in the ring. Former State Representative Vernon Jones announced his challenge to Governor Brian Kemp, warning that “The left better get ready for this right hook and a right uppercut, because we’re coming.”

For those of you not familiar with the Georgia political scene, Kemp surprised many with his 2018 win. He had been stuck between 2nd and 3rd place in a 5 man race until his controversial campaign ads showing him pointing a shotgun and a young teen playing his “daughter’s boyfriend” and driving his own pickup truck to go round up illegal aliens. During the runoff election against then Lieutenant Governor Casey Cagle, Kemp received the coveted Trump endorsement (supposedly at the urging of the former Senator and Governor Perdues) and went on to beat Cagle by a roughly 2-1 margin. But Kemp has also become persona non grata in MAGA world for his failure to overturn the election results.

I wrote all about Vernon Jones and his long reputation for trouble after the Republican party made the poor choice to allow him a speaking slot at last Summer’s convention. (Read here so I don’t have to rehash the whole thing: https://ordinary-times.com/2020/08/23/dear-rnc-this-guy-is-not-your-friend/)

Challenges to incumbent politicians is practically unheard of here in Georgia. I can’t remember a serious challenge in either party in my entire lifetime. But these are not normal times. This is about payback. And the only issue isn’t who has been a Republican longer (as Kemp’s supporters are attempting to frame it) it’s who has been a more loyal sycophant to Donald Trump.

We no longer have a Republican Senate incumbent to challenge, having managed to lose not one but TWO seats during last January’s runoff. But word is that former UGA football hero (and major Trump supporter) Herschel Walker may run.

Lieutenant Governor Geoff Duncan has apparently had enough and already announced that he will not be seeking reelection.

Chances of the MAGA slate taking down the incumbents is slim. Republicans don’t like change and the majority will likely continue to support the current office holders (but I’m sure Governor Kemp’s support of the recent controversial election law was in part motivated by his desire to appease the MAGA hats.) But for the next year, there’s going to be an ugly primary fight and it will inevitably pit the Trump supporters against the more traditional Republican voters. And no matter who wins, I’m betting the party loses. In November, the number of Biden voters who voted Republican down ticket may have been small, but it was enough to swing a close election. In January, the number of Republicans who didn’t bother to vote at all in the runoff (likely due to the former president’s claims of election fraud) was likewise small, but enough to swing a close election. Republicans are no longer a lock to win here. Many former supporters have left the party because of Donald Trump. Demographic changes have benefitted the Democrats. A brutal Republican primary will have no winners.

Actually, there will be winners: Stacey Abrams and the Georgia Democratic party.