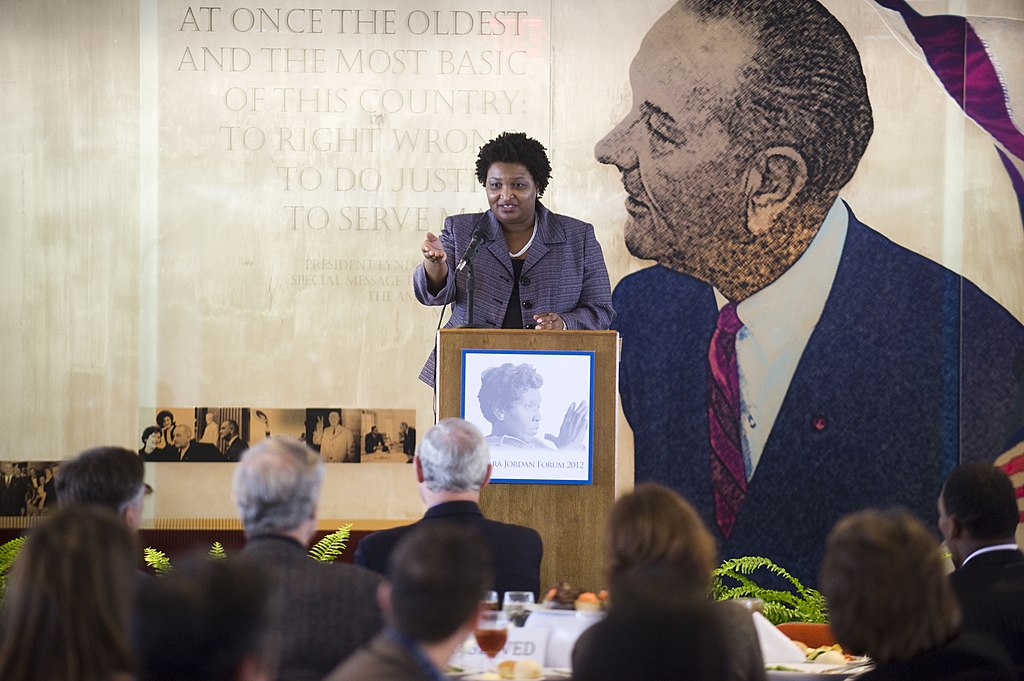 Following an election in Georgia, the loser was outraged. Despite losing by a wide enough margin to be beyond major dispute, they felt cheated. They blamed laws, election officials, and anything else they could think of, citing them as definitive proof that they had been robbed of a deserved victory. A subsequent media tour led to major figures in their party siding with them, declaring as gospel the loser’s claims to be true.

You might think I’m talking about former President Donald Trump and his infamous “big lie” in the wake of his clear 12,000-vote defeat. But I’m not — I’m talking about Stacey Abrams, the losing candidate for Governor in 2018. Far from being raked over the coals, Abrams has instead been given credibility and credence following her ridiculous claims. Refashioning herself as a voting rights expert, in clear preparation for another go in 2022, she’s been treated glowingly by the national press. But far from a hero, Abrams has become a danger to American politics — one that must be confronted and rejected.

Donald Trump’s shocking victory in 2016 sent shockwaves throughout the political world. Accelerating trends that had been visible for years, Trump made stunning progress for Republicans in Rust Belt states while declining rapidly in the Sun Belt. No state is perhaps as visible in this category as Georgia. In 2004, George W. Bush won the state by 16%, carrying all of the suburban Atlanta counties with at least 60% of the vote. By 2016, Hillary Clinton had come within 5.1% of carrying the state and had flipped six of the major suburban counties. Deep statistical analysis showed an opening specific to the Atlanta area, but even analysts where initially skeptical Democrats could compete statewide.

To the shock of many, Stacey Abrams emerged onto the scene as a strong candidate. In the closest gubernatorial race in the state since 1994, Republican Brian Kemp pulled out a win of 1.4 percentage points. With 50.2% of the vote, Kemp finished only around 10,000 votes ahead of a runoff, but he also recorded a clear margin of victory of 55,000 votes. Rather than going off gracefully, Abrams instead saw a political opportunity.

Kemp, the Secretary of State of Georgia, had presided over the election; this isn’t actually unprecedented or that unusual. But using this as justification, she claimed he had misused his office to help his campaign. She cited purges of inactive voters as proof the election was rigged, and the vote suppressed. Abrams even compared Kemp’s actions to Jim Crow laws. However, an analysis from the Atlanta-Journal Constitution found no evidence of “systematic malfeasance” or any impact that would come close to flipping the election. Nonetheless, Stacey Abrams simply refused to concede for weeks. Finally, on the 16th, in a ridiculous and embarrassing show, Abrams acknowledged she would not be Governor but refused to concede. Rather than doing the right thing and admitting she lost, used this opportunity to promote her new “voting rights group” Fair Fight. And moreover, she ridiculously claimed that she could “certainly bring a new case to keep this one contest alive,” seemingly claiming that such a lawsuit might overturn the race. Her only reason not to do this was that evidently that she didn’t want to win that way, a ridiculous and insulting claim.

Stacey Abrams’s claims defied the reality on the ground. They were a clear and transparent attempt to create a Big Lie and paint herself as a martyr – and the sad thing is, they worked. Abrams received glowing media profiles regarding her new organization, few of which questioned her refusal to concede. Democratic politicians rushed to join her cause: among the prominent figures declaring her the legitimate winner included Kamala Harris, Hillary Clinton, Pete Buttigieg, Sherrod Brown, Cory Booker, Bernie Sanders, and Amy Klobuchar. In the years following her loss, she claimed that conceding means “condoning systems that are used to oppress us” and an admission that the system was fair. Most egregiously, she said “I did win my election, I just didn’t get to have the job“. This is, of course, baloney. Her refusal to concede, far from a selfless cry to fix a broken system, was instead a cynical (and successful) attempt to keep herself relevant.

We all know the embarrassing charade that former President Trump engaged in following his defeat. Like a petulant toddler, he threw a temper-tantrum, demanding the state legislatures, and then the courts, and then the Supreme Court, award him a win he had not earned. As the Congress met and the Vice President presided over the ceremonial counting of the electoral votes, an angry mob stoked by the President tried to disrupt the session. In the chaos, five people died — four rioters and one police officer. Trump’s ridiculous actions earned him a second impeachment, and while it failed, it proved to have the most bipartisan impeachment vote in history as seven Republicans voted to convict.

This event cannot be separated from the subsequent voting laws that have emerged, but it isn’t the whole story. Even without the months-long Trump temper-tantrum, Republicans would in all likelihood have made adjustments to the law. Republicans have long been lukewarm at most on mail voting, and early voting has also been a frequent point of contention. There are arguments to be made on both sides, but it’s inarguable why these laws have been considered. However, intent is not what matters in law; rather, what the law actually says is what matters. Sadly, this entire point seems to have been lost. If you want to understand the law better, Grace Panetta of Business Insider put together an excellent piece on the subject.

Two weeks before the law was passed, Stacey Abrams’s organization had already registered the “Jim Crow 2” domain. After it was passed, Democratic activists — including the President, Joe Biden — referred to the law using this terminology. To hear them speak it, this was perhaps the worst law in the history of laws, a bill that is far worse than the original Jim Crow laws that saw the state impose explicit racial segregation as well as the exclusion of black voters from the voting rolls. Activists, backed by Senator Raphael Warnock, originally claimed the bill ended no-excuse absentee voting and restricting early voting on weekends; the bill did neither. Biden falsely claimed the bill reduced voting hours, and his administration has since refused to admit he was wrong. With the conversation being led by activists, however, and the claims of people like Abrams and Biden, the damage would begin.

Major League Baseball, in response to the law, decided to move its All-Star Game. Georgia Democrats almost immediately and uniformly said this was a bad decision; apparently, laws that are literally worse than Jim Crow shouldn’t lead to a boycott. As a result, an estimated $100m in economic activity will be taken from Cobb County. Stacey Abrams has said boycotts are a bad decision, but this simply does not match her rhetoric. If this new law is literally Jim Crow, a boycott is not only justified — it’s the only moral thing to do.

Stacey Abrams doesn’t seem to realize that her words have consequences, and her claims will be taken seriously outside the political sphere. Rather than treating this law rationally — targeting the bad parts and not making lies or ridiculous claims — Abrams and her allies opted for shock value, presumably hoping this would help her 2022 campaign. And as the self-declared expert on election law and voting rights, people bought her claims hook, line, and sinker.

While this might be helpful for Abrams’s political career, it’s having real consequences for the people of Georgia. It also presents a bad example for future politicians, tempted by the money and fame that a refusal to concede can provide. Former Senator Kelly Loeffler has created her own organization, Greater Georgia, to counter Abrams, and it specifically aims to restore “faith and confidence in our elections” … sound familiar?

The monster Stacey Abrams has created is one where, rather than conceding, candidates claim the system is rigged. It’s one where elections never are accepted and where neither side feels the other has ever won legitimately. Despite her claims to the contrary, this vision is no different than the fantasy world Trump embraced after the election. As Americans, it’s our duty to hold all to account, regardless of party, for the sake of our democracy. And it we fail to do see, there might be even more dire consequences than the capitol riot.