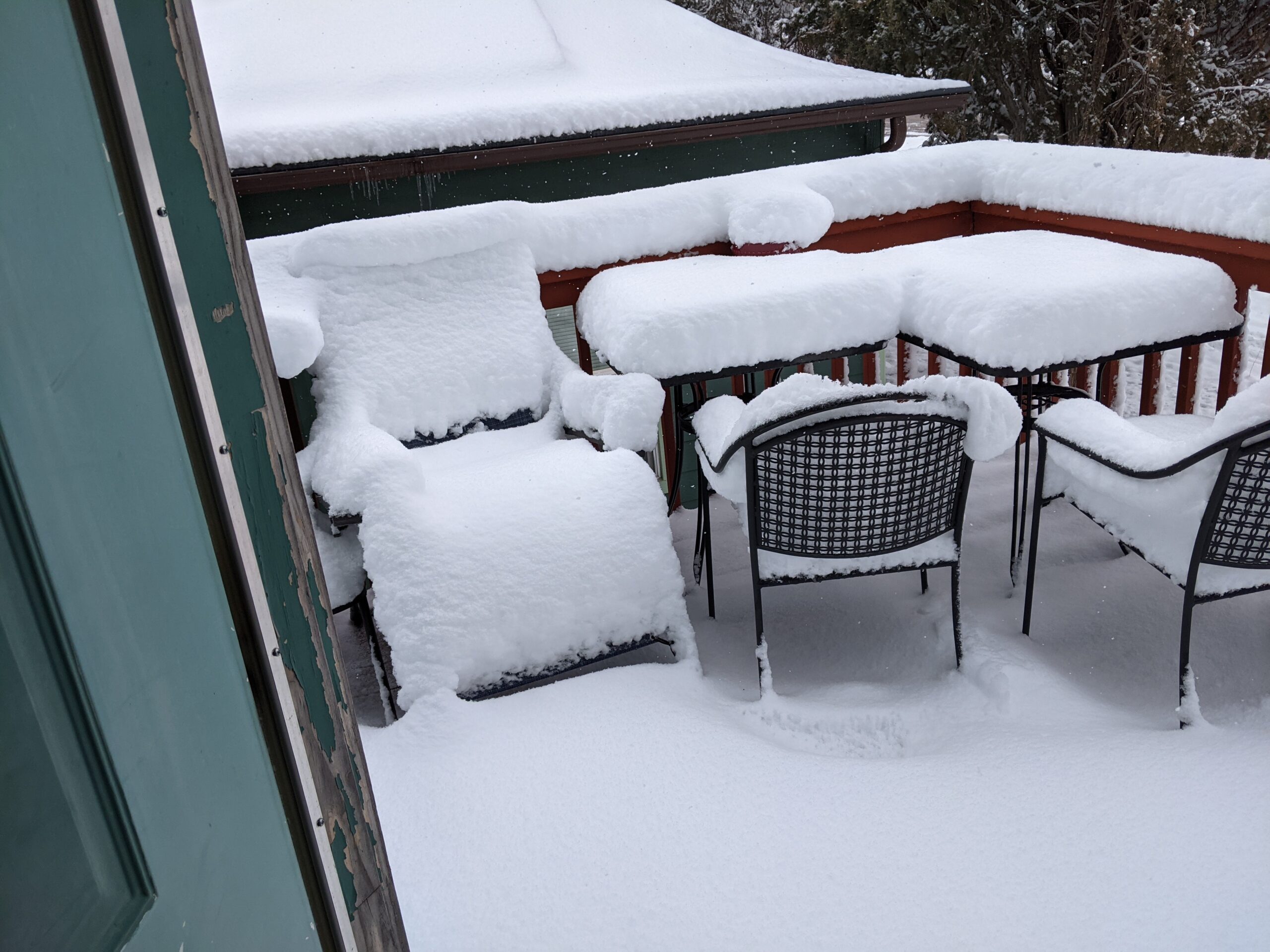 The snow came really fast and it was entirely gone within 24 hours. That picture? That’s from Monday. Tuesday? It was gone. Well, there is still some in the areas where the sun’s light doesn’t touch but the roads, sidewalks, driveways? Dry as a bone.

When we started the whole pandemic thing a million years ago, we had no idea how long the lockdown and quarantine and Safe At Home/Safer At Home was going to last. Now? It feels like you can count the number of days it’ll be until it’s over. Like, count in your head. Not on fingers and toes, not yet… but, like, you know when you ask a 6 year old to count to 100? They can? They might miss a number here or there in the 40s but, sure, they can count to 100.

Since this is going to be a big summer, this weekend will be spent doing the usual Safe At Home kinda stuff (since we still have to get to there from here). A grocery delivery, chores around the house, maybe a drive up to Cascade if Sunday is particularly sunny, maybe some laundry. Just gotta hunker down. Just gotta get to the finish line. 100 days.

(Featured image is “Temporary Blizzard”. Taken by the author.)