The Twisted Tale of One Eric Greitens: Read It For Yourself 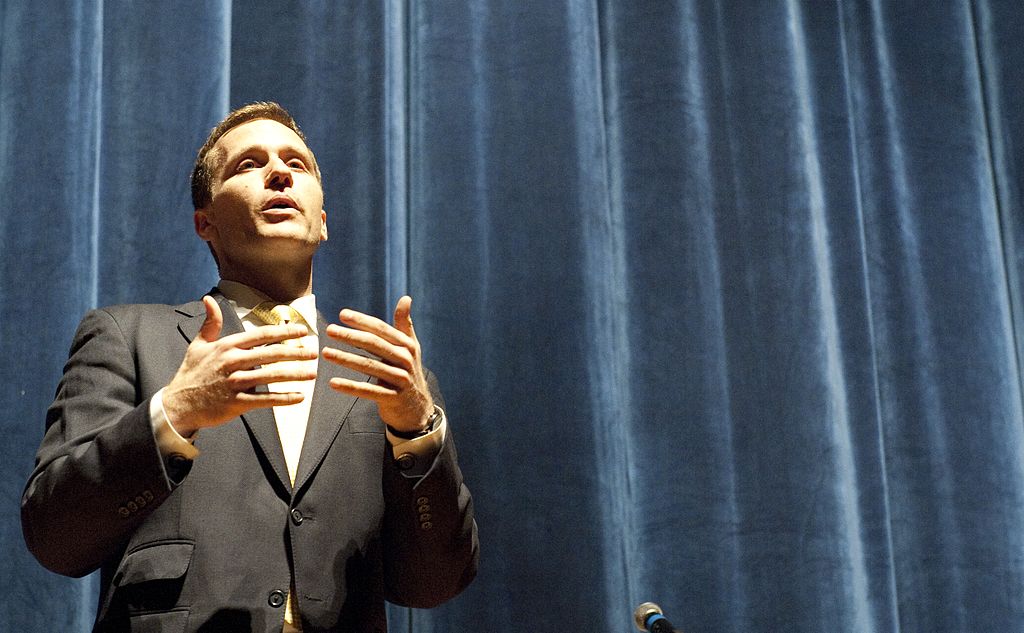 Eric Greitens at the US Coast Guard Academy in 2011, Public domain, via Wikimedia Commons

The obsessively ambitious never really give up after a setback, they just regroup, retool, and go on like nothing ever happened. In the Show Me State, former Governor Eric Greitens has decided the time is now for a return:

Former Missouri Gov. Eric Greitens officially announced his candidacy for U.S. Senate Monday evening — three years after resigning in the face of a string of scandals, including allegations of violent sexual abuse and blackmail.

After weeks of speculation, Greitens confirmed on Fox News that he will seek retiring Republican Sen. Roy Blunt’s seat in 2022. He launched a campaign website in coordination with his Fox appearance.

He rattled off a list of accomplishments from his short tenure as governor, but he glossed over the scandals that caused him to resign midway through his second year in office.

Glossed over, you say? Well, that’s what Read It For Yourself is all about. The chaotic final days of the Greitens’ governorship are detailed here, his felony charge for stealing from a veterans charity that was dropped as part of an agreement for his resignation is here, the $178K ethics fine he paid is here, and the investigation by The House Special Investigative Committee on Oversight including testimony to the woman who accused him of assaulting her and which was controlled by Greitens own party is here to read in full.