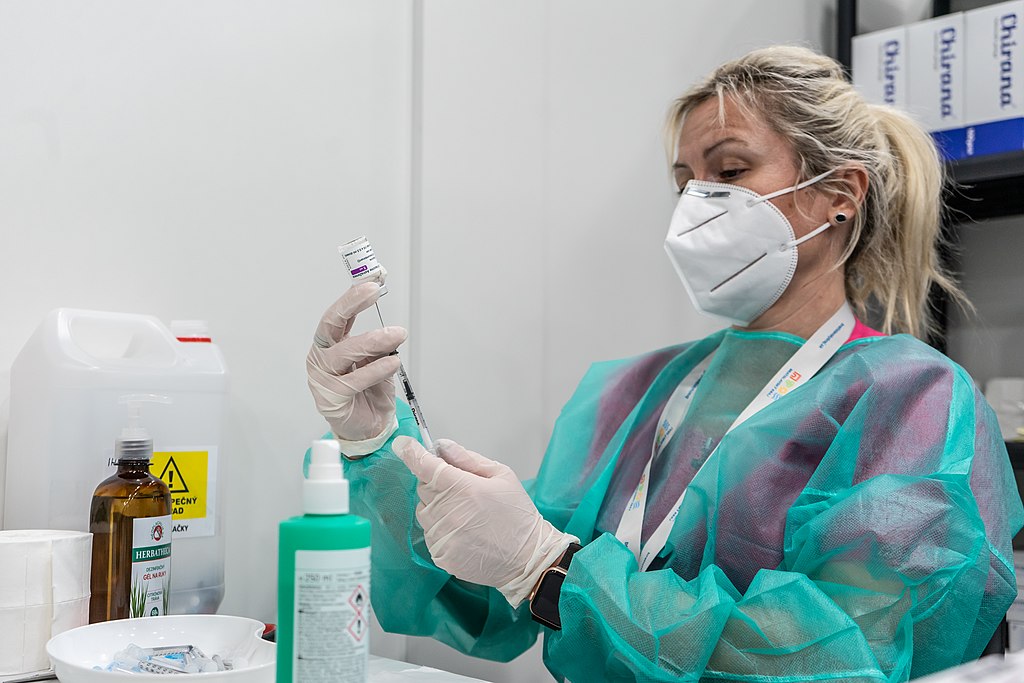 [ThTh1] The big news this week is that several European countries have suspended distribution of the AstraZeneca COVID vaccine. The purported cause is a rash of blood clots that occurred after getting the vaccine. However, it’s really not clear that these things are vaccine side effects related at all:

Call it luck, chance or fate – it’s difficult to incorporate this into our thinking. So, when the European Medicines Agency says there have been 30 “thromboembolic events” after around 5m vaccinations, the crucial question to ask is: how many would be expected anyway, in the normal run of things?

We can try a quick back-of-the-envelope calculation. Deep vein thromboses (DVTs) happen to around one person per 1,000 each year, and probably more in the older population being vaccinated. Working on the basis of these figures, out of 5 million people getting vaccinated, we would expect significantly more than 5,000 DVTs a year, or at least 100 every week. So, it is not at all surprising that there have been 30 reports.

Those of us who write about science knew something like this was going to happen. If you gave 15 million people a glass of water, some of them would drop dead the next day. This doesn’t mean that water is killing them. It means that, in a large enough group of people, bad things are going to some people just by random chance. That’s just the nature of statistics. But some anti-vaccine advocates and … give me a phrase other than pro-virus advocates … don’t care about data. They care about stoking panic. And they will jump on anything to make their case.

Now, to be fair, the symptoms people are worried about are unusual, as described here. And some scientists think it is worth looking into. But the gripping hand here is that even if the AstraZeneca vaccine does cause blood clots — and there’s no evidence that it does — the rate is very low; 30 events at most. You have to compare that to the dangers of 5 million people being exposed to COVID, which would leave about 20,000 people dead and several hundred thousand with long term health issues. This effect was brilliantly demonstrated by Penn and Teller in a video I’ve probably shown before (language warning).

Penn and Teller on Vaccinations

Now imagine that demonstration with a bowling balls and you’ll get the idea of what we’re talking about here. This isn’t the sniffles. This is the deadliest disease we have faced in a century. I know people who’ve had significant side effects from the vaccine, described it as feeling like they were run over by a truck. I also know people who’ve had COVID who’ve described it as one of the worst experiences of their life. This disease has slaughtered at least 50,000 people worldwide in the last week alone (that we know of). Now is not the time to cater to panic. By suspending the vaccine, these governments are not only endangering people, but they are also giving legitimacy to the anti-vax disinformation campaign. And it will only get worse until they stop conceding the statistical high ground.

The simple fact is that these vaccines have been extensively tested and are as safe as our testing limits can tell. Yes, I think it’s prudent to look at possible long-term vaccine side effects. But keep in mind that those vaccine side effects won’t just magically appear after ten years; they should start showing up in a portion of the population very soon. Yes, I think it’s prudent to not vaccinate kids at this stage. But with new variants exploding into the European population, to stop distribution of a vaccine based on a side effect that is rare, unproven and statistically insignificant in the 15 million doses that have been given out so far is simply irresponsible.

And not just for today; but for the long term. Because this won’t be the last pandemic we ever face. And the infrastructure we’ve built in the last year will be critical to containing the next one.

[ThTh2] Over the last year, there has been intense debate over the measures used to contain COVID. This debate, like seemingly all debates, has gone to the extremes with lockdown advocates claiming their opponents are literally killing people and lockdown opponents claiming their adversaries are implementing fascism.

But it doesn’t have to be so black-and-white. Charles Cooke makes a reasonable case that much-derided Florida Governor Ron DeSantis has done just a good a job of containing the virus without burning his economy as much-praised Gavin Newsome has. The two states have similar death rates, but Florida has a much strong economy right now because DeSantis didn’t institute the kind of restrictions Newsome did.

While I appreciate the perspective (and the NYT article linked within), I don’t these comparisons are quite appropriate. California was hit very early in the pandemic when the disease was much more lethal than it is now. I have little doubt that those early shutdowns saved the state from suffering the fates that New York and New Jersey did.

It’s also not clear that government mandates and private behavior coincide. Cell phone mobility data has repeatedly shown that many states without shutdown orders saw just as big declines in activity as state that had them. You can order people to stay at home all you like. Or you can tell them to go out and party. But how they will act tends to be a more individual decision.

Even more importantly are huge variations in local conditions. COVID spread is affected by weather, populations density, variants, when the disease hit and peaked and a variety of other factors we probably haven’t even considered.

We have spent the last year blundering in a dimly lit room trying to contain this thing. And while we’ve learned some things — outdoor activities are safer than indoor ones; masks work; crowds are bad — it will probably be years before we know who did better on this. If we ever do.

Every few months, we go through this cycle of trying to determine who did a better job of containing the pandemic. Which would be great except that the pandemic is still going on. Conditions can change. Areas where the virus was contained suddenly become hotspots. Hotspots calm down. States that we’re doing well suddenly aren’t. Just look at Europe. For months, we were told they’d done a better job than we had. But the US is now rolling out the vaccine three times faster than the EU.

The only countries that have really done well — so far — are either islands like Australia and Taiwan or Pacific Rim countries that have significant cultural differences. For most of the world, it seems like societal changes are hard while technological challenges are easy (for reasons we discussed on Twitter here). And the results have been periodic and almost random explosions of the disease.

As we enter what I hope is the final stages of the pandemic, it’s important to keep in mind that there is no winning in this game. There are only degrees of losing. Hopefully, we will get to the point where we have the luxury of looking back, figuring out what worked and planning appropriately for the future. In the meantime, it would behoove us to remember that no one wants to kill grandma, and no one is establishing the Fourth Reich through stay-at-home orders. There are politicians, pundits and writers who are grifting on this by spreading disinformation and hysteria, yes. But most of us are just fumbling our way through an unprecedented situation.

[ThTh3] People were alarmed when recent data from Spain showed a shocking rise in COVID deaths among young children. Turns out, it was a data entry error. The system was leaving off the 1 on victims who were over 100.

[ThTh4] The case of the missing eclipse.

[ThTh5] Yes. This is an actual thing that exists:

Fordite (also known as Detroit agate) is old automobile paint which has hardened sufficiently to be cut and polished. pic.twitter.com/wqBtsgBJJC

[ThTh6] Want to hear a robot fire a laser on Mars? Sure you do.

[ThTh7] The Cow and the Camel sounds like an Aesop fable. In this case, it may be a black hole devouring a star from the inside out.