Not Talking About My Generation 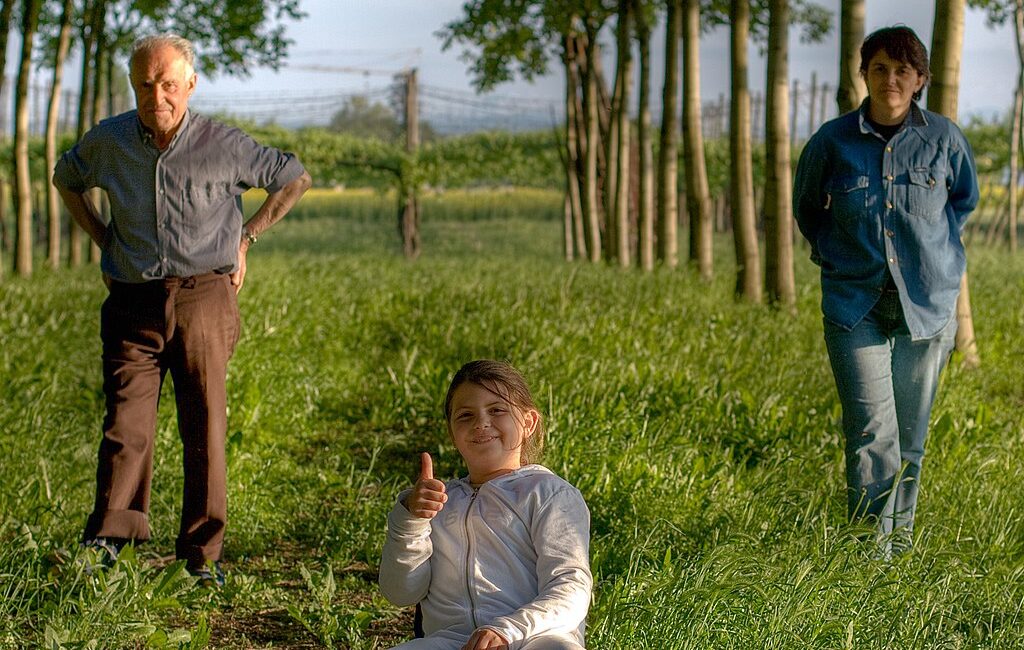 So the Boomers are wagging fingers on Fox News at the Gen Xers, who are Facebooking about how they could care less about the Millennials, who are Tweeting and meme’ing the Zoomers, who are mocking all of them on TikTok. Which means, of course, this is a good trench in which to fight out the culture wars, or something.

Fox News correspondent Gillian Turner: “Cancel culture is spreading like wildfire. There is a call for Generation X to lead the charge to save America from the social media mob. Can they do it?” pic.twitter.com/zxmxkppQ3i

Oh. Good. Hell. God, am I sick of this nonsense.

Let us set aside the highly questionable outrage du jour of “cancel culture” that others have been and probably will be debating for the foreseeable future. Let us focus on the labeling, racking and stacking of generational cohort labels against each other.

Forgive me for shallow analysis here but it is made-up stupidity and to make it into cultural battle lines, even more pointless.

“A lot of demographers will tell you that we like to work with cohorts, as opposed to generations,” he explained. “We’re always looking for … demographic patterns: Marriage, fertility, family formation, those types of things.” The Baby Boomers were themselves a cohort: a group that shared a certain set of demographic characteristics. Generation X doesn’t.

In its work, the Pew Research Center uses generational boundaries like “Millennial” (which it defines as those born between 1981 and 2000, a somewhat early end point compared to others). “They are somewhat arbitrary,” said Kim Parker, director of social trends research at Pew, of the generational descriptors. But generations as a concept can be “a worthwhile tool for storytelling, taking a lot of data and trying to put it into an interesting prism that speaks to people.”

She acknowledges that this can yield a negative result. “A lot of times, people are frustrated. They think, ‘I’m not a Millennial! I don’t feel those same things in the way that you’re generalizing.’ That’s one of the shortcomings.” Parker has advice for those who are on the bubble between two identifications. “Pick the younger generation, of course!” she said. She also pointed out that there is “real bleeding across lines” in terms of what makes a “generation” unique. So, if you feel like a Millennial, say you’re a Millennial, who cares. (Here, take Pew’s “How Millennial are you?” quiz.) Generations are like “Whose Line is it Anyway?”: The boundaries are made up and the labels don’t matter.

Except. Every so often, there’s a generation, like the Boomers, that hangs together as a distinct demographic cohort. And maybe, just maybe, the Millennials will eventually be determined to have met that standard.

“Right now, we’re in a kind of a unique period where young adults are undergoing some rapid demographic changes,” PRB’s Mather said. “They’re getting married much later; fertility rates are dropping. If some of those changes become long-term, I can see that today’s young adults might fall into some new cohort that we can define based on their unique characteristics.”

In other words, and in a rather apropos bit of irony, trying to apply the standards of the rather unique generation we call Boomers to everything is mucking up the works describing the generations which followed. “A worthwhile tool for storytelling, taking a lot of data and trying to put it into an interesting prism” isn’t science; it is branding. While there can be applications for that, it can also be a false label to easily identify not-easy-to-explain things.

The Boomers have a uniformity to them because they came from a much different world. Post-WW2 America was a unique time period perhaps unmatched in human history in economic growth and general prosperity. The real lines of generational shift of the last 40 years or so, encompassing the much-discussed and oft-derided Millennials, is not dates on a calendar but technology. Growing up pre-and post internet is not growing up pre-and-post smart phone is not growing up pre-and-current social media age. Just those three overlapping developments will have societal implications far beyond dates, or traditional generational markers, as will whatever the next big technological innovation is.

Admittedly, I’m grumpy and biased on this issue. I don’t really fit into any of these nice, neat categories. My parents are Boomers but waited until rather late in life to have me, which generationally gapped me from the same generation in my family, sometimes by 10 or even 20 years. My oldest first cousin on my mom’s side, grandchild number 1 as we rank my generation in our clan, was only 4 years younger than my mother who, by the by, birthed the youngest grandchild, me, number 19. As either the youngest Generation X or oldest Millennial, depending on which number you are using, it’s hard to tell if I fit either. I grew up rural, and in West Virginia, and in a rather traditional home, so I was probably culturally behind even further than that. I graduated high school when the internet was still primarily something done in the computer lab at school. I was too immature for college so after working for a while I enlisted active duty and found my path that way. I was already a father by the time smart phones came out. I didn’t have a social media account of any kind until age 36. I did college piecemeal over many years using my benefits and GI Bill. In short, there isn’t a neat, clean column that I would slide into for the purposes of “making a lot of data and trying to put it into an interesting prism” like the demo-gods would like.

But I am also being too harsh, probably. There needs to be some kind of sloganeering for this type of information. There isn’t anything inherently wrong with trying to have “a worthwhile tool for storytelling” to present your science. The problem comes when the storytelling becomes the be all, end all some folks are looking for. The world is smaller, time moves faster, culture is progressing. Or that is what we tell ourselves, anyway. Certainly, the old standards of 40-year generations probably won’t apply now or in the future. But the least we can do is maybe not use such a broad brush in trying to make large, diverse groups of folks fit into convenient soundbites any more than we have too. Doing so is like looking through the wrong end of a telescope, distorting your perception of the world as it really is. Worse, it will distort your impression of people, limiting your ability to discern things as they really are rather than as the preconceived notion of a demographic cohort.

Part of the problem on a practical level here is whatever cohort you are trying to categorize isn’t static. The trend for the last few generational labels is to make a huge deal of them as teens and young adults, then as they age up move to the next group of teens and young adults and fret over them, since most of the writing and media coverage of that demographic is directed at older folks fretting over such things. But they don’t stay teenagers and young adults. They grow up. They have relationships. They have careers. Some of them have children and families. Some of them do not. Some succeed. Some do not. The cohort that fit a study at 20 will not neatly fit those same criteria at 40, or 60, or 80.

As much fun as it is to bash the American Boomers, consider the arc they are currently nearing the end of. Growing up in economic boom of post-WW2 world, coming of age in 60s chaos and 70s malaise, raising children in the 80s and 90s, and then watching the world change rapidly through events like 9/11 and technological advances that have revolutionized every aspect of everyday life. As much as Generation X likes to joke they had to develop as people dealing with Boomers, it is probably only fair to point out thathaving to raise Generation X probably affected how Boomers became how they are as well. As for Millennials and Zoomers and whatever will be coming next, this song and dance will continue with slightly different lyrics, a little different sound, but the same familiar drumbeat of “what’s wrong with those darn kids” by the olds even long after they cease to be kids. Those now entering adulthood had completely different experiences with colleges that are multitudes more expensive, careers that didn’t even exist for their parents coming up, and a technology-driven society that has shrunk the world while making the individual worldwide from the palm of their hand at the same time.

Yes, it is hard to not just lump folks into easy to define categories. Do it the hard way, the right way, and be a better participant in the discourse for it. The kids are alright, as soon as you admit they aren’t really kids anymore. You just have to act like an adult about it.