They are Newton’s Laws of Motion 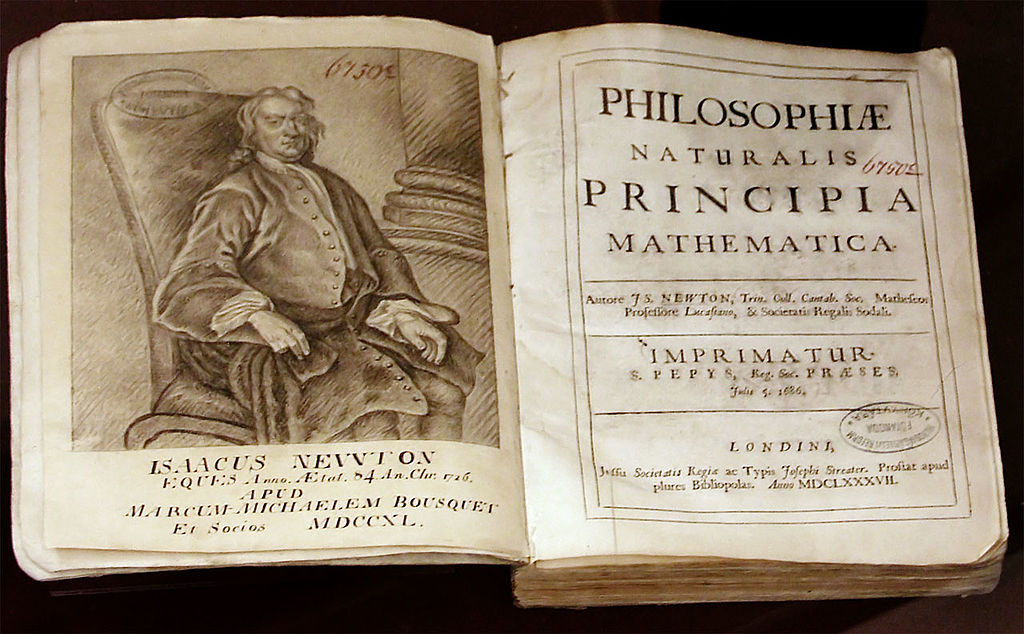 Bari Weiss has this piece about an expensive private high school’s curriculum:

The science program at Fieldston would make any parent swoon. The electives for 11th- and 12th-graders, according to the school’s website, include immunology, astronomy, neuroscience, and pharmacology.
But physics looks different these days. “We don’t call them Newton’s laws anymore,” an upperclassman at the school informs me. “We call them the three fundamental laws of physics. They say we need to ‘decenter whiteness,’ and we need to acknowledge that there’s more than just Newton in physics.”

This understandably raised eyebrows. First is that the new name seems wrong. Are the three laws actually fundamental?

Calling them the three fundamental laws of physics is actually erroneous, because none of them are fundamental. All of them are classical non-relativistic approximations.

I don’t give a shit about the culture war nonsense but being wrong is bad.

Even if we accept the proposed name as adequate though, is it a good idea?

One issue that comes to mind is that names are not only, or even primarily, signals of what is important. They are shorthands used to communicate easily with others. If a small school unilaterally chooses a new name, will their students not know what others are talking about when they hear the same laws referred to by their more common name? It seems like students should at least be told that others refer to them as Newton’s laws of motion even as they chose to refer to them differently.

A second, less easily addressed issue, however, is that this form of “decentering whiteness” actually hides evidence of white supremacy. One reason history books and are vocabulary itself are filled with the names of white men is because the men in white societies dominated the planet for a solid chunk of modern history, whether by colonialism or other means.

Isaac Newton was the president of the Royal Society. As far as women, go,

When Hertha Ayrton was nominated for fellowship in 1902, her candidature was turned down on the basis that as a married woman she had no standing in law. The Sex Disqualification (Removal) Act 1919 made it illegal for an incorporated society to refuse admission on the grounds of an individual’s sex or marital status. While the Society acknowledged the provision of section 1 of the Act in 1925, in reply to a question originally put to them by the Women’s Engineering Society three years prior, it was not until 1943 that another woman was nominated for fellowship. Kathleen Lonsdale and Marjory Stephenson were duly elected in 1945, after a postal vote amending the Society’s statutes to explicitly allow women fellows.

The Royal Society, per my short Wikipedia search, has never had a woman president.

You will find similar patterns in field after field. Despite their not being substantial differences in the underlying potential aptitudes between men and women or among races, white men have had an indelible impact on a bunch of the human endeavors we consider important today. This is important to communicate to students because it communicates a tragedy. Namely, that there have likely been a dozen other Newton’s in a dozen other societies that simply were not in the position to have his great impact.

I don’t think this tragedy is articulated explicitly all that often, perhaps because we can’t even guess at what we are missing out on. A good number of the advances in the scientific fields happened only because some white man of considerable means was curious and set about tinkering in his free time. We came so far with the effort of so few. How much further could we have gone with everyone? There are likely countless would-be geniuses lost to us. We can’t even know what they might have done, and that should strike all of us as horror. It should create a deep sense of loss in the pit of your stomach. And since this continues to be the case for many people around the world, it is an ongoing horror.

We call them Newton’s Law’s of Motion because Newton wrote about them. He was given the freedom to excel as he did because of the overlap between his brilliance and identity. Acknowledging this is about as woke as you can get.