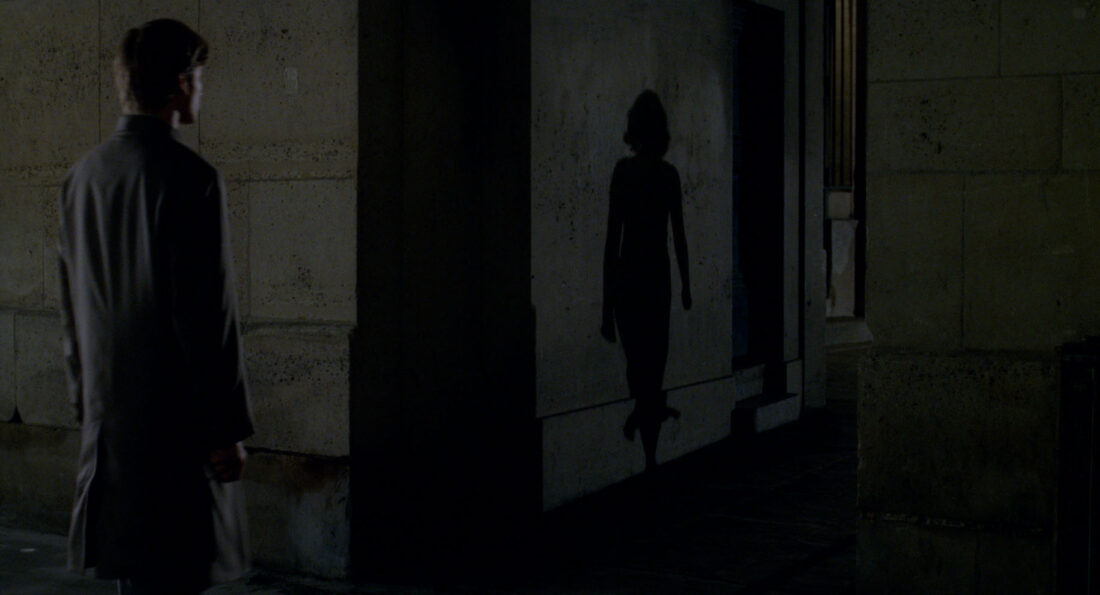 “If you want a woman to leave you,” a friend once advised me in my younger days, “just get jealous with her. It’s as sure as hitting her, she’ll leave you, just maybe not as quickly.” It was good advice; Proust’s main characters should have taken it.

Sexual jealousy is chiefly an intellectual mania in Proust, a specialized type of curiosity. We saw this with Swann in the first volume: his obsession with Odette was a compulsion to know all the details of her life that was doomed to fail, but which ironically rekindled the studiousness of his schoolboy days. It was almost comical; everywhere Swann imagined he would find sure proof of her infidelity was wrong. At one point, Swann spies two people in her room late at night and bangs on her window; it’s the wrong house. Odette was cheating on him, mind you, just never where or when he thought she was.

During this reading of “In Search of Lost Time,” I’ve been especially impressed at how well Proust’s epic hangs together- our hero will ultimately lose the great love of his life due to his possessive jealousy, which is prefigured hundreds of pages earlier with the novella about Swann and Odette, which in turn becomes knowledge fueling our narrator’s later suspicions. Similarly, Bloch, the schoolboy friend who has appeared periodically throughout the novel, is both a vividly realized character (and more than a bit irritating) as well as a playwright whose actress friend may or may not been having dalliances with our narrator’s beloved Albertine. More importantly, Bloch informs the hero early on in the novel that, contrary to social taboos, young women also seek out sex, just as enthusiastically as young men; this shocks him and also likely fuels his later jealous curiosity.

Everything leads to concealed lust. Everyone around him seems to have a secret life, and as a young man obsessed with the gap between our knowledge of things and our unintellectual impressions of them, it’s almost unsurprising that our narrator obsesses over knowing everything about his lover’s private life, to the point of obliterating it.

He’s trying to hold back the tide. He has also reached the age in which many of the people around him, including those to whom he looks up, have started dying. There’s a keener awareness of death in these later novels, which were published after Proust’s own death. Grief here emerges at awkward moments, it crashes the party. Our narrator is finally mourning Swann’s death, which he barely seemed to notice when it happened; he is also mourning his grandmother and Bergotte, and now Charlus seems to be in physical decline. Harold Bloom suggests that mortality and jealousy are close kin in this novel:

Sexual jealousy, Proust suggests, is a mask for the fear or mortality: the jealous lover becomes obsessed with every detail of the space and time of betrayal because he dreads that there will not be enough space and time for himself.

And yet, there’s never a chance that sexual jealousy might drive anyone to murder in these novels, an all-too-prevalent outcome in life. Our narrator differs in this way from Othello, to whom he is sometimes compared. I also thought of Pozdnyshev in Tolstoy’s novella “The Kreutzer Sonanta,” whose insane jealousy drives him to murder his wife. Tolstoy thought it was a realistic expectation to keep up a sexless marriage in order to avoid the madness that would result from unrealistic expectations of sexual happiness. Proust seems, in contrast, to see jealousy as a natural affliction resulting from our need to know (rather than our need to shtup) the other, a need which is essentially futile. He’s a contemplative. As OT alumnus J.L. Wall noted here (oh, about a decade ago), it’s often hard to imagine Proust’s hero doing much of anything, much less kill someone.

Love never begins with jealousy, which is why we so often yearn to return to the beginning. Our narrator most purely loved Albertine when he was young and both were relatively free. She was a free-spirited girl, raised by her aunt after both parents had died, and much poorer than his family. When Albertine came to him in Paris, newly enamored with our hero, he seemed disinterested, until the point it seemed he might lose her. She plays games and keeps secrets from him, which enflames his passion. There are suggestions that she might be a “daughter of Gomorrah” in the same way Charlus is a “son of Sodom”. He resolves to keep her close.

Now, Albertine has moved into the family home in Paris, much to the chagrin of his mother and the housekeeper Françoise, neither of whom care for her. Class plays a role here; she’s a kept woman. His jealousy quickly narrows the circle of Albertine’s life; neither of them go out together anymore; when she does go out, it’s with her friend Andrée, who reports back to our narrator. When Albertine expresses a desire to return to the Verdurin’s salon, our narrator is convinced she has some ulterior motive and grills her before insisting on going himself. Here, Proust does something clever by subtly implying a parallel between the obsessive and controlling love of his main character and of the salonnière Mme Verdurin, who can’t stand the idea that members of her “little clan” might pair off and have relations outside of her circle. Everyone is creating their own imaginary world and casting actors and actresses they’d rather not let go backstage. 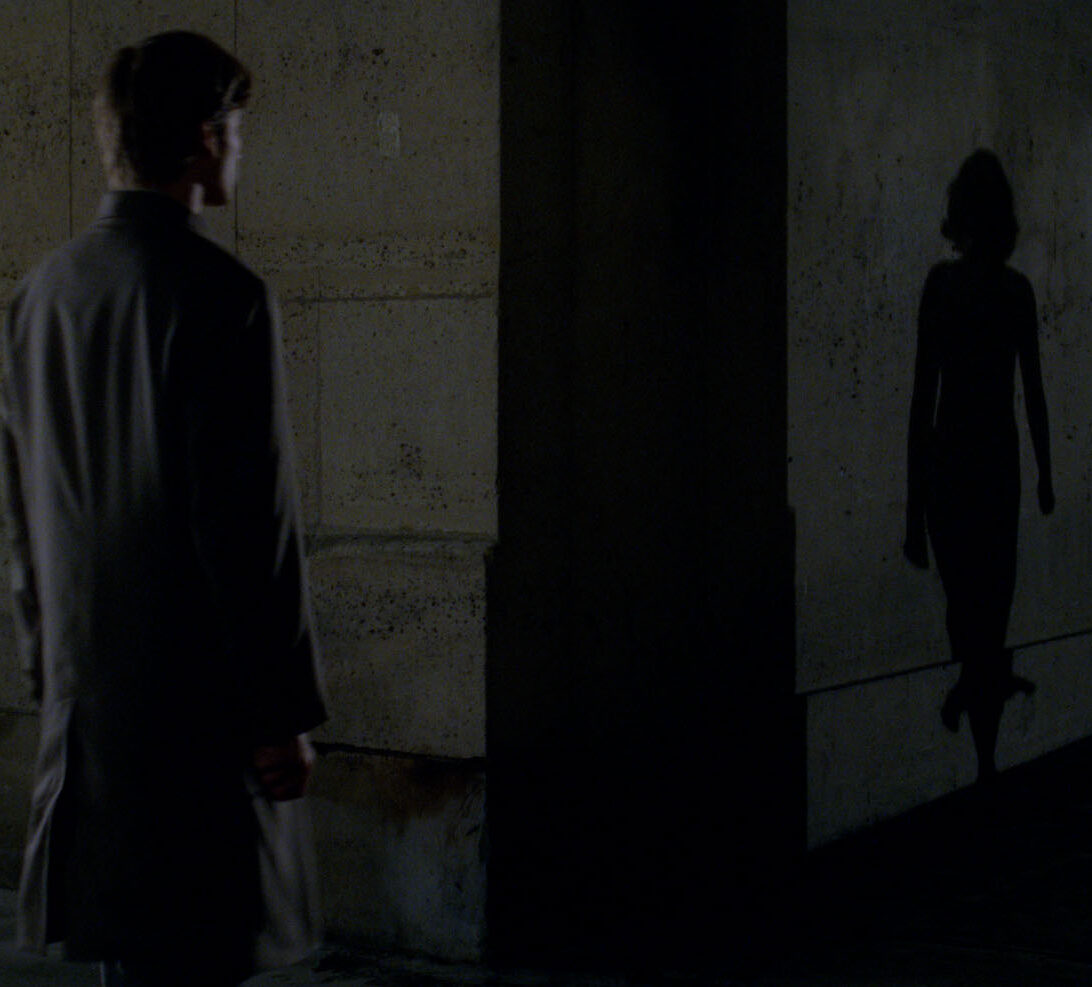 A shot from Chantal Akerman’s chilly Proust adaptation “La Captive” (2000). It’s a great film that brings out the sexuality and sadness of the novel.

Something interesting happened between my readings of “In Search of Lost Time”: I misremembered this volume as being much darker and more painful than it is, the narrator as completely insufferable. I suspect this comes from memories of my father, who could be overbearing in our family life, until my mother eventually left him for another. I learned when I was young to despise and scorn any incidents of jealousy, which many people think is a natural event in romantic love. Freud went so far as to say that those who claim not to feel jealousy or grief simply have stronger feelings they’ve repressed. As we know, anything repressed will return. My wife also left me for another, and grief quickly filled the space from which jealousy had been exiled.

I don’t know if I find Proust’s narrator less insufferable this time, or just a lot sadder. Regardless of the gender in the title, he’s as much a captive as his captive; his questioning is just a means to torture himself. He obsesses over fears that are unlikely and misses clues to the truth under his nose. He tries to end their relationship, in order to hurt her, and ends up hurting himself more grievously. In the end, she leaves him anyway. As anyone could predict she would. She has changed herself to meet his mind, and submitted to his control, but after all, she’s a daughter of Gomorrah. Marriages of convenience are often neither.

At this point in the novel, I start to wonder something rather counterintuitive: is “In Search of Lost Time” really a tragedy? Certainly, Proust’s mood throughout the novel is reflective to the point of rhapsody, so it never feels tragic. Even this volume is, in retrospect, more comedic than most takes of obsessive jealousy. If it’s a tragic story, it’s a light tragedy…

The real tragedy of our young hero is he desperately wants something impossible: to hold on to and nail down the manifold of experience and identity. Proust must have the richest characterizations outside of Shakespeare (yes, I went there) because all of his characters feel intensely there, yet they are all of them in flux throughout the novel. We know them, but not completely. Even the narrator is really a succession of different people under an umbrella identity, and he knows this. His attempt to pin down Albertine and to know her completely is doomed to fail; he’s already known a multiplicity of different Albertines in the same body. As a song I like once put it: “Identity is a slippery thing.”

Which might explain the persistence of music in the novel. Vinteuil’s music is a symbol of all experiences of art that seem to transcend ordinary life- those “unintelligent” encounters with art that seem to speak to our soul beyond language or reason; that seem like they could almost be a substitute for what we can’t find in others: something in which we might lose even our selves. Here, it becomes clear that Proust has read his Schopenhauer, as that dour Kraut defined artistic contemplation, that “contemplation of the world outside of the principle of sufficient reason,” as the only true and lasting happiness we’re afforded on earth.

Proust’s narrator, instead, is still trapped in the cycle of desire-disappointment-and loss. But, maybe, he has started to see the door that will let him out.

And so, what are YOU reading, pondering, playing, watching, or imprisoning this weekend?