The Legend of Michael Hedges 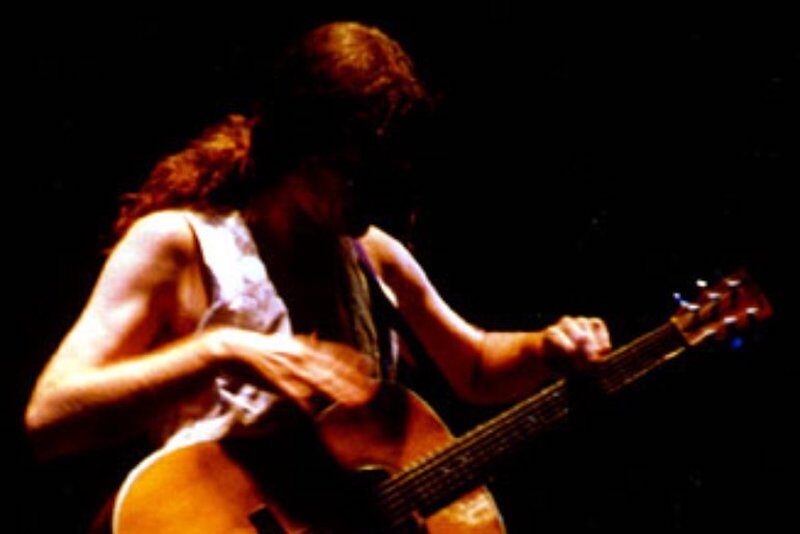 We may remember acoustic YouTube sensations rising out of the woodwork in the mid-2000s. Artists like Andy McKee took the internet by storm through experimentations with alternative tuning, two-handed tabbing, and hand drumming techniques that were hardly known of at the time. Pieces like Drifting were stand-alone to the golden age of YouTube. Andy is someone I consider a true virtuoso of guitar but I would like to draw your attention to a musician that does not often get the credit that he deserves.

His name is Michael Hedges. Growing up in northern California in the ’50s, he was the face of new age music and experimental acoustic techniques of his time. Not only was he a technical virtuoso, how one might consider Eddie Van Halen’s contributions to technique on electric, but a conceptual and compositional genius on the instrument. Studying classical guitar for several years, he wanted to re-imagine a song in such a way that the guitar was tuned to best present the musical idea.

Hedges understood music as thoroughly unconcerned with the competition. It wasn’t about being the best or beating other styles or genres, it was simply being open to letting the music speak for itself. His re-inventing techniques for steel guitar, creative approach to tunings, re-thinking normative styles can all be viewed in light of this to be pursuing this common mission of letting the composition speak for itself.

His style wasn’t simply compositional; he took an incredibly playful approach to his performances. Not only did he give covers a unique and interesting twist, but he incorporated improv into his shows that would seem altogether fitting for the respective composition. He always maintained an active conversation with his audience with a mix of humor and humility. A humility that seemed almost unnecessary, as he was must have been well aware of the degree to which he was an exemplar of virtuosity in the world of new music.

Keeping with the trends brought by composers like Philip Glass, compositions like Aerial Boundaries put to rest many of the genre objections that minimalist music is overly simplistic. He was a visionary of the instrument, showing how rhythm and melody can be synthesized in ways that would be impossible through other mediums.

In Aerial Boundaries, we can hear the subtle dance begin… da Da, da-da Da Da -a-a-a da Da, da-da Da Da -a-a-a…… He slowly introduces the steps of the dance. You are entranced by how simply the most basic elements bring out a collective whole. By the middle section, it’s easy to get lost in the piece no matter how familiar you are. The initial idea has disappeared and it is easy to get caught in the illusion that he is being accompanied by multiple guitars. And then, with a taste of the first idea, the song is broken open. The listener is released into the vast skies of northern California. If you listen to the piece you know what part I am talking about.

And yet, this does not feel to me over-analysis. For such an amazingly simple piece, you will discover something new, something almost hidden in the layers of its design that begs to be discovered.

In pieces like Ragamuffin, we see the real influence of his classical study coming out. He is not simply doing a creative improv piece but each section is selectively put in place for the transition. Each part has a purpose, and each part is essential to the whole.

Rarely did he play songs in the same tuning. He would jump from DADGAD for Ragamuffin, to CCDGAD for Aerial boundaries, then a cover All along the Watchtower in DAEEAA. Michael Hedges was never simply playing guitar in as much as he was in his mind chasing a sound, chasing the music, chasing his dreams.

But we don’t see his influence just in Andy McKee, no. It is hard to find a living professional acoustic guitarist that does not feel indebted to Michael Hedges in some way. He was a legend when he was alive and notably incredibly ethereal in his style. It’s hard to imagine what someone like Jon Gomm would sound like without Hedges. The amount of technical prowess and general creative attitude towards the guitar spills over from Hedges into these other virtuosos.

And yet, nothing is being essentially stolen from Hedges. Artists grew from Hedges’ techniques and made it their own. Adding to that, techniques and subtleties that are nothing short of magic. We see this in pieces like Gomm’s Passionflower. The instrument is continually being reinvented. This attitude of reinvention comes, I think, in large part through the works of Michael Hedges.

Being vastly important for guitarist circles, though, was not his point and mission. The concern for Hedges was not to be simply influential as a guitarist but as a musician. He did not think of himself as making ‘guitar music’ for a special set of enthusiasts but anyone open to his style. Building bridges to a vast range of music, he dispelled many commonly held prejudices against the instrument by bringing his inventive techniques to the forefront of new music.

“I play the guitar because it lets me dream out loud.” 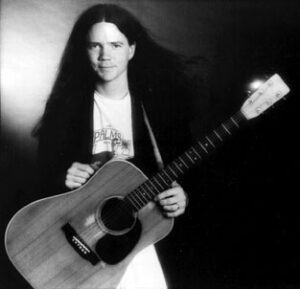 What he saw when he was playing doesn’t map perfectly to what is being heard by the audience. He wasn’t simply playing but dreaming up a painting for others to appreciate. He wasn’t there for the money; he was there because it was worth it for its own sake.

Due to a car accident in December of 1997, Hedges passed away at the age of 43. I am thankful for his contributions to music. To those that are not all that familiar with his work, I highly recommend checking out what he has offered the world in his unfortunately short career.

Graduating from Hillsdale College in the spring of 2020 I now write on topics ranging from politics, ethics, sports, and music. I grew up in west Michigan where I developed a taste for always expanding my circles of influence and understanding the nuances of the world at large. My passions include reading philosophy, especially utopian/dystopian literature, active living, musical production, playing guitar, and exploring all the nooks and crannies of our beautiful world. I can be found on Twitter.