Traditionally, Trappist monks would greet one another with the cheerful reminder:

They felt it useful to keep in mind. Like an uninvited guest at every party, death lurks in the background of all human stories, intruding at unexpected and inappropriate moments to ruin our future plans and cut short our fun. Without keeping this in mind, we tend to get lost in the manifold of experience; maybe the monks were trying to remind each other that time is short and it’s later than you think. 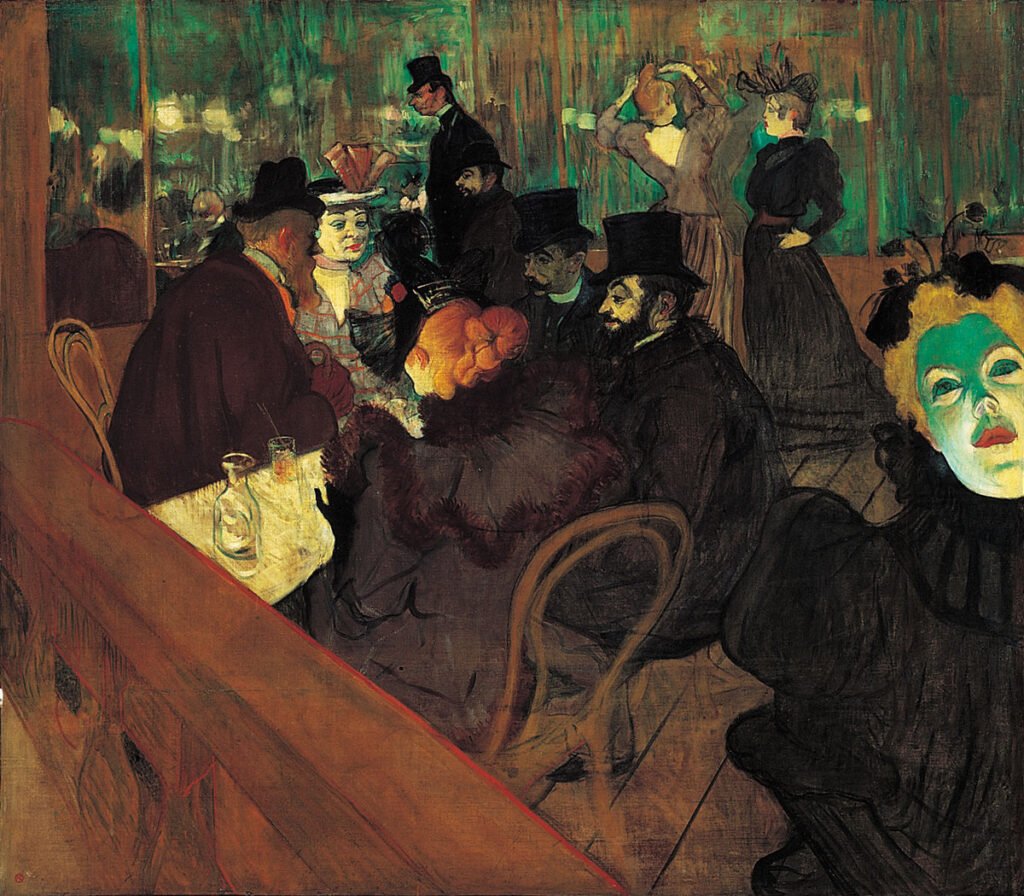 I think the first time I really struggled with the inescapability of death was when my grandmother left us 14 years ago, when we were unprepared. My grandparents effectively raised me- I was born into their small-town world, which seems as distant now as King Arthur’s court, and remain there in my heart. Grandma was the sort of little old lady who chats up and hugs strangers in the grocery store and says blithely inappropriate things. If you had told me as a young man that she would die one day, or that it would be before all of my other elderly relatives, I would called you a liar. As it was, she was also a bit of a hypochondriac and on one of the occasions that she called for an ambulance for a free ride to the hospital, she was unlucky: her arteries were mostly blocked; there would need to be open-heart surgery. They assured us she would be fine and asked her favorite grandson to convince her to have surgery; she was scared, but I did as they asked, and convinced her to undergo the surgery during which she died.

It was one of those things that happens. It still seemed grossly unfair. That our family members have to die, that our friends have to die, that the entire world will cease to exist for all of us, likely long before we’ve prepared. And, here we are, wasting a third of our life sleeping and probably more than that in futile and stupid pursuits and distractions. So, remember brother, death awaits thee!

This week, I finished the third volume of “In Search of Lost Time,” which brings us halfway through the entire work. In this volume, Death now sneaks up on our hero, making two appearances, halfway through and at the end. In fact, the first time young Marcel encounters mortality is when his grandmother is taken from him. At one point, the narrator comments that each face we love is, for us, a mirror of the past. As time passes, we remember ourselves through them. But, now, the face of this person who is perhaps closest to our hero reflects only time’s passage and her body’s frailty. 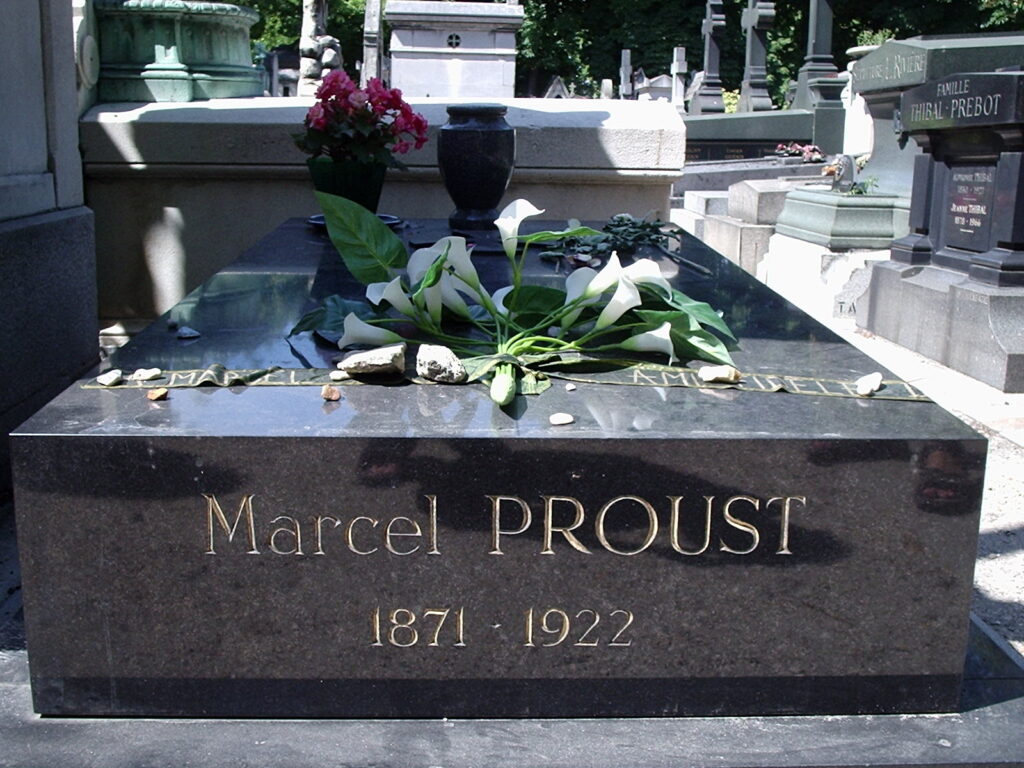 Once again, I’m struck by just how well this very long work of literature is structured, almost in an invisible way. In the first half of “The Guermantes’ Way,” the young hero climbs his way up the social ranks inching closer to the Duchess de Guermantes, with whom he imagines himself to be in love. Just at the point that we’re starting to tire of these glittering snobs and think our hero is becoming a bit of an irritating social climber, his mother chastens him for becoming an irritating social climber and he snaps out of it. He remains fascinated with these people, but more from a sociological perspective. He’s starting to see them as a writer might.

And then, his grandmother’s health starts to worsen. He takes her for a walk in the park, as they always have, hoping it will improve her health, and instead she suffers a stroke there. The doctor they call tells them she is suffering from uremia and is likely doomed. As she takes to her sickbed, their friends and family surprise them by who comes to see her, who avoids her, and who is dedicated to being with her until the end. Our narrator is surprised to see his novelist Bergotte friend making regular visits to see his grandmother. Bergotte himself is growing ill and will not live long, and soon it seems his writing will be forgotten for the latest genius to appear. Proust tells us that great art forces a change in us; their art submits us to a perhaps unpleasant treatment, but afterwards:

lo and behold, the world around us (which was not created once and for all, but is created afresh as often as an original artist is born) appears to us entirely different from the old world, but perfectly clear. Women pass in the street, different from those we formerly saw, because they are Renoirs, those Renoirs we persistently refuse to see as women.

It is often said that the arts don’t evolve in the same way the sciences do, but Proust disagrees; in the arts as well, genius forces our perceptions to evolve.

I’ve been thinking often as I read these books how it is that Proust can convey things like the pleasures of a painting or a sunset without becoming sentimental, and I think it’s because he aims to depict reality as it is. The chapter on his grandmother’s slow death might seem pitiless, but it affects a change in our hero that we can barely see, and it’s never cloying or syrupy.

We sense that our narrator has grown up in some way, nonetheless. Now that he has lost his romantic interest in Mme de Guermantes, she takes an interest in him, inviting our narrator to a dinner party that takes up nearly two hundred pages of the text. 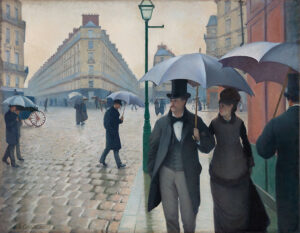 It’s a bit hard for us, I think, to fully understand the social distinctions in Proust, living in what he calls a “reconstructed society,” where such distinctions supposedly don’t matter. What he’s doing, with all of these endless dinner parties and social outings and observations, is illuminate all of the various strata of Belle Époque France, each one of which has its own strange snobbisms. It is one of the subtle jokes in the novel that even the housekeeper has social lines she will not cross and people who she finds untouchable. In Combray, the lower-middle class strivers cluelessly snubbed Swann; and anyone who’s lived for too long in a small town has met this type of big fish passing their cruel judgments from their small pond. Now, our hero has reached the level of the nearly-mythic Ancien Régime aristocracy, the “purest, the oldest blood in the whole of France.”

And what are they good for? To the ascendant bourgeoisie, the old aristocracy probably seems worthless. In vulgar terms, they have no economic function. At best, they’re landlords, which is to say an unproductive class. Many of them simply live off their names and titles and have no real wealth In the coming commercial society, they are effectively worthless. And perhaps a bit behind the times. 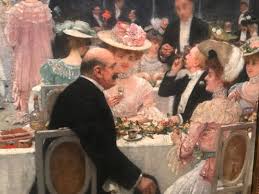 Enjoy it while it lasts.

But, what they do have is class that wealth cannot buy. Proust finds them fascinating, and I do too, because the chipped and faded aristocracy keeps alive values completely different from ours in commercial society. It is important for them to know how to bow and shake hands; to know which artists and writers are worth lauding; to be well-versed in art, architecture, literature, and music; to somehow maintain civilization in its best form. They live by their taste and breeding, unlike the new money bourgeois they exclude, and which generally hates them. Ridiculous, though it may seem, the aristocracy, Proust tells us:

in its heavy structure, pierced with few windows, admitting a scant daylight, showing the same incapacity to soar, but also the same massive and blind force as Romanesque architecture, (embodies) all our history, immuring it, beetling over it.

We tend to misuse the word “curate” now, but a curator is a guardian of a collection, usually in a museum. The aristocracy at this point is sort of a reliquary, and they preserve historical styles and forms, largely through exclusion. They admit our hero only because of his wit and sensibility. He has an eye and ear to appreciate them. As an aspiring writer (and a bit of a Romantic), he is fascinated by the strange and anachronistic mind of the Duchess:

… it is difficult, when one’s mind is troubled by the ideas of Kant and the yearnings of Baudelaire, to write the exquisite French of Henri IV, so that the very purity of the Duchess’s language was a sign of limitation and that, in both intelligence and sensibility had remained closed against innovation. Here again Mme de Guermantes’s mind attracted me just because of what it excluded… and everything which, by virtue of that exclusion, it had been able to preserve…

When he speaks to her it is as if he is speaking to someone from the middle ages, which he finds understandably charming. And, let’s be fair- most of us spend some time in our teenage years socializing with people we found fascinating who later let us down.

In the end, these glamorous old aristocrats simply fail at being human; every interaction, for them, is a judgment made about the other person; ultimately, they are self-contained and utterly narcissistic. Proust concludes the volume with one of the most subtly devastating scenes in the whole work. Swann comes around to see the Guermantes couple about a piece of art, right before they have to leave for a party. We’ve seen Mme de Guermantes’s admiration for Swann in the past; he is one of the few truly noble characters in the book. And now, Swann too is close to death, suffering from the illness that killed his mother at the same age.

But the Duke and Duchess really want to go to the party. And, well, Swann is now a Dreyfusard, and a Jew, which has become more uncomfortable these days. And, besides, he has that terrible wife… Plus, the Duke is just dying of hunger. So, they assure Swann he will be fine and the doctors are all fools, and rush off, every one of them knowing they’ll never see him again.

The ways we deal with death, or fail to, are what make us most human. And this time, they came up short.

So, on that cheery note, what are YOU reading, watching, playing, pondering, or memorializing this week?