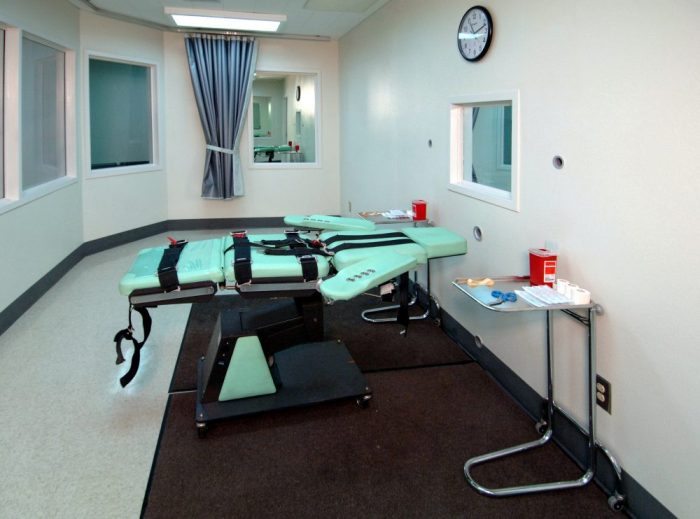 If you pay attention to SCOTUS, particularly on capital punishment cases, you may recall a couple of cases two years ago in which condemned men sought to have the cleric of their choosing present in the death chamber. The first of the cases was Alabama inmate Domineque Ray, a Muslim, who was denied the presence of his Imam even though Christian inmates were permitted a pastor or priest. The Court ruled against Ray on the basis that his application to the Court was “untimely”.1 Shortly thereafter came a case out of Texan of a man named Patrick Murphy, a Buddhist, seeking the right to have his spiritual advisor present.  In Murphy’s case, the Court ruled that the prison’s rules allowing only Christian clerics or Imams in the chamber were discriminatory. Opined Kavanaugh in his concurrence, the state will have to pick one: Either everyone gets their chosen religious advisor, or no one does.

Alabama, of course, opted not to err on the humane side, and forbid the presence of any religious advisors in the death room. Now, two years later, the Court has this issue before them once again, challenging Alabama’s blanket rule.

In an Order issued yesterday in Dunn v Smith, the Court upheld the 11th Circuit’s ruling that condemned man, Willie Smith, Jr., would be permitted the presence of his pastor when he is put to death, over the objections of the state of Alabama.2 Justice Kagan wrote a concurrence to the Order, joined by Breyer, Sotomayor, and Justice Barrett (interestingly, but not surprisingly.) The gist of the concurrence is that Smith’s wish for the presence of his religious advisor at his execution is integral to his faith (which no one denies), and therefore, the state cannot interfere in the practice of his faith without a compelling interest in doing so. “Alabama has not carried its burden of showing that the exclusion of all clergy members from the execution chamber is necessary to ensure prison security,” Kagan writes. Afterall, up until two years ago, the state permitted –nay, required — the presence of the prison Chaplain (typically Christian) at all executions. Only after the Court deemed it unconstitutional to allow clergy of only one faith did the state find their presence a security concern. Furthermore, several other states and the federal government have had no security issues arise from allowing the condemned the comfort of their chosen spiritual advisor.

Justice Kavanaugh penned a dissent, joined by Chief Justice Roberts, which is short and devoid of analysis, other than to declare that the policy was not discriminatory (which is not argued). As to the point that the prison’s rule violated religious freedom accorded to prisoners because the prison has not shown a compelling interest, Kavanaugh’s response is, basically, “nuh-uh!”

The Dunn v Smith Order states that Justice Thomas would grant the state’s request to proceed with execution, but we are left not knowing where Justices Alito and Gorsuch came down on the issue. At least one of them had to have agreed with the majority, but we don’t know who. However, the dissent written by Justice Alito in the Murphy case, joined by Gorsuch, could shed light. While they would not have granted Murphy a stay because of what they considered an untimely filing, they left the door open to the substantive underlying religious freedom issues. In fact, a footnote in the Murphy dissent predicted Willie Smith’s case:

If States respond to the decision on Murphy’s stay application by banning all clerics from the execution room, that may obviate any conflict with the Establishment Clause, but a prisoner might still press free exercise claims.

Now that the Court in Dunn v Smith has ordered the stay of execution be left in place and that the state must accommodate Smith’s request, we will have to wait for another day and another case to know where Alito and Gorsuch ultimately came down on the issue.