The Media, or Try Consuming News Like A Grown Adult 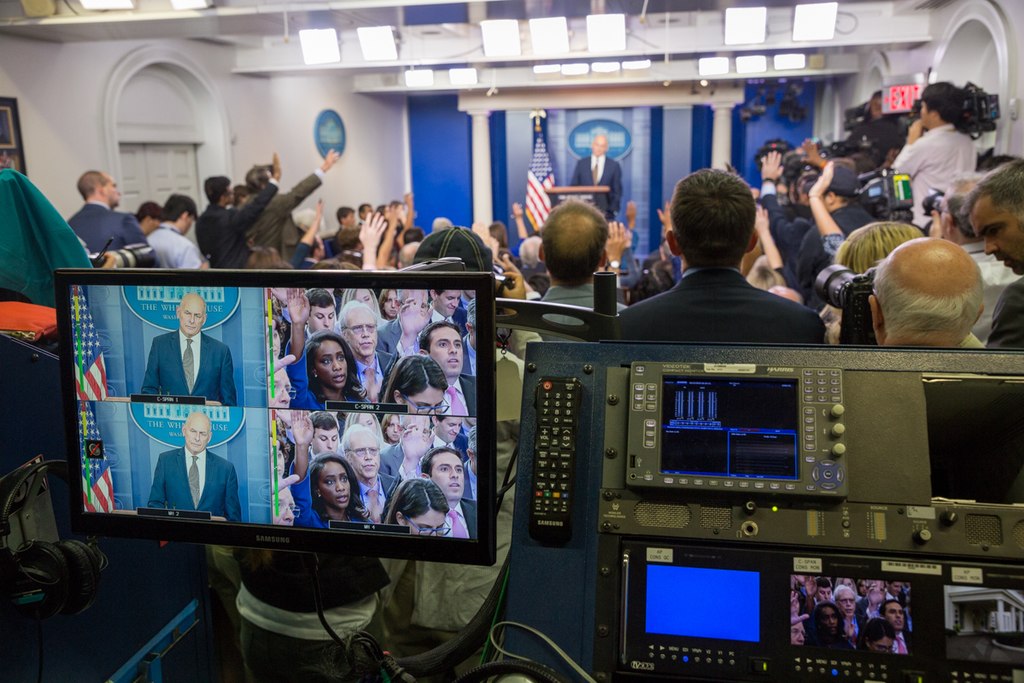 Among the many wailings and gnashing of teeth that rise above the cacophony of the public discourse and into a place of permanent incantation, “The Media” is now a phrase so ingrained in the vernacular that it has taken on a life of its own. “The Media” is against us, or is biased, or is in cahoots with x, y, and z. “The Media” is controlled by [insert boogeyman of your choice here] and is out to get [insert your preferred group identity here]. Humans are simple creatures and love such plug and play formulas, and the omnipresence of modern media is just too easy a variable to slide into such equations.

Frankly, I’m tired of the lazy caterwauling about “The Media”.

Consider that you — yes you — have on whatever device you are reading this the power to almost instantly and certainly within a few clicks have access to the entire breadth and depth of human knowledge. All of it. From Hammurabi to whatever was tweeted ten seconds ago. In the palm of your hand or next tab over on your desktop you can — quite literally — find out anything about anything. No generation in the recorded history of humanity has had such power at their fingertips.

And we mostly use that power to send cat pictures, make fun of celebrities, and complain about talking heads on network news.

Media, and journalism in particular, are fine and honorable professions on the whole. Like a lot of things those of us in the public opining business get to painting with too broad a brush and lump the good with the bad and make far-too-sweeping generalizations. Of course there is bias in the media; that is because “The Media” is like any other industry and is full of people, and people have biases, experiences, aspirations, and goals like everyone else does that color everything they do.

Let us take political media for example. The heartbeat of political news reporting traditionally has been the White House Press Corps. Those who crowd into the Brady Briefing Room, or the rope line on the South Lawn to shout questions, and otherwise follow the president around when not doing their standups are supposed to be the link to the highest office in the land, reporting on the goings on of our leaders. Most of them do fine work, and the assignment is seen as a crucial steppingstone in a media career ladder for a reason. But with all due respect to those folks plying their trade over what used to be FDR’s swimming pool, technology means they are only a part of our media story, not the be all, end all they once were.

That amazing modern technology, that ability to find information instantly, should also change how you consume media. The White House since President Biden took over has done an impressive job of getting almost everything they do from executive orders, to official call readouts, to transcriptions of the press briefings themselves up on the White House website. You can read, for yourself, the news and news-making events coming from the executive branch for yourself almost as soon as they happen. That’s not to say it replaces the White House Press Corps, but a responsible news consumer now has the raw information to better put into context the shouted questions and back-and-forth that goes on in the Brady Briefing Room.

More and more, the WHPC is a function of access journalism, of being there, developing relationships and sources, and bringing some insight that requires physical presence. There will always be a need and place for that. At the same time, the average American can use the technology available to contour the media they consume to have a wider picture and keep such access journalism in proper perspective when “sources tell me”-type stories come up. There is no such thing as a leak, you see, only messaging that folks want to get out, trial balloons to float, and narratives to shape. Knowing the who, what, when, and why of what the White House and the media covering it is presenting — and how it is getting to you, the news consumer — are all important parts of discerning events as they unfold. You can find out when someone is spinning, lying, or hiding something, because you’ve already looked into it yourself. You can tell which questions from the press corps are pertinent and which are silly based on what you’ve already learned. You can tell if the person at the podium is being consistent in their messaging or trying to run game contra what the messaging has previously been, and filter it through your own research of history both past and recent. And you don’t have to rely on a go-between talking head to do so.

Or, you can do what too many folks do and just watch the media story as presented to you and complain about it if it isn’t your flavor of choice. Which is not only unproductive, but unhealthy and frankly lazy. Much like sports fans who complain about their lousy team and its bad management, if you are just continuing to shell out your money, time, and viewership to that poorly run franchise, you as the consumer are giving them no incentive to change. And you surely are not improving your lot in life by being miserable. Nor does complaining do anything for them, and even less for you.

The grown folk, adult reaction to the changing media environment and technology available to us is to be proactive about the part of media you can control: your consumption. Media, and news media in particular, is not static. It is changing rapidly. The changes in the traditional advertising-driven model of media as technology becomes omnipresent in daily life means growing pains both for media companies and consumers. On a practical level, consumers of the news should make a point to support outlets, reporters, opinion writers, and others they find to be worthy of their time, and share and recommend them to others. The truth is, everyone is their own media outlet these days. Have a Facebook account? You are a media outlet. Have a Twitter, an Instagram, any social media where you share your opinion with the world? You have a media outlet. Granted you might not be CNN, but having a mindset that folks within your realm of influence listen to you is a healthy thing to consider when contemplating what news to share, and from who you are getting it. Consider what you want your own reputation as a reliable source to be among your friends, family, and followers. Don’t yell at the talking heads on TV for being biased, unreliable gasbags if you are being one yourself.

Furthermore, if you really want to make a difference, media is readily a participatory thing these days. That social media account of yours can put out your videos, your writing, your opinions, just about anything you want to say for the wider world to hear. It is no longer a matter of getting past gatekeepers of traditional media to get your voice heard; it’s just a matter of putting in the work of showing what you say is worthy to hear. Using myself as an example: I didn’t go to school for writing, I don’t have all those letter combinations after my name, nor did I have ins or know folks “in the business”. I just started doing it. I’ve been fortunate that folks who do know about the media noticed and promoted, helped out, and gave me opportunities as I went but mostly anything I have accomplished in the writing and media realms is from just putting myself out there, putting the time in, and putting out stuff folks seemed to want. People are screaming for content, and if you can provide some, there is an outlet out there for you.

The lazy caterwauling about “The Media” rings hollow these days mostly because we as a people have never had more options, more availability, and more control over the media we consume. The White House is putting out the source documents and transcripts of what they are doing for you to read, check, verify, and draw conclusions on. Almost every major court case in the news has the actual legal documents available for you to read yourself with minimal searching. The entire breadth and depth of human knowledge is available to you in the palm of your hand to put context on current events. The only missing ingredient to this being an era of excellent media consumption is your personal level of effort and give a damn.

Media consumption in the United States of America is a voluntary activity. You are the media you consume. If your media isn’t working for you, that’s a you problem. Adjust accordingly.