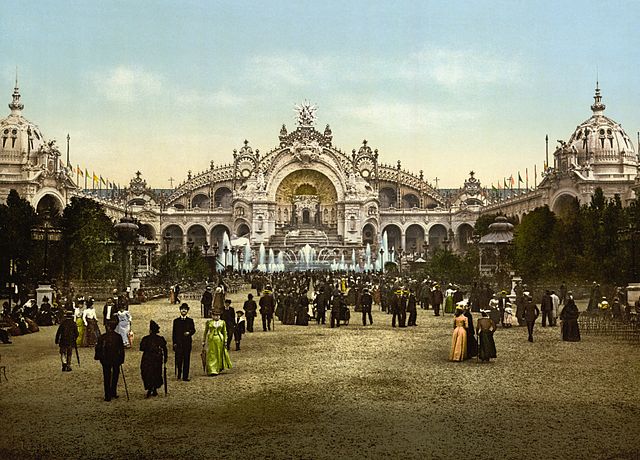 The nice thing about first loves is we survive them; and, usually, we improve upon them with later loves.

When we left our narrator in the first half of Proust’s second volume, “In the Shadow of Young Girls in Flower,” he had talked himself out of his love for Gilberte Swann. And, perhaps, he talked her into loving her in the first place. Proust suggests the boy might have loved the girl partly because he was fascinated with her mother and father. Love, for Proust, is largely self-generated- it arises from somewhere within our imagination and is projected onto its object, in probably much the same way an artist shapes raw material to correspond to their inner vision. That was essentially the case for Swann and Odette, as well as Marcel and Gilberte; in both instances, there was an initial infatuation and intense need, followed by a rapid disillusionment and cooling.

Before our hero moves on, though, Swann gives him some advice and then immediately realizes it hits close to his own home:

“Highly strung people should always love, as they say, ‘beneath them,’ so that their women always have a material inducement to be at their disposal.”

This was, of course, what Swann did with Odette and she has grown into the role of trophy wife. It would never have happened with Gilberte, who was of the same class as our hero. Swann hastens to add:

The danger of that kind of love, however, is that the woman’s subjection calms the man’s love for a time, but also makes it more exacting. After a while, he will make his mistress live like one of those prisoners whose cells are kept lighted day and night to prevent their escaping. And that will only end in trouble.

Having “married up” myself, I’ll note that it’s not so far from being an employee; it kind of sucks. And, the narrator realizes, in retrospect, that this was prophetic advice he should have heeded. So I was struck, once again, at the structure of In Search of Lost Time is- here we have foreshadowing for what will happen thousands of pages later in a relationship that will be first initiated in the character’s teenage years, later in this volume. But, this pattern- of rich man and “kept” love- will repeat throughout Proust’s work. Milton Hindus suggests that Proust’s hypothesis on the matter might be “that such jealous love is created in the need of self-punishment in a rich, spoiled child”!  Well, the characters get what they deserve, good and hard.

But, before things get too heavy, let’s go to the beach! 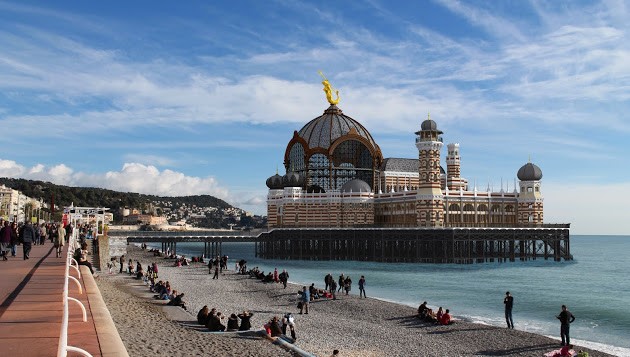 The second half of “Young Girls in Flower” takes place two years later, when the narrator goes to the seaside resort town of Balbec with his beloved grandmother and their housekeeper Françoise. The town is based on Cabourg, in Normandy on the Côte Fleurie of the English Channel. It has a very mild climate ideal for dreaming; the days are slow and leisurely and the summer seems to last a lifetime. Proust is generally more a writer of sensation and reflection than action and events anyway, but his pace here captures that summer feeling in which very little might happen, but every chance meeting is momentous. Marcel is perhaps sixteen now and will make new acquaintances here that will have a life-long influence upon him.

The most striking of them is Robert de Saint-Loup, the thin white marquis who makes a grand entrance at the hotel with his fair skin and golden hair and dressed in “clinging, almost white material such as I could never have believed that any man would have the audacity to wear.” On everyone’s lips in high society, this highly precious dandy might be considered “effeminate” were he not a well-known womanizer. At first, he seems cold to our narrator, but this is customary behavior for a “young lion” of the Faubourg Saint-Germain, and he soon turns out to be an ideal friend: a junior officer who is kind, considerate, and constantly self-effacing. Saint-Loup is a member of the Guermantes family, who are members of the wealthy old aristocracy- to our narrator, they might as well be deities- and the young marquis is constantly trying to reassure our hero that he doesn’t look down upon him. 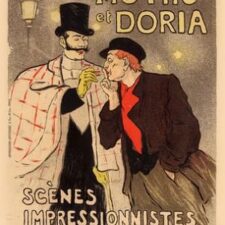 Just as important for his later life, Marcel also meets the painter Elstir, who takes a special interest in our narrator as someone he recognizes is “devoted to the arts”; he is, by comparison, relatively cold to Saint-Loup. Elstir is not yet a famous painter, but some have already noted his genius, and our narrator notes how famous he later became. Possible inspirations were Monet, Whistler, and Moreau. Elstir, we are told, aims to paint what he sees around him “poetically” and really it doesn’t matter what he sees; only that he sees it. Our narrator is one of those romantics who thinks that art must be about beautiful subjects, that the burgeoning industrial world is too ugly and depressing to depict artistically. But, in Elstir’s studio, he realizes: “The particulars of life do not matter to the artist; they merely provide him with the opportunity to lay bare his genius.” He is amazed at how brilliantly Elstir depicts a common milliner, for instance. As noted before, a madeleine is something common and insignificant, yet the taste of one triggers hundreds of pages of fictional memories in this novel. Our hero still cannot write, but here in the painter’s art studio, he sees for the first time, “the possibility of raising myself to a poetical understanding, rich in delights, of manifold forms which I had not hitherto isolated from the total spectacle of reality.”

And, perhaps to do so, would be his art.

Our hero is surprised to find that Elstir already knows the Verdurins and Swann. But, even more importantly, he knows the “little band” of young women our hero has seen walking down the esplanade in front of the hotel earlier, who made such a strong impression upon him. On the reader as well- it was one of the scenes I recalled most vividly from the book. In a movie, it would be in slow-motion no doubt: 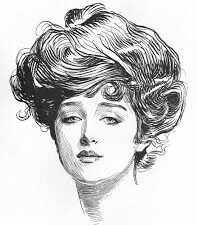 the girls whom I had noticed, with the control of gesture that comes from perfect suppleness of one’s own body and a sincere contempt for the rest of humanity, were advancing straight ahead, without hesitation or stiffness, performing exactly the movements that they wished to perform, each of their limbs completely independent of the others, the rest of the body preserving that immobility which is so noticeable in good waltzers. They were now quite near me. Although each was of a type absolutely different from the others, they all had beauty; but to tell the truth I had seen them for so short a time, and without venturing to look hard at them, that I had not yet individualized any of them. Except for one, whose straight nose and dark complexion singled her out from the rest, like the Arabian king in a Renaissance picture of the Epiphany…

Oh, but the one, Albertine, will eventually become all important. He is still at that age, however, in which Beauty is something we carry inside us, ready to place it upon every passing stranger. As he gets to know her, with Elstir’s help, our hero will come to realize that the real Albertine “was scarcely more than a silhouette, all that had been superimposed upon her being of my own invention, to such an extent when we love does the contribution that we ourselves make outweigh- even in terms of quantity alone- those that come to us from the beloved object.” We invent our love and then, in relationships, we run an experiment to see how close we come to approaching reality without losing the illusion. One day, this love will change both their lives, but it’s doubtful they will ever know one another.

And do we ever really know other people? Goodness, by the end of a lifetime, it’s a wonder if we know ourselves!

So, what are YOU reading, watching, pondering, playing, or reminiscing about this weekend?