You Can Pick Your Friends 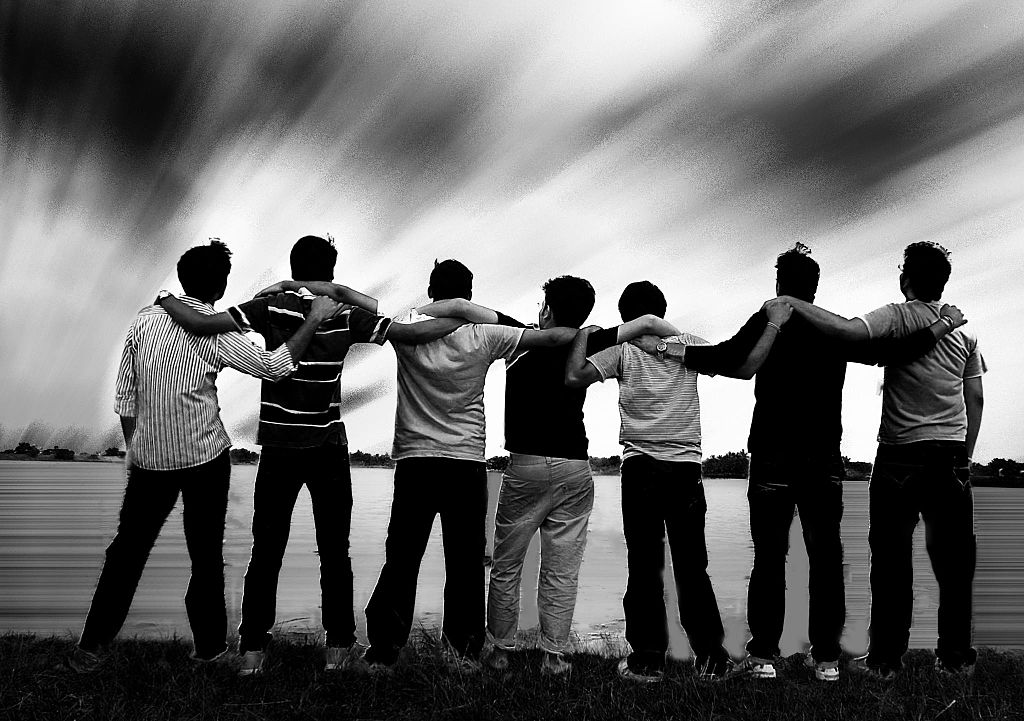 Photo by Vaibhav Sharan, CC BY 2.0

“The greatest thing you ever can do now is trade a smile with someone who’s blue now” is a line from the Led Zeppelin song “Friends” off of their third album. It’s a good song by the group that is a reminder to the listener of how important it is to be a friend, no matter what the circumstance.

Friends. If you are lucky, you have one. I have written about time spent with some of my childhood friends when I took part in the Ordinary Times Gaming Symposium back in February of 2020 https://ordinary-times.com/2020/02/25/symposium-rolling-the-dice-on-a-rainy-day/  I wrote about the times we spent just being kids. What it was like before I became a teenager.

Things changed when I left the “sheltered life” of my elementary school for junior high. It was downtown, and kids from all over the city were there. Located right behind part of the steel mill, it was a culture shock at first but I soon adjusted. I made friends in that first year that I can still count on 40 years later. Mind you, I have made other friends since, people that I have learned so much from. Whom I can call anytime and they will let me rant, blow off steam and offer me advice. However, the ones from back in the day are special.

Of course, as the years have gone by some of us drifted from each other but never far enough to lose contact. Life gets in the way sometimes. You move away (as I did when I turned 18), you get married, start a family, or career; things come up that cause you to focus on what is in front of you. Before you know it, a month or even a year goes by. Then one day you’re driving to work or some other mundane task and you think, damn, I need to give John a call. Sometimes you actually do, sometimes not as something comes up that grabs your attention away from the thought. Again, life gets in the way.

2020 was one helluva year for me and my family. It began with the highest of highs when my wife and I found our son whom we placed for adoption 33 years ago. It ended with the death of my parents within three weeks of each other, my mother passing on December 30th. I got to meet my son, his wife and my new grandkids in March for the very first time. I also got to share that experience with my friends. None of them knew about my son; it was a secret that only six other family members on my wife’s side knew about. I couldn’t wait to tell my buddies the story. A story that I plan on telling to all of you eventually, because it is just too damn good not to.

My friend Rick’s life experiences growing up and the talks we had about it helped me when it came time to find our son. My wife’s friend Lori helped her in the same way. Soon I was able to tell my other close friends. They were all floored.

My friends have been there for me through thick and thin. So many times I cannot count.

Back in 1998 I was involved in a serious industrial accident. Everything changed in the second it took for that machine to maim me for life. Of course, my family was there to back me up. I had a coworker tell me something though that I have carried with me to this day whenever I find myself in situations, whether good or bad when I need a friend. He came to see me with some other fellas from the plant after I had three out of the four operations. He said “David, you’re going to find out who your real friends are and who are just acquaintances.” Even though that guy ended up being one of those acquaintances, his words stuck with me.

When my father died I did not know it at the time but my friends would come to me in their own way, in their own time to help me through. I was so stunned about my Dad that I was running on autopilot when out of the blue, one of my oldest friends called me as I was driving. Once he offered me his condolences he did what he could to take my mind off what had happened. I was on my way to my dad’s house when he called and the next thing I knew I was there. I looked in my rear view mirror and so was he. He came in and sat with me and we talked. He was experiencing similar situations that I was at the time with his mother. The things that he told me that day prepared me for what I was about to face with my Mom. That random visit helped me to maximize the time I ended up having left with her, as she would be gone in 14 days later. My other friends were there too, supporting me through the tragedy of losing both my parents so soon.

At the end of the day though, it has been my best friend that has been there for me all along. Through all the trials and tribulations, the ups and downs. The one who holds me up when I am fall down. The person who is there to celebrate the good times, who believes that I can do anything. That person is my wife.

When looking back over last year, I have realized how truly blessed I am. I have my health and I have my friends and family by my side to face whatever 2021 is bringing my way. I can only hope that I can repay them all by being the true friend that they are to me. It is the least I can do.

Ben Franklin said it best: “Be slow in choosing a friend, slower in changing.”