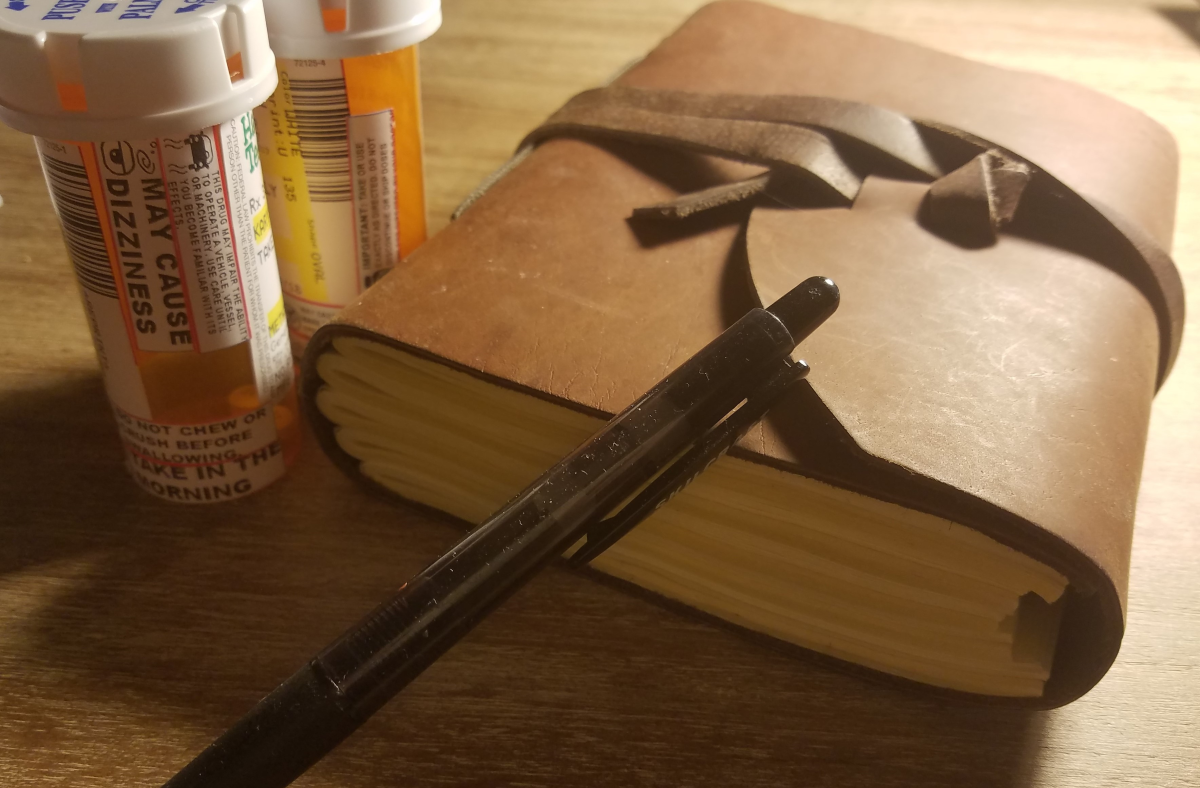 “Re-examine all you have been told” wrote Walt Whitman: “Dismiss what insults your soul.”

So why do you even bother with politics, anyway? Why bother engaging on social media, or watching the news, or trying to keep up with current events and the news of the day? The notion of “standing athwart history and yelling, STOP” is one that, for the most part, will get you summarily ignored if not washed away in a tidal wave of inevitability, trampled under by the tweeted hooves of stampeding group think. Why not just despair and tune out, cultivate your social media feed to only pleasant things, and let the world go to hell if it so chooses, as long as it doesn’t interrupt your streaming of the latest shenanigans of 90 Day Fiancé: Every Which Way?

I can only speak for myself. When I first got my Twitter account in October of 2017, it was the first social media of any kind I had ever participated in. I wrote a few months later, in one of my first public pieces:

Understand, at 37 years of age, I had never had any social media account and rather despised the concept. However, my decision was not without sound reasoning. I have always been a follower of current events and politics, and most of the media now is using the medium as a companion to their official writing, reporting, or punditry. Being a historian at heart and a person who still deeply loves his country, it seemed like the appropriate outlet to dabble and engage in areas that interested me, and in a small way participate in the public discourse. The truncated format keeps things brief, and it was a controllable environment; unlike being in a public, crowded, noisy place full of potential triggers, a phone can be put down or turned off. Even as a public platform, a certain degree of anonymity remains as I am a virtual nobody, pun intended.

Mostly, though, I wanted to see if I was still sharp enough mentally to compete in the arena of ideas.

I set some ground rules for myself that have served me well. I do not carry any debate from Twitter over to actual people in my life; I discuss politics, current events, or anything else I engage on twitter with the real people in my life rarely, if at all. I don’t throw bombs or act outrageous just for the attention. I try not to put anything on a tweet I wouldn’t say in person. I don’t insult people on a personal level or based on their looks. I try to be fair; if I’m wrong or mistaken, I say so, and if I’m right, I try to know when to be comfortable enough in that to stop arguing. In other words, many of the principles for good mental well-being in real life also apply to social media. Tweet at someone the same as if you were talking to them is a pretty good rule of thumb. I do not always measure up to my own standards, but they are there, and I am getting better at it all the time.

I revisit that piece — the one that first caught some attention from folks who thought enough to share it and led to the writing opportunities I have today — because we are certainly in a time of change in politics, the news media, and in the wider online commenting community where I spend much of my time and energy. As the Trump Presidency comes to an end and his second impeachment is now on record, it feels appropriate to take some stock of the last few years.

The 2016 campaign for president was something I watched attentively, mostly because I had no choice. I spent August, September, October, and the first part of November at Duke Hospital. Voting in the 2016 election was the first time I ventured out other than coming home from the hospital. I did so at the ADA compliant station, as I couldn’t stand for very long and still had fun things like a J-tube surgically attached and hanging out of me. Social media and the writing that came from it was a natural progression of finding a way to try and have an outlet and be involved in the wider world. I’ve tried to hold to those initial principles and ground rules I lined out when I first started. Some 3 years later, on the whole, I’m proud of the work I’ve put in, and even prouder of the affiliations and relationships among our writing and social media friends we have built.

In the aftermath of recent events I usually took to writing — the election, the attempts by some to talk civil war/secession, the assault on the capitol, the impeachment — and such a constant stream of “bad news” and heavy topic honestly does weigh on you. So many folks are talking about needing a break, or stepping back from politics and current events, having reached their various breaking points and limits. I understand that, and support anyone doing anything they need to do for their own well being, mental health, and families. But recent events have struck me as a call to do even more in whatever limited realm of influence I have to affect good. We should understand that because of the technology of the day, we may well be the most recorded and documented generation in history. Those of us who write publicly should be mindful how the things we write and stances we take may well be available for the consideration of future generations for a long time to come.

As a kid watching Ken Burns’ The Civil War and the voiceovers of the diaries and writing of people of that era, I wondered what they would have thought about their voices being the ones so many would forever hear when thinking of those troubled times. Perhaps we should take that view point, of what someone 150 years in the future might think if ours is the only voice they hear about these times we find ourselves in. If so, how does that change how we write, how we converse, what news we focus and take in, and how we try to explain it to others?

I’m just a guy who started to write because I needed to do something, anything, to feel productive again at a very trying and challenging moment in my life. I do not have the resumes of some, nor the letters after my name and degrees on the wall that are often the main points on a bio. But I have been blessed with something of a platform and a voice to get my viewpoint out. To the best of my ability I use that to pass the same opportunity on to others as well. I want to not eat alone, to raise all boats, to be successful at whatever level I reach with a good group of people coming with me and enjoying therein.

But there is also the responsibility to get things right. Those that may read our writing in the future should know, or at least be able to assume, we were willing to see things as they are as they happen, to comment on the good, but be willing to write the wrongs. Our chief purpose in this age of conspiracy and distrust and anger must be to get to the truth, to explain it as best we can, and cling to it for as long as we are able. If we cling to the truth, even when it hurts us, even when it might look bad, we at least have a fighting chance against the tsunami of unworthy people who would rather advance themselves with lies, and schemes, and machinations of self interest.

We who are privileged enough to write, to comment, to participate in the arena of ideas, must never allow the dust and dirt and grit of that battle to lead us into places where we are not doing so for a purpose. Too many have too easily slipped into the untruths of the moment to expedite their own wants, needs and desires. But that isn’t the way, no matter how much our human nature might pull us towards that in moments of doubt and pain. To put my name on a lie, or lies of the day, would do something far beyond view counts or social media follows. It would injure my soul.

So I re-examine the things of the first two weeks of 2021, and the last four years of the outgoing president, and what I think the next four years of a new president will bring. I don’t know all of what is to come but I can dismiss now what I know for a fact would injure my soul, and be a disservice to anyone present or future who is kind enough to read the words I write.

Do not fall for the easy lies. Fight for truth. Write the wrongs.