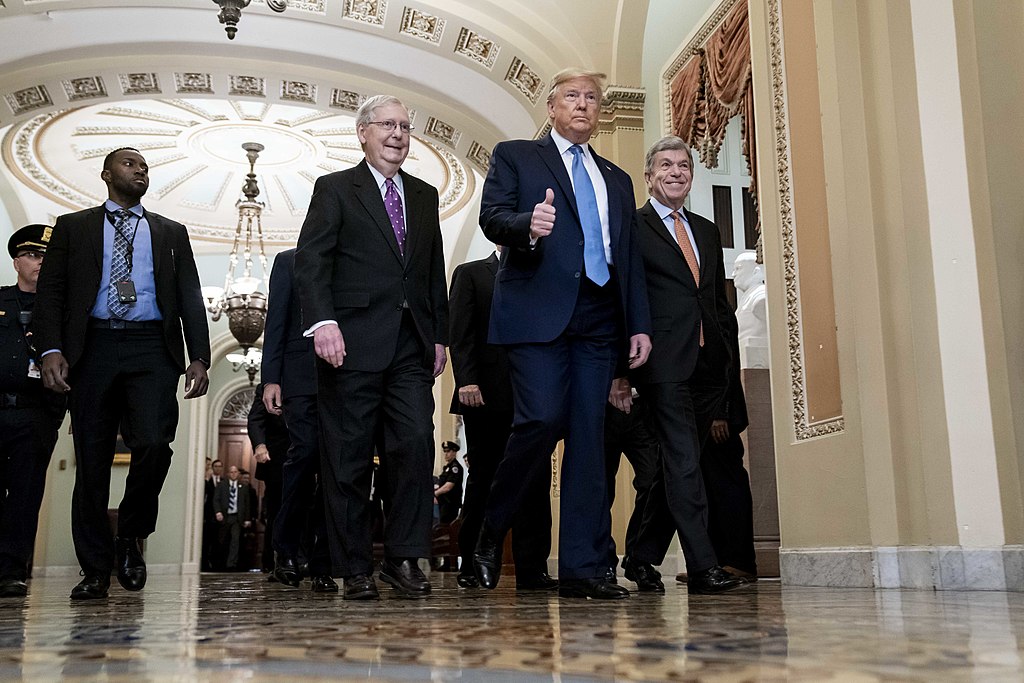 This morning Georgia citizens awake to find that it’s safe to watch the local news again without being inundated by political ads. There are still votes to be counted but as of this writing, it appears that the GA GOP has performed a task that was unthinkable just a few months ago: they lost not one, but TWO Senate seats. Pastor Raphael Warnock has been declared the winner in the special election to fill the seat vacated by Johnny Isakson’s retirement. And Jon Ossoff has a lead over incumbent Senator David Perdue. Given that the remaining votes are in heavily Democratic areas, it is unlikely that Perdue can make up the deficit. There are mumblings about “too close to call” and “triggering a recount,” but for Republicans it’s all over but the shouting. And there WILL BE shouting.

Analysts will be combing through the results longer than Georgia landfills will be combing through discarded campaign flyers, but the deciding factor is already clear: Republicans did not turn out for this runoff election. Apparently, claiming that the LAST election was stolen and that the Democrats manufactured votes did not motivate the base to turn out for another election. Go figure. This is a reversal from the LAST time we had a Senate runoff in 2008. Back then, minority voters who turned out in droves for Obama didn’t show up for the runoff and Saxby Chambliss won with 57% of the vote. This time, Republican voters in rural areas that set record levels for Donald Trump decided that supporting his two toadies in the Senate wasn’t worth the gas money to the polls.

The blame and finger pointing will commence soon. Clearly, the deciding factor was Trump himself, because he’s been the largest motivating factor in our society since he descended the golden escalator in 2015. The GA GOP has been in a literal no win position ever since. Denounce Trump and his supporters stay home, and they lose. Support Trump and they drive away principled conservatives and moderate swing voters, and they lose anyway. Republicans have spent the last 2 months humoring Trump with his ridiculous claims of a stolen election to keep him on board until this Senate runoff was over. But that backfired spectacularly. The state party believed that the key to victory was to keep dragging Trump out for big rallies in rural areas to fire up his base. And Trump has gladly complied. Why would he pass up the opportunity to grandstand in front of adoring crowds again? But each time he came, he brought more headaches for Republicans. He attacked the Governor, the Lieutenant Governor, the Secretary of State – all of whom have publicly supported him. He’s made threats and hurled insults and quite frankly, Georgia voters are just sick of it. His continuing presence just motivated the Democrats to keep fighting. And it cost Republicans everything. Critics can’t claim that the two candidates didn’t support Trump hard enough. Perdue has been one of his biggest backers in the Senate. And Loeffler had announced at the last campaign rally with the president Monday night that she would object to certification of Georgia’s electoral votes in today’s Senate hearing. (No word from Loeffler if she still intends to show up and perform her last act of servitude.)

Democrats are busy high fiving each other this morning, but they did not WIN these elections. Republicans lost them. All they had to do was get the same voters who showed up in November to come back again and they failed. But credit to the Democrats for doing the hard work: knocking on doors, making calls, getting people rides to the polls. Republicans have sneered at the whole “Did you make a plan to vote?” mantra. Who needs a plan to vote? You just go do it! And Democrats did in record numbers. Republicans stayed home. Republicans have ridiculed Stacey Abrams for the last 2 years for claiming that she won the 2018 Gubernatorial race, but she hasn’t been the one holding rallies and making unsubstantiated claims on Twitter. She’s been out registering voters and building a campaign machine. One that worked better than her critics anticipated. I am honestly not surprised that Democrats were successful here in Georgia. I am stunned that they were successful in a runoff election with two extremely liberal candidates who have never held elected office before.

Another big contrast in the campaigns has been the tone. Democrats were cheerful and upbeat. Warnock ran delightful TV ads showing himself walking the dogs. Campaign workers were upbeat and polite even when insulted by text. Compare that with the Republicans campaign message that DEMOCRATS ARE COMING TO GEORGIA TO TAKE THE SENATE AND TRANSFORM AMERICA AND LIFE AS WE KNOW IT WILL BE OVER! They say candidates run negative campaigns because they work. Until they don’t. Hopefully, there’s a lesson in there for both parties. Republicans made it clear that everything was at stake for not just Georgia but the entire nation. And they still lost.

So, the Republican Civil War starts today. Lines will be drawn between the Trumpist and what’s left of the reality-based GOP. There will be blood. The only question is: will there be anything left of the former Grand Old Party for the winning side to control?