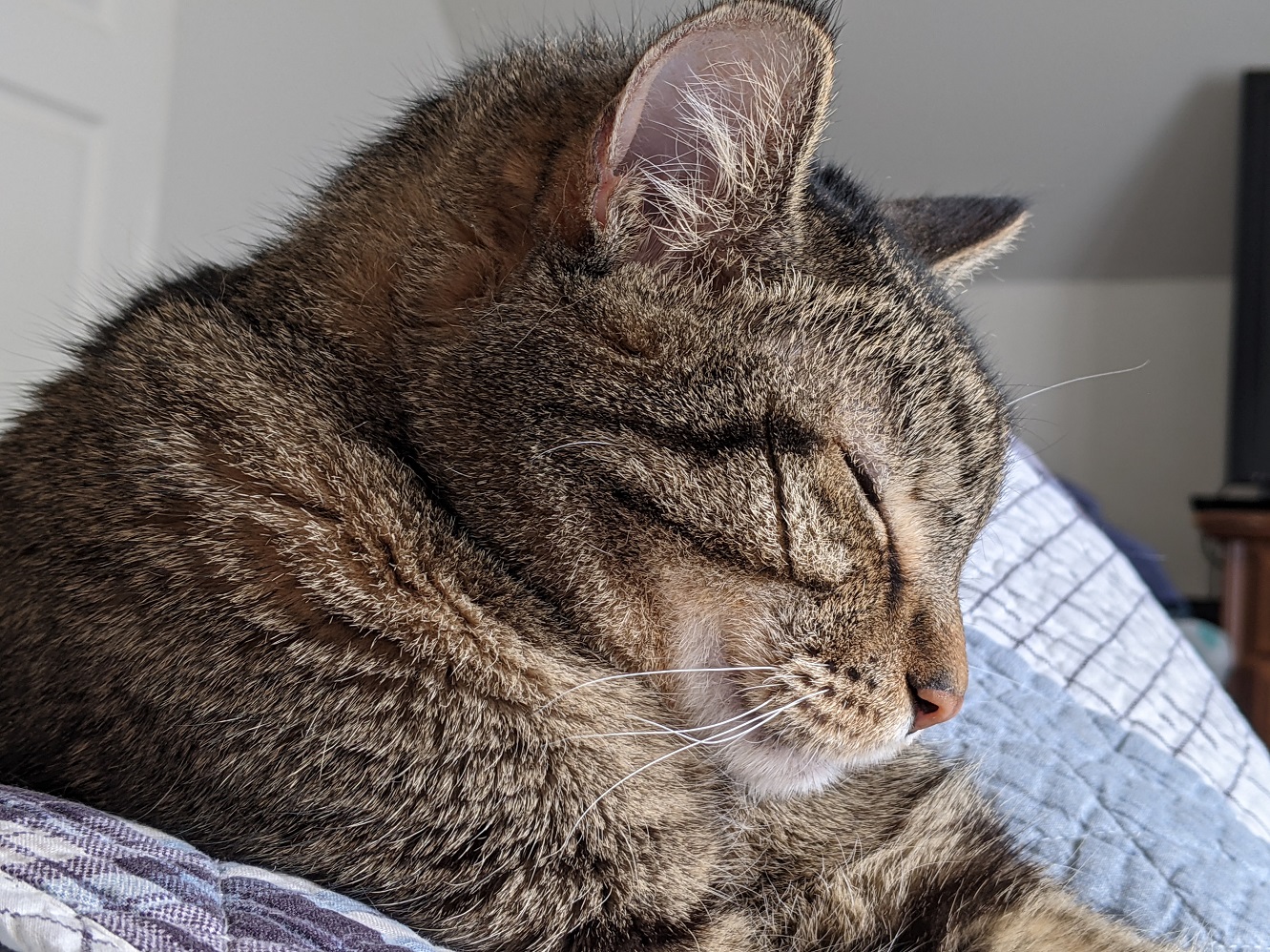 Let’s face it: it’s been a long year. A rough year. Heck, I had it *EASY* and it was a rough year. So it’s good that it’ll be behind us soon. And, yeah, it looks like January and February are likely to be rough too.

It’ll be nice to go on vacation instead of a staycation. It’ll be nice to just go back to work. Build a server. Go over and ask a question of the change management team, talk to the programmers, talk to the hardware guys. Wander over to the cubicle of my buddies and say “who wants to go to Culver’s?” and just drive over to Culver’s. Talk about pop culture with friends. Oh jeez, go back to playing board games on Saturday nights.

2021 is going to be better than 2020. And this is the first New Year’s Eve where it feels like that not just plugging numbers pro-forma into a formula.

And this weekend is going to be the first weekend of 2021.

(Featured image is “Giving Thanks for Naptime”. Photo taken by Maribou.)