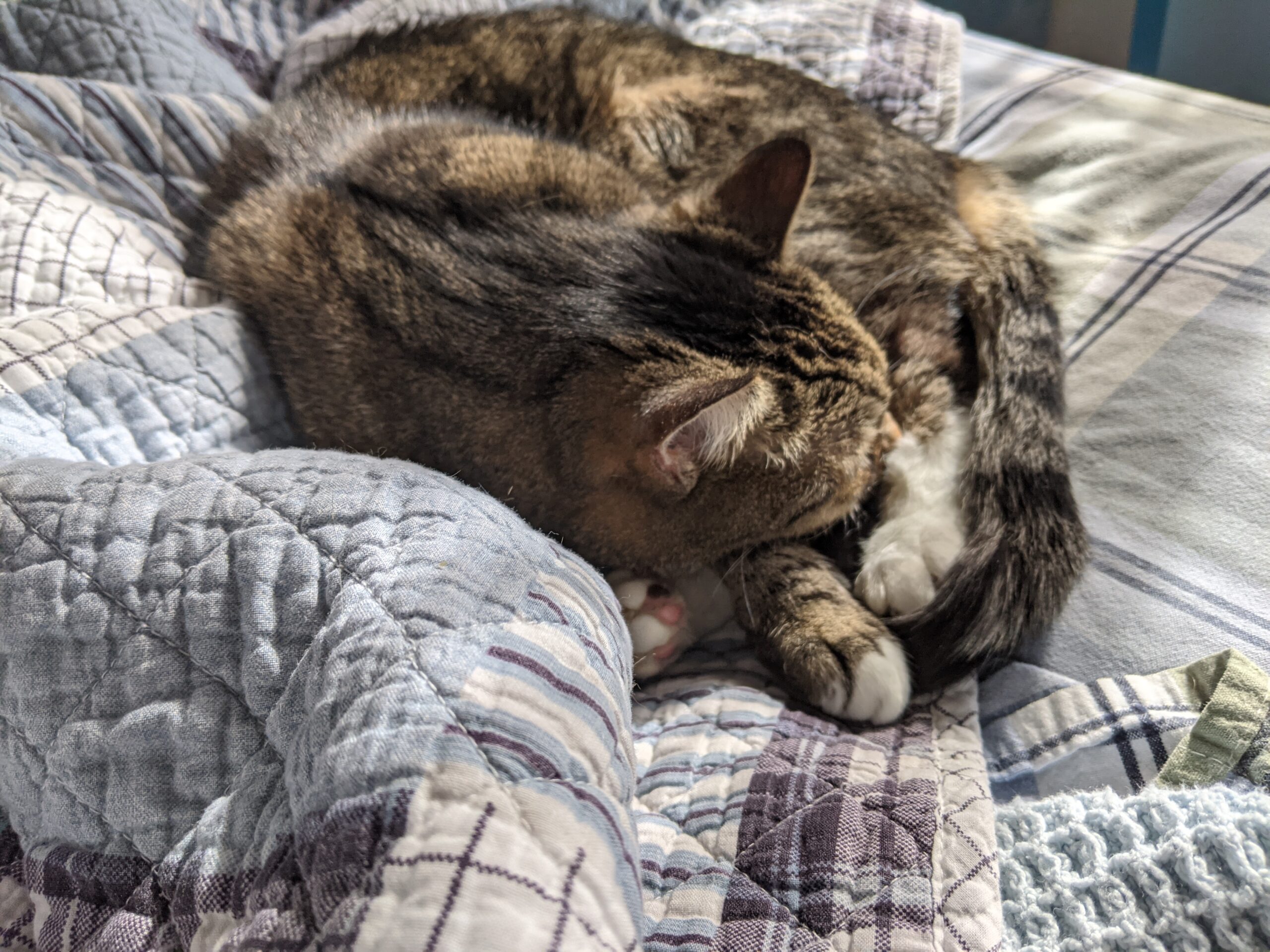 Apparently “tinsel” only refers to a long thread. When in long narrow strips not attached to thread, it is called “lametta”.

Okay. I will edit my documents instead.

Seriously, when the developer called me to ask about expanding /var, my heart leapt into my throat and I had a blast for about 30 minutes. And then… back to Word.

Which means that vacation starts TONIGHT.

We’re doing something nice. Mom had covid about a month ago and she had one of the milder strains. She basically slept 16 hours a day and spent the rest of her time taking vitamins. So we did some calculations and said that, yep, she’s not going to give it to us if we go over there and we’re not going to give it to her and so… we get to go over to Mom’s for Christmas Eve. She’s getting pierogis and sour cream and we’re going to sit around and open presents (token ones, this year) and talk about how crazy the year has been and how we hope that next year won’t be crazy.

We’ve gotten the deliveries from the grocery store and have checked our supplies and we are poised to have a weekend with minimal errands, minimal chores, and minimal stress. The kitties have their packets, Maribou has her books and box sets and podcasts, and I still have Cyberpunk 2077.

From us and ours to you and yours: Merry Christmas and a Happy New Year!

(Featured image is a creature not stirring. Taken by Maribou.)